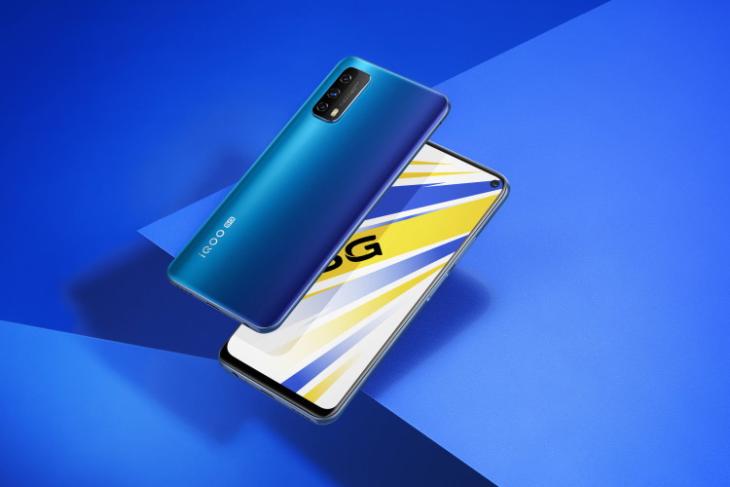 The iQOO Z1 flagship smartphone made its debut back in May earlier this year. It was the world’s first smartphone powered by the MediaTek Dimensity 1000+ chipset. The company has confirmed the arrival of Z1’s younger sibling, the iQOO Z1x, for 9th July. Now, a series of teasers posted to Weibo have confirmed the major specs of this mid-range smartphone.

As you can see in the posters below, iQOO Z1x will be powered by the Snapdragon 765G chipset. This means the device will have dual-mode 5G (SA/ NSA) connectivity support. You will also find 8GB RAM, up to 256GB storage (rumored), and a massive 5,000mAh battery pack with 33W fast-charging under the hood here. 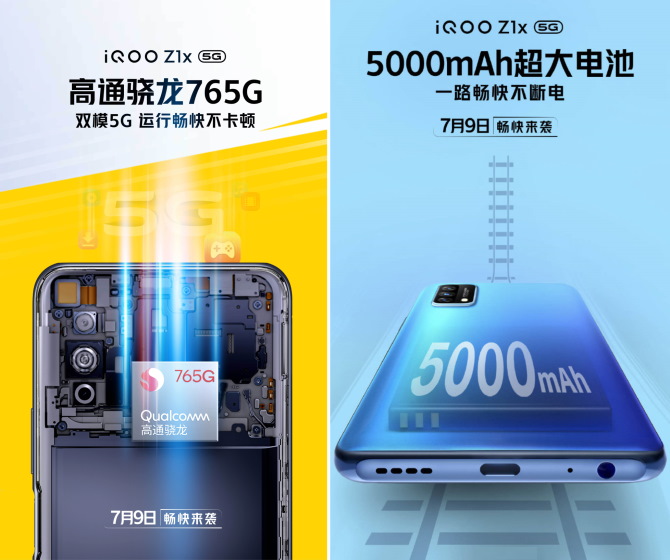 In addition, iQOO Z1x has also been confirmed to arrive with a 120Hz display with a punch-hole cutout at the top right. The TENAA listing for the device revealed recently that it will be a 6.57-inch Full-HD+ LCD screen. This is further confirmed by a side-mounted fingerprint sensor, as shown in the renders below.

The company has even confirmed the design of the iQOO Z1x. You will find a minimal and clean back panel with a rectangular triple camera system. It’s similar to its elder sibling, the iQOO Z1. You will find a 48MP primary camera, along with two 2MP shooters on the rear. A 16MP selfie camera will be housed inside the punch-hole on the front.

The iQOO Z1x will be available to buy in three colorways – white, blue, and black. As for the rumors around pricing and availability, this device will be priced at around 2,000 yuan (~Rs. 21,100) in China. The company will continue to confirm more of the device’s features in the days leading up to the launch.