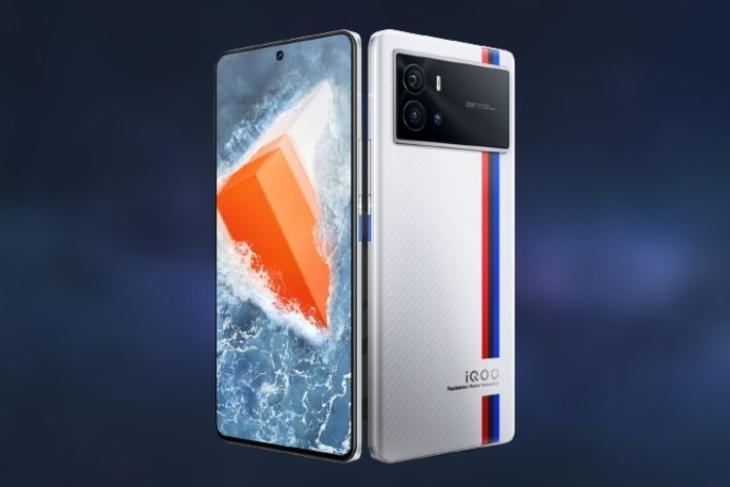 iQOO has confirmed to launch its next-gen flagship smartphone lineup, the iQOO 9 series, on January 5 in China. After recently launching the iQOO Neo 5S and Neo 5 SE, the Chinese giant took to Weibo to confirm the launch date of iQOO 9 and iQOO 9 Pro in China.

The image also reveals that the device will come with an accented power button and a flat display with a centered punch-hole to house the selfie snapper. Although there is no official information on the size of the display, rumors suggest that it will come with a 6.78-inch Quad HD AMOLED display with support for a 120Hz refresh rate.

Moreover, the company has already confirmed that the iQOO 9 series will be powered by the latest Snapdragon 8 Gen 1 SoC. In a recent image, iQOO also confirmed that the device will come with an advanced 3926 sq mm waterfall VC three-dimensional heat dissipation system, LPDDR5 RAM, and UFS 3.1 storage.

As for the cameras, the above image shows a massive camera module at the back, containing three camera lenses with OIS support on the primary one. However, the specifics of the lenses remain under wraps as of now. Coming to the battery, the standard iQOO 9 is expected to pack a 4,550 mAh battery, while the higher-end iQOO 9 Pro is expected to come with a 4,700mAh dual-cell battery with support for 120W fast charging.

Other than these details, not much is currently known about the iQOO 9 and iQOO 9 Pro. However, as we near the official January 5 launch date, we expect more information about the devices to surface online. So, stay tuned for more updates and let us know your thoughts about the upcoming iQOO 9 series in the comments below.

iQOO 9 Series with up to Snapdragon 8 Gen 1 Chipset Launched in India; Price Starting at Rs 33,990