Skip to content
Home News iPad Pro with MagSafe-Enabled Glass Logo in the Works; iPad Air 5 in Pipeline Too 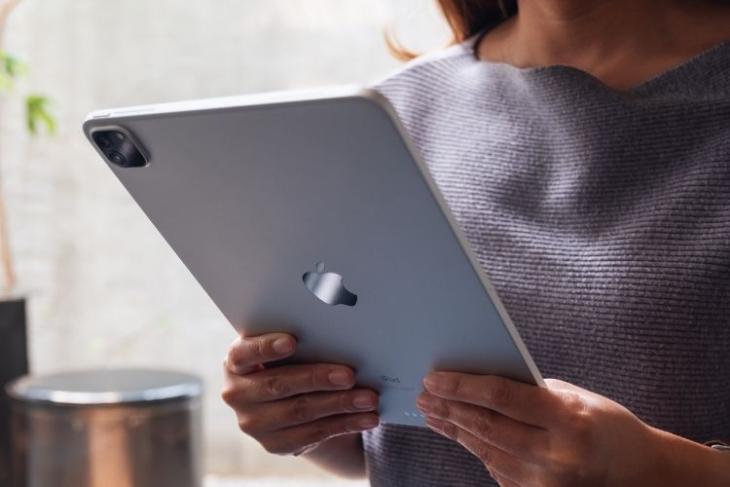 Apple has been rumored to introduce an iPad Pro with MagSafe wireless charging, for which a glass back is needed, for quite some time now. However, the most recent report suggests that won’t be the case. So, is Apple dropping plans for a MagSafe-enabled iPad? Probably not as it might have a workaround!

A Glass Apple Logo for MagSafe Charging on iPad?

It is reported that instead of dropping the metal rear panel for the next-gen iPad Pro (which seemed skeptical for the company) to include MagSafe charging, Apple might just make a large glass Apple logo similar to the new MacBook Pro. This area will be where the MagSafe wireless charging magic would work and is expected to have stronger magnets to prevent accidental drops or damage.

A prototype for the same in the developmental phase and there are high chances that we might see this new addition in the 2022 iPad Pro.

Besides this, Apple is looking at more major additions aboard the 2022 iPad Pro. It will most likely pack in a larger battery and might prove helpful for the supposed battery drainage issues caused by the Magic Keyboard. The iPad is also likely to house an improved camera setup akin to the one seen on the iPhone 13. And we can expect the iPhone 13 camera features to make their way to the iPad as well, which might help in improved video calling sessions.

Brighter double-stacked OLED displays and the possibility of the M2 chip are also in the books for the upcoming iPad Pro, as per recent leaks. This new Apple silicon is also expected to make its way to the colorful new 2022 MacBook Air.

In addition, the 5th-Generation iPad Air has been a subject of leaks too. It has been suggested to come with traits similar to the sixth-gen iPad mini and include an A15 Bionic chip, quad-LED True Tone flash, 5G support, USB Type-C port, Touch ID, and a design similar to the current iPad Air. All in all, it might not see many improvements. It is expected to launch alongside the iPhone SE 3, most likely in the first half of this year.

It remains to be seen how Apple proceeds with its plans for the 2022 iPad Pro models. We will let you know once we get more details on this. Hence, stay tuned for more information on this front.