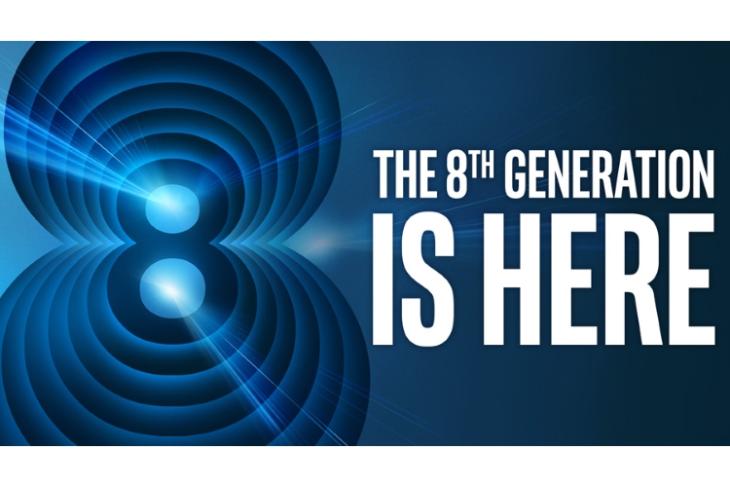 Strong competition from AMD’s Ryzen mobile CPUs has prompted Intel to raise its game in the ultrabook CPU market. If new reports are to be believed, the Santa Clara company is gearing up to launch a new series of ultra low power processors called Whiskey Lake U, which continue the base set by Kaby Lake-R.

These are primarily designed for ultrabooks, budget gaming notebooks and low-powered PCs, but with the performance boost that’s being speculated we are in for some serious processing power.

As per the report both are built on a 14 nm++ process and are based on the Kaby Lake architecture, but Intel has managed to squeeze out more clock speed. 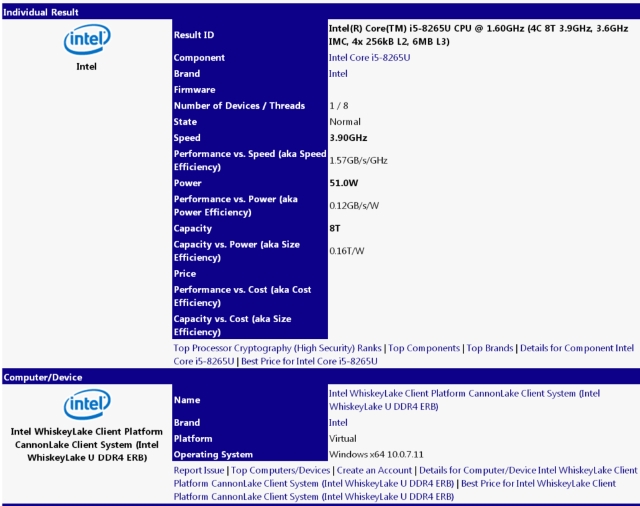 The Core i5-8265U is a 4 core, 8 thread processor which comes in a 15W package but features 6 MB of L3 cache. The chip is clocked at a base frequency of 1.6 GHz and a boost frequency of 3.9 GHz. The new processor offers a 500 MHz jump compared to its predecessor, the i5-8250U. The Intel UHD 620 chipset now has a clock speed of 1.1 GHz, which should offer slightly better graphics performance. 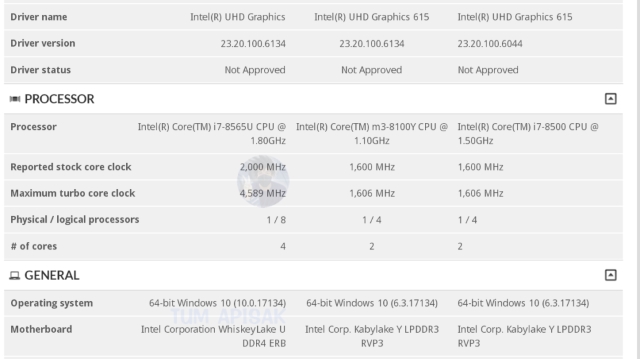 The higher end Core i7-8565U is also a 4 core and 8 thread chip which comes with 8 MB of L3 cache, in a 15W package. The chip has a base clock speed of 1.8 GHz and 4.5 GHz in turbo boost. It offers a 500 MHz bump in the boost clocks compared to the predecessor while retaining the same base frequency, which is promising. The Intel UHD 620 graphics chip has a clock speed of 1150 MHz.

How It Fares Against Current Processors

As mentioned above, both the processors offer a 500 MHz boost over the current generation. You can check out a detailed comparison below:

Additionally, both CPUs have already been listed by Haier for the Bo Yue series notebooks, so we can expect the leaked specs to be more or less true. We could also see an announcement very soon from Intel.