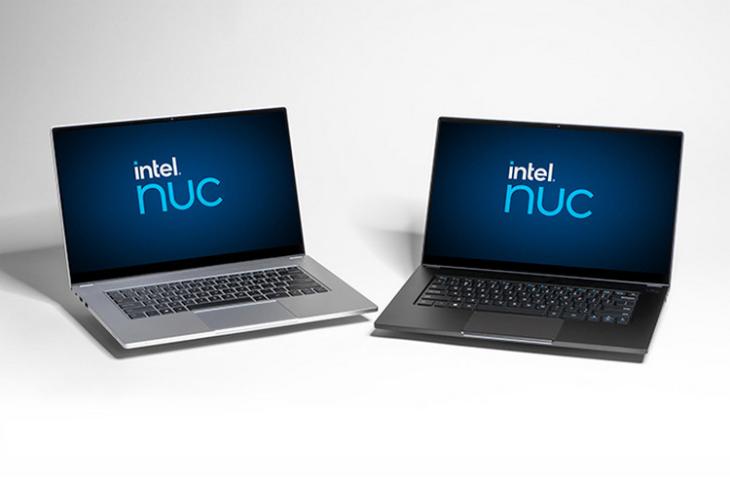 Intel has unveiled a new reference laptop design that it hopes to launch through its partner vendors early next year. Named NUC M15, it is a white-box device that smaller vendors can market under their own brands with minimal changes to the system. Intel believes that it will help more brands launch Intel-powered machines by reducing the cost of development of such devices.

To start off, Intel has introduced the NUC M15 in two configurations – one with an 11th-gen Core i7 chip coupled with 16GB of RAM, and another with an 11th-gen Core i5 processor alongside 8GB of RAM. Both will run Iris Xe graphics, feature 15.6-inch touchscreens and run Windows 10 out-of-the-box. Other key specifications, including display resolution/ refresh rate, RAM speeds/ latency and storage details remain unspecified. Intel, however, says that the device will meet its own ‘Evo’ platform standard that denotes super-fast performance and latest features.

Meanwhile, The Verge got a hands-on look at the device, and has published a few more details about it. According to the report, the processor options will include the Core i7-1165G7 and the Core i5-1135G7. Intel is also soldering the RAM to the motherboard, which means it won’t be replaceable by the user. It will also be offered with a “variety of storage options”, to be selected by the vendor.

There’s no official word on which brands are planning to bring the new device to the market, but Intel says it expects some top companies to be part of the lineup. As for pricing, the third-party brands will have the final say, but Intel expects these to be sold at between $999 and $1,499 (Rs. 74,000 – Rs. 1.1 lakh) depending on configuration.