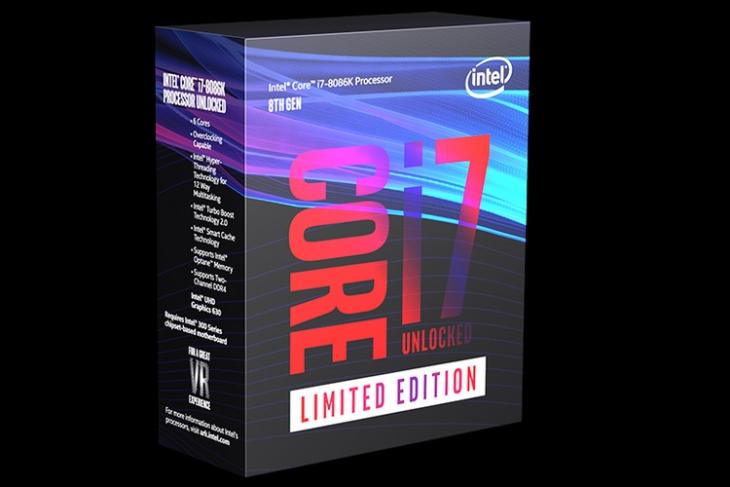 It’s Intel’s 50th year in 2018 but the company has another major milestone to celebrate this year. At Computex 2018, Intel is marking the 40th anniversary of the groundbreaking x86-based Intel 8086 microprocessor with a high-end Intel Core i7-8086K Limited Edition CPU.

Not only is the Core i7-8086K processor a commemorative product, it brings in lot of firsts for an Intel processor. First of all, the new Core i7 variant is the first Intel processor which can deliver a turbo boost speed of up to 5GHz out of the box without even overclocking it, making it the fastest CPU in the series. 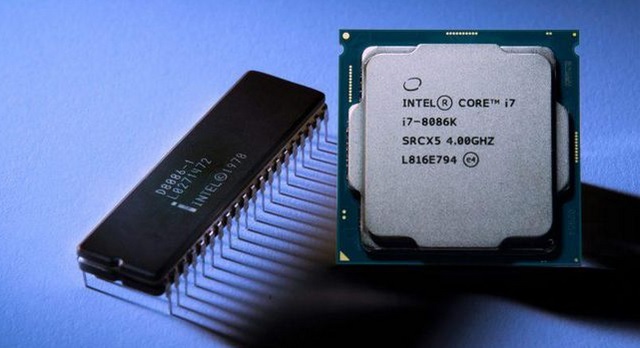 The new processor has a base clock frequency of 4GHz, but for ‘prosumers’ and gamers who want to push it to beyond the limits, the Core i7-8086K comes in an unlocked state which means the 5GHz turbo boost speed can be enhanced further to handle the highest-end games out there at the maximum graphics settings and peak frame rates.

Earlier in April, Intel unveiled a new lineup of 8th-Gen processors based on the Coffee Lake architecture, which included the monstrous Core i9 enthusiast-class CPU and the Core ‘i+’ series with Intel’s Optane memory technology onboard. The Core i7-8086K, which is an upgraded version of the Core i7-8700K processor, is also claimed to be the ‘first  6-core, 12-thread processor with integrated graphics in an 1151-pin package supporting a 64-bit instruction set’ in Intel’s lineup.

Based on the 14nm process, the limited edition processor features 6 cores and 12 threads with 12MB of smart cache memory and support for up to 64GB of DDR4 RAM, alongside DirectX 12 and OpenGL 4.5 support. Moreover, support for Intel’s Optane memory technology, Turbo Boost 2.0, Hyper-Threading and SpeedStep technology among others are also onboard. The Core i7-8086K will go up for sale starting June 8, however, pricing details have not been revealed.