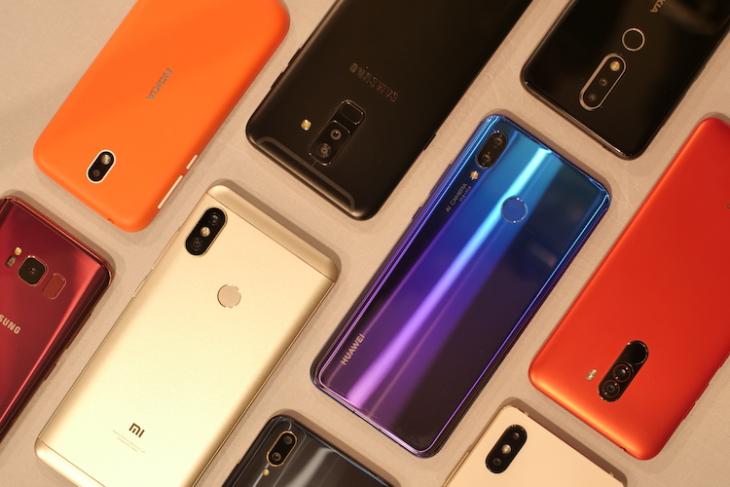 “As organic growth becomes challenging with increasing replacement cycles, it is imperative for the smartphone ecosystem to really put its energy and focus on enabling migration of the massive feature phone user base in India in addition to continue offering compelling propositions at the mid-premium segment to boost faster upgrades”, explained Navkendar Singh , Research Director, Client Devices & IPDS, IDC India.

“During the year, we will see launches with newer concepts like under-display cameras, gaming-centric features, and higher refresh rate screens clubbed with efforts by the brands to open new revenue areas like OS monetization and financing services, etc” Singh added.

2019 also witnessed longer inventory cycles in the offline channel as online exclusive models held back offline sales, resulting in a meagre 1.6 per cent annual growth in 2019 in the offline channel. “The online growth momentum continued through the year with a record share of 41.7 per cent in 2019, due to deep discounts, cashback offers, buyback/exchange schemes, and complete protection offers clubbed with attractive financing schemes”, said Upasana Joshi, Associate Research Manager, Client Devices, IDC India.

The average selling price of smartphones stood at $163 in 2019. The mid-range segment of $200-500 accounted for the strongest YoY growth of 55.2 per cent, accounting for 19.3 per cent of the overall smartphone market. In the mid-premium ($300-500) segment, vivo continued to lead the market with 28 per cent share in 2019, followed by OnePlus at 20.2 per cent share owing to the OnePlus 7 model. In the premium ($500 and above) segment, Apple surpassed Samsung for the leadership position with a market share of 47.4 per cent in 2019.

For the fourth quarter of 2019, a total of 36.9 million smartphone units were shipped, registering 5.5 per cent YoY growth but a 20.8 per cent quarter-on-quarter (QoQ) decline. The feature phone segment continued to decline YoY by 21.1 per cent with shipments of 30.1 million units in 4Q 2019. Xiaomi registered annual shipments of 43.6 million units in 2019 while Vivo climbed to the second slot, surpassing Samsung with massive 96.5 per cent YoY growth in 4Q19