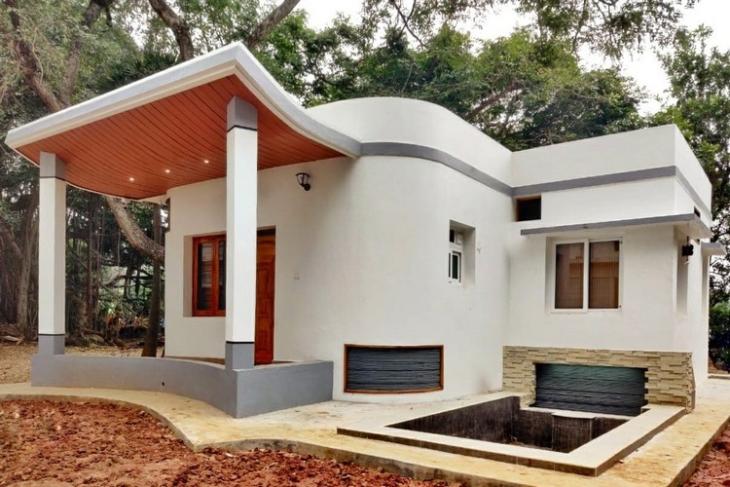 One of the technologies that have gained a lot of traction amongst builders, designers, and architects over the last decade is 3D printing. It allows them to build just about anything using the right materials and a 3D printer. Now, an India-based 3D printing company named Tvasta has built the country’s first 3D printed house.

Tvasta is a startup founded by three IIT Madras Alumni back in 2016. Led by Adithya, Parivarthan, and Vidyashankar, Tvasta expanded from being a small group of friends to a diverse team of engineers and researchers working on software development, electrical engineering, machine design, and material science.

The company recently built India’s first-ever house that is entirely made using advanced 3D printing technology and special building material. Tvasta partnered with Humanity’s Terwilliger Center for Innovation in Shelter to build the 600 sq. feet, one-story building. It shared the news a few days ago via a tweet, which you can check out right below.

Are you excited for the Inauguration of ‘India’s FIRST 3D Printed House’?

Register here to catch a glimpse of it – https://t.co/YpWkLgw7GC pic.twitter.com/EJWYTNpguR

As per a blog post, 3D printing does not work with traditional building materials like cement. As a result, Tvasta, along with IIT Madras, developed a special material mix that includes concrete mix based on ordinary Portland cement but with a low water-cement ratio.

This special mix was then used by the company to build the 3D printed house that was virtually inaugurated by India’s Finance Minister Nirmala Sitharaman recently.

“Conventional housing requires timing, material, logistics, transporting of material, and so on. But if this technology can produce houses in different locales in five days, it would not be a big challenge to build 100 million houses by 2022,” said the Finance Minister during the inauguration speech.

Going into the future, the company aims to continue its research on various materials to use for sustainable 3D printed houses. This is because, as per the Tvasta, the “mix design plays a crucial role in determining the structure’s quality.” Moreover, the company is putting more effort to optimize the structure’s weight and finishing operations of its constructions.