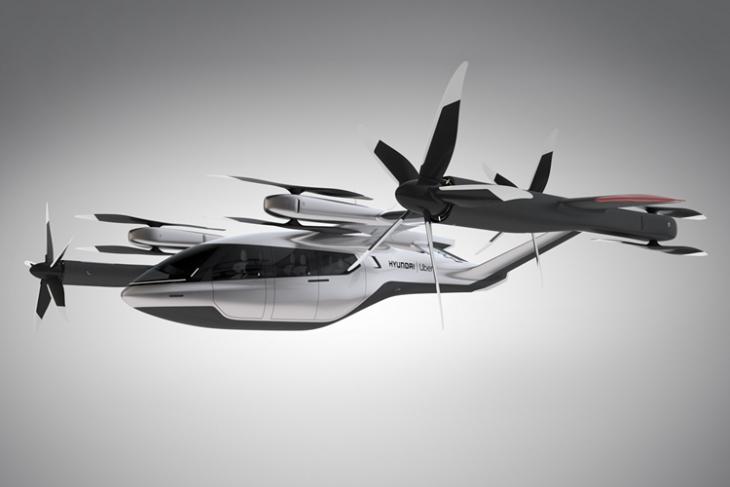 Popular automaker Hyundai Motors has partnered with Uber on its Uber Elevate initiative to make flying aerial taxis a reality. A couple of days back in CES 2020, Hyundai unveiled its new aircraft concept and announced that it will mass-produce air taxis for Uber.

With this partnership, Hyundai becomes the first automotive company to join hands with Uber for the futuristic aerial rideshare network. According to the press release, Hyundai will produce and deploy the aircraft while Uber will provide airspace support services, connections to ground transport, and user interfaces for people to book the flights.

In the initial stages, this new vehicle will be operated using pilots and later on, it will be fully autonomous. The cabin consists of four passenger seats. Take a look at the seating arrangement below. 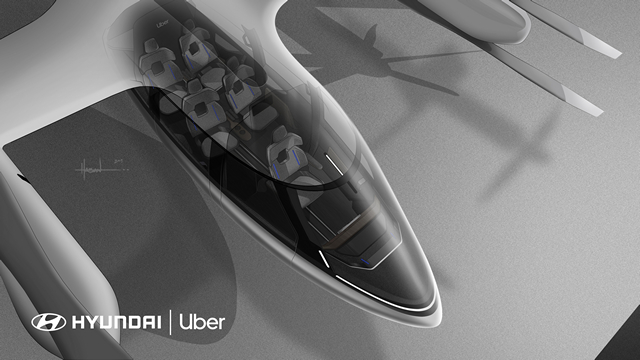 The aircraft uses distributed electric propulsion to power multiple rotors and propellers around the airframe. The vehicle will be completely electric and is said to charge completely in about five to seven minutes. It is also expected to produce relatively less noise when compared to large helicopters.

Also, the company showed-off its Purpose Built Vehicle (PBV) concept for passengers to travel to and from the landing space it calls, the Hub. While all these sound good, we will have to wait until this gets deployed to see how these companies tackle the practical difficulties involved with the implementation of this futuristic infrastructure in the real world.