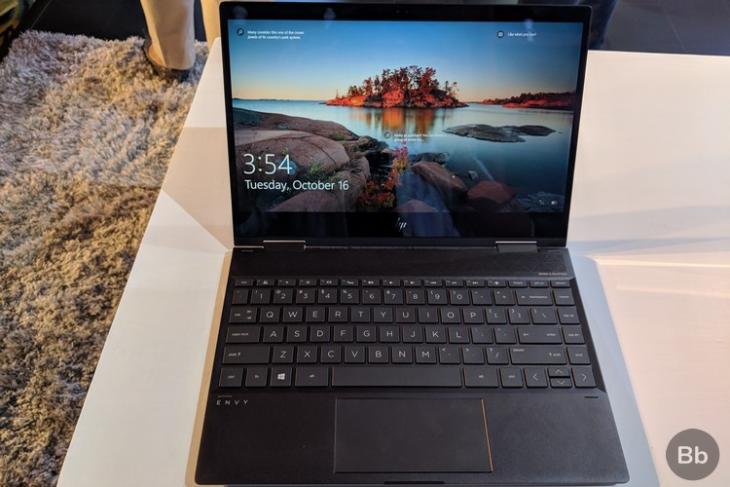 HP has today launched the Envy x360 13 in India, a sleek convertible in the company’s popular Envy lineup of affordable premium laptops.

The Envy x360 is powered by AMD’s Ryzen processors and is targeted at users who seek smooth performance and an appealing design without breaking the bank.

The stylish laptop starts at Rs. 60,990 and is now up for pre-order from the company’s official website. We managed to get our hands on the HP Envy x360 and can say this without any doubt that the device is a looker. Read on to know about our initial impressions of the new laptop which is set to hit stores soon. 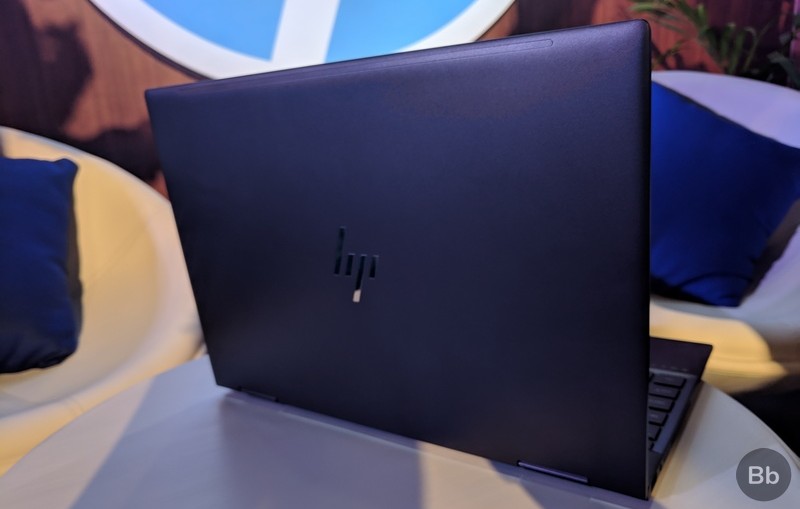 The Envy x360 13 is powered by AMD’s 2nd Gen Ryzen processors with Vega graphics onboard and comes in two variants. The low-end model is powered by the quad-core Ryzen 3 (2300U) paired with 4GB of RAM and 128GB M.2 SSD, while the higher-end version packs the Ryzen 5 (2500U) processor coupled with 8 GB of DDR4 RAM and 256GB of internal storage. The selection of Ryzen processors over Intel CPUs might raise doubts regarding the device’s performance, but it won’t be fair to give a verdict right now, without actually doing an in-depth review. 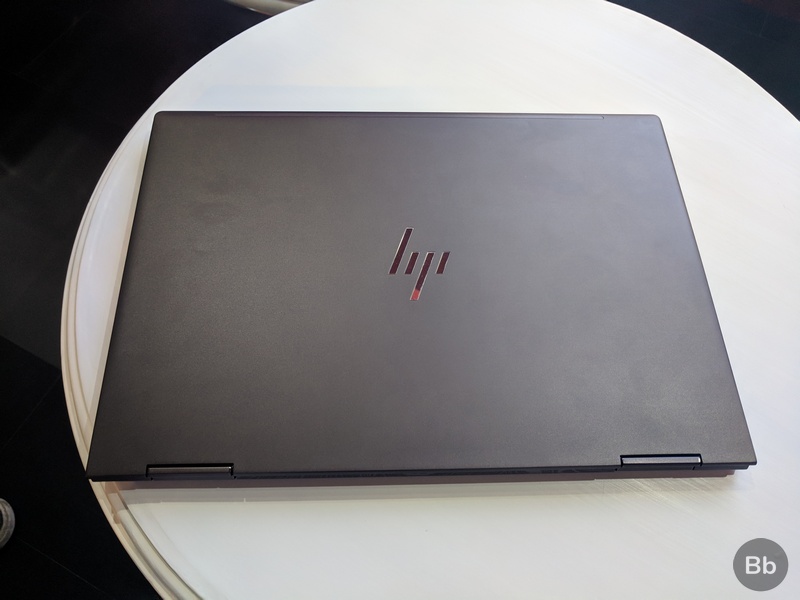 Magnificent. This was the first thought that struck my mind the moment I took the Envy x360 13 in my hands. The device inherits the genes of the Spectre series and provides an excellent in-hand feel, thanks to small form factor and a sturdy metal build which provides some much-needed assurance. 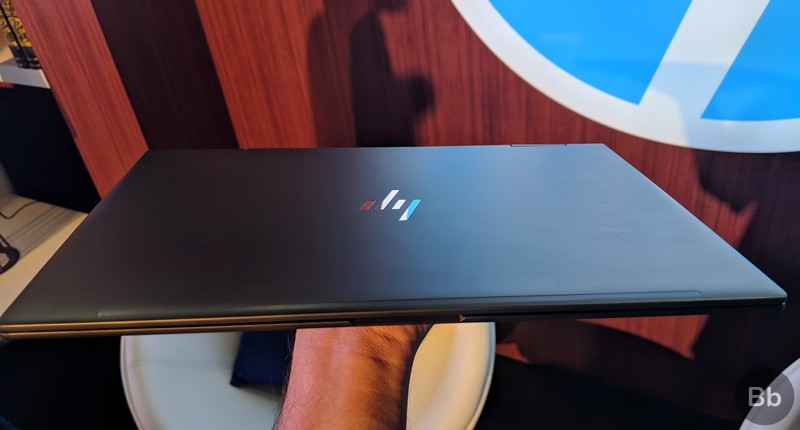 The Envy x360’s entire body is made out of metal with a dark grey paint. The surface finish is neither too slippery nor too rough, and the best part is that it doesn’t get smudged easily. The body has curved edges and rounded corners. 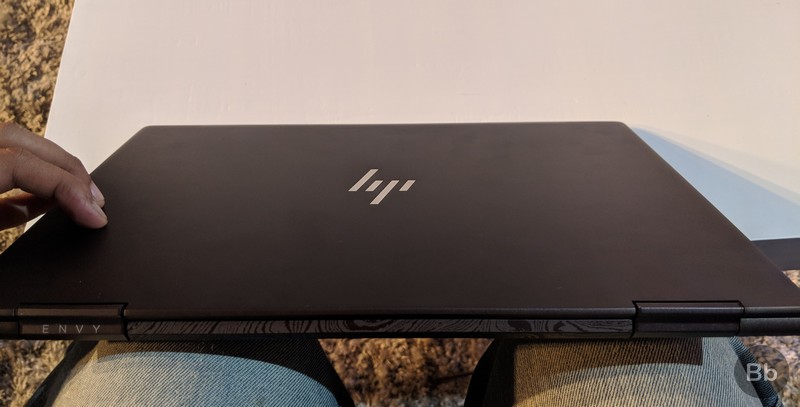 The Envy x360 flaunts a patterned design on the hinge, which adds to the premium appeal, and personally, I quite like the attention to detail in making sure that the device stands out from the crowd. 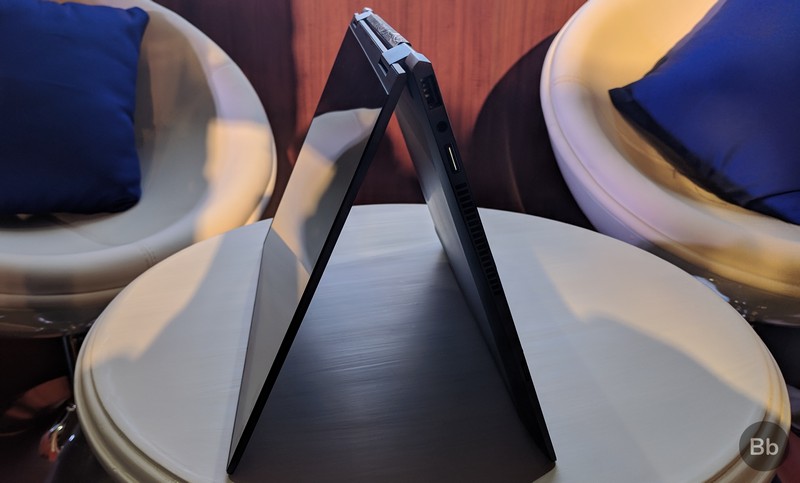 Since the Envy x360 is a convertible that can be folded all the way to the tablet mode. Like the last-gen model the hinges have an angular design to allow the rotation and offer just enough resistance. The device is just 1.49 cm thick and weighs around 1.3 kg, which means handling and carrying the device should be a breeze.

The new Envy is designed to turn heads, but HP has not skipped on ports and connectivity. The left side features a USB 3.1 Type A port, the headphone jack, power button, micro SD card slot and heat vents. 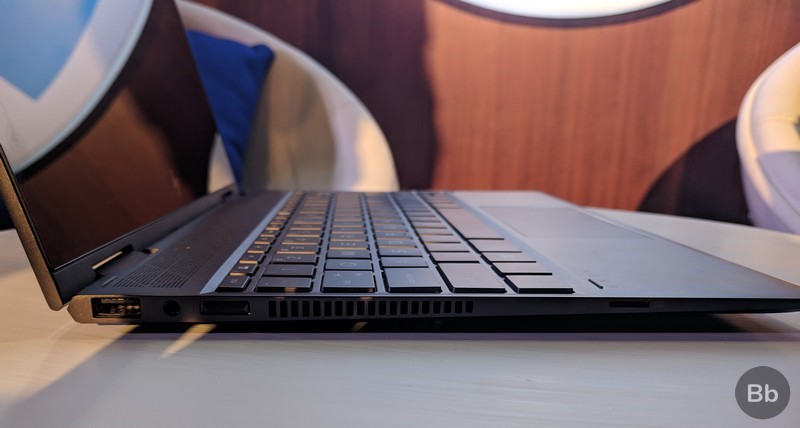 On the right you get a USB 3.1 Type-C port, another USB 3.1 port, volume rocker and the charging port. Above the keyboard are the speaker grills which also feature a distinct pattern and bear the Bang & Olufsen branding. 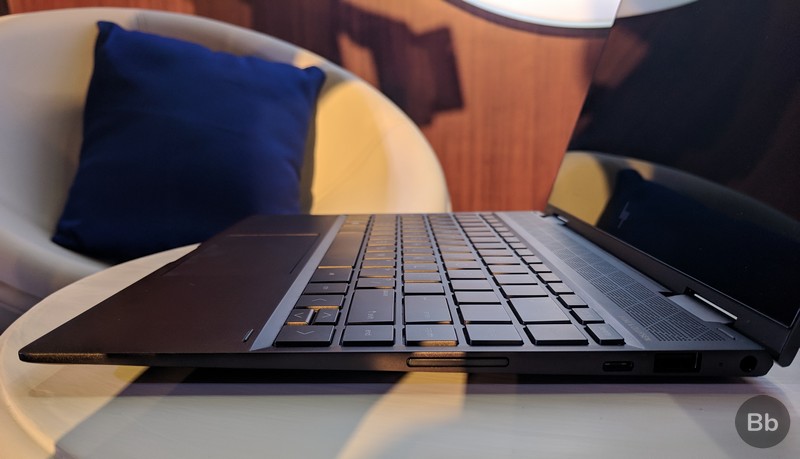 The Envy x360 13 is not gunning for the crown of the thinnest laptop out there, but its sleek design, metallic build, and the stealthy dark paint job grant it a unique appeal which make it worthy of flaunting. 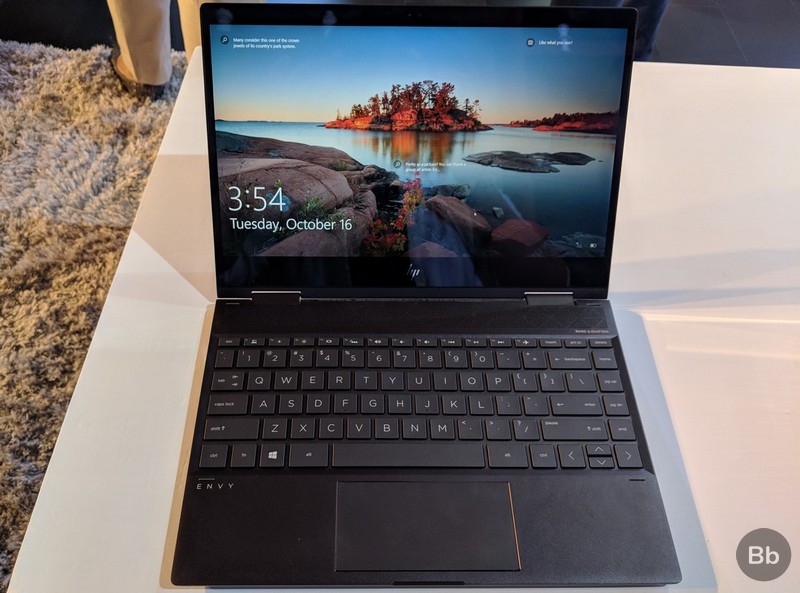 The Envy x360 features a 13.3-inch edge-to-edge IPS display with 10-point multi-touch support and a resolution of 1920 x 1080. Thanks to the tiny bezels, HP has managed to fit a 13.3-inch panel into a much smaller chassis, and has also covered the glass with Gorilla Glass for protection against minor scratches. 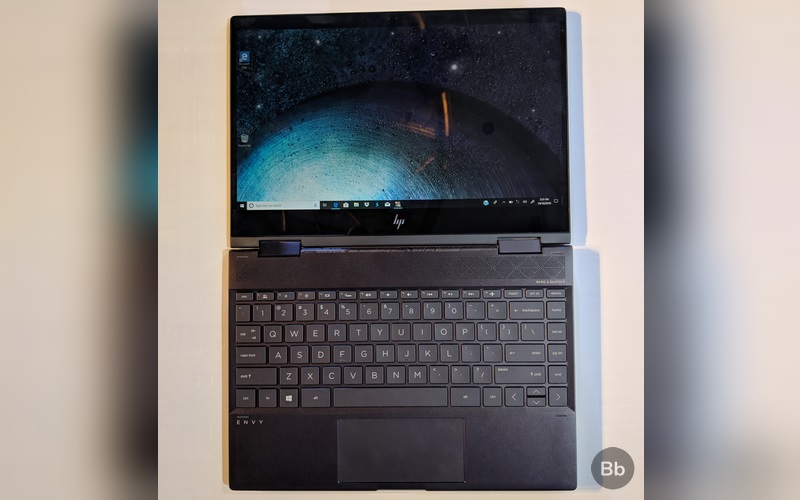 In my brief experience with the device, I found the display to be quite vibrant with punchy colors and deep blacks. However, I think the Envy x360’s display is a bit too reflective and the brightness also appeared to be sub-par. 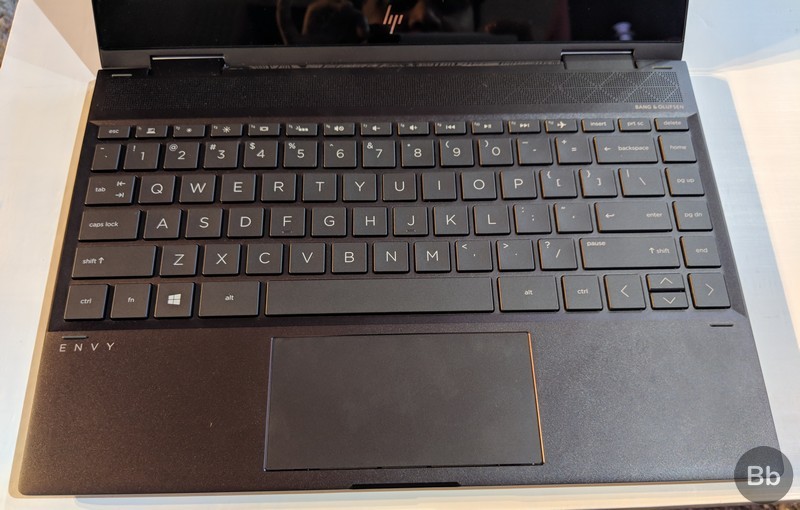 The laptop has an edge-to-edge backlit keyboard with a six-row layout and has just the right amount of space between the buttons to allow for a comfortable typing experience despite the small size of the keys. The buttons offered a decent amount of travel, but the smaller dimension of the keyboard will take some time getting used to, especially if you are coming from a larger laptop. 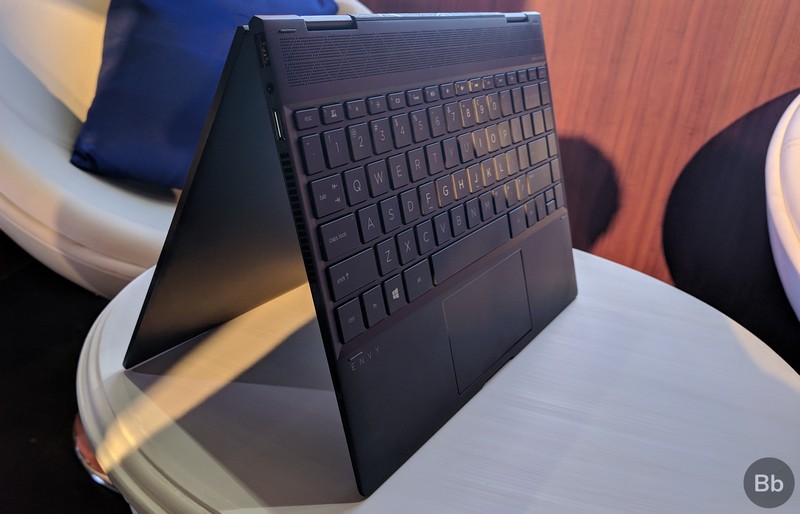 The whole keyboard section is slightly recessed compared to the palm rest area, and the good thing is that there was no flex at all. There is a centrally-aligned trackpad below the display which is powered by the Windows Precision drivers and supports multi-finger gestures. The trackpad also has a metallic finish, and despite the lack of a glass surface, it registered the gestures without a hitch.