It’s no secret that Google is currently working on a completely new mobile operating system dubbed Fuchsia OS that’s soon set to replace Android and Chrome OS. Well, we’ve already got a working UI of the upcoming operating system, that you can try out for yourself. This is the first time that the public is getting a glimpse of the upcoming operating system’s UI which is called Armadillo. Kyle Bradshaw at Hotfixit.net was the first to discover Armadillo UI and he has shared it online, so that everyone could see. Unlike Android, which is based on Linux kernel, Fuchsia OS will be based on Google’s own microkernal known as “Magenta” and this is exactly why so many people are excited for it. So, here’s how you can try Fuchsia OS on any Android device:

You can thank Kyle Bradshaw for making the process quite straightforward by compiling a demo of Armadillo UI into an APK file, which can be installed on any smartphone. Simply follow the steps below, to get it up and running on your phone:

1. First of all, you’ll have to enable installation from Unknown sources, so that you can install APK files that have been downloaded from the internet. You can do this by simply going to Settings -> Security-> Unknown sources.

2. Now, you can go ahead and download the Armadillo APK file from here. The file size is just under 15 MB, so you should be done with the download in a minute. 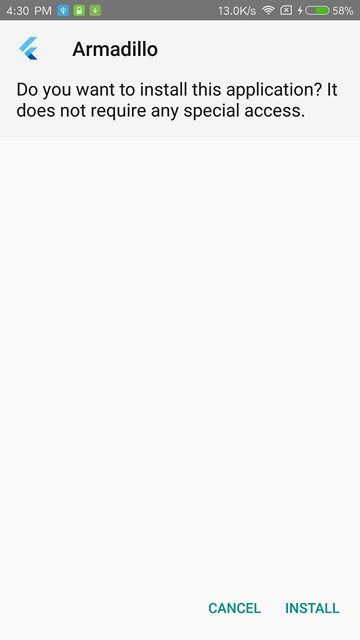 Well, that’s all you need to experience Fuchsia’s Armadillo UI on your smartphone. Run the app and scroll around to see what this demo has to offer. It basically feels like using a dummy unit, as there are barely any functions that you can initiate with your touches apart from the visual aesthetics. If you’re too lazy to try it out for yourself, you can check out our screenshots and if that’s not good enough for you, we’ve attached Kyle Bradshaw’s video showing a brief preview of Fuchsia OS as well. 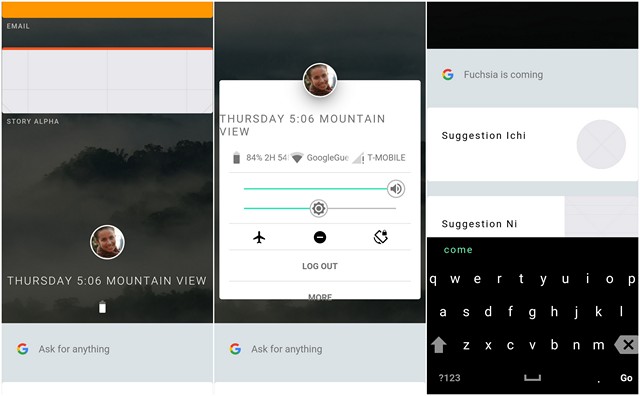 SEE ALSO: How to Enable Google Assistant on Any Android Smartphone (No Root)

A Glimpse of the Fuchsia OS and Armadillo UI

This is just a glimpse of what’s in store for the future. If you’ve tried out the UI for yourself, you might have noticed that it’s not exactly smooth as we all expected it to be, but that’s totally okay considering it’s still in early stages of development. Of course, Fuchsia still has a long way to go, but there are still doubts regarding the fact that it’s gonna replace the Android or Chrome OS. We hope all our doubts will be cleared at the Google I/O conference, which is just around the corner. So, what do you guys think about the Fuchsia OS and its Armadillo UI? Is it a boon or bane to all the milestones Android has achieved over the years? Do let us know by shooting your opinions in the comments section down below.