Every year, a new version of Android arrives, with a lot of improvements and additional features. To take advantage of those improvements, developers keep updating their apps every now and then. They also keep adding new features to their apps to make sure their apps remain viable. However, updates don’t necessarily make an app better. Well, here’s why:

Thus, people often want to rollback to the previous version of the app or look for older versions, that are more suited for their device. We know that the Google Play Store doesn’t let you rollback an app to its previous versions. However, there are a number of third-party sources that offer older versions of Android apps for download. Here are some of the online repositories that let you download old versions of Android apps:

If you want to get the latest APK files of the most popular apps or hunt down its oldest available version, APKMirror is the place to go. The site provides APK files for the majority of apps from the Play Store. You can get the versions of an app released 2 years ago, from its repository. Unfortunately, you can’t get extremely older versions of that app, as they might not be compatible with the current set of codes on the app’s servers.

Getting the desired version of the APK is easy. You have to search for the app on the site’s search bar and scroll down to check out for all the older versions listed that can work with the current changes.

Then, just hit the link to your desired version to download it and install it on your Android device. 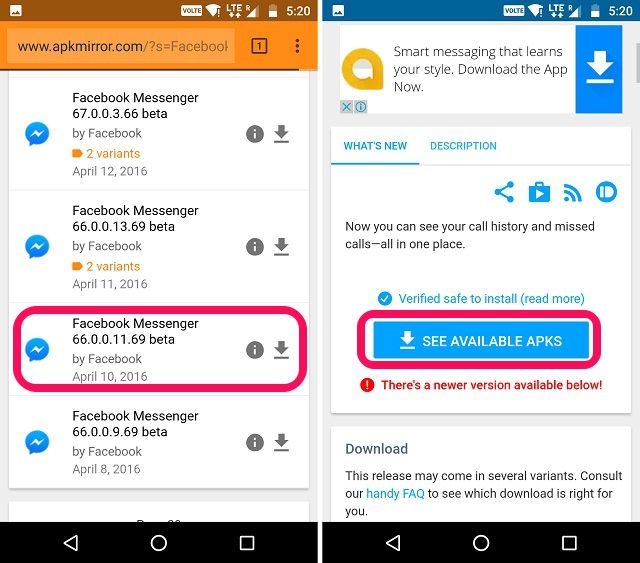 uptodown is a repository for apps from all the major platforms. You can get old versions of your favorite apps from platforms like Android, iOS, Ubuntu, Mac and web apps. Like APKMirror, you can get the older versions of your desired app that are supported by the developer’s servers. However, unlike APKMirror, the variety of apps are limited, with only the well-known ones taking the stage.

To download an app’s older version, you will have to search for the app in the site’s search bar and tap on the “Versions” button to see a listing of all the previous version APKs. Then, you can just download the version of the app you want and install it. 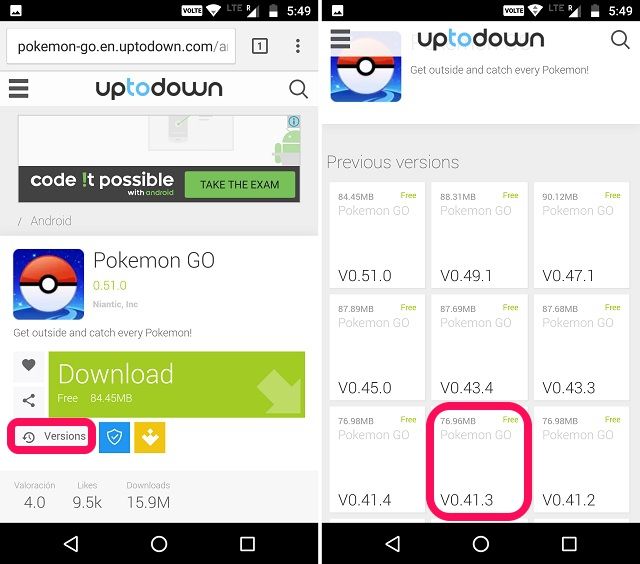 APK4Fun is another well-known repository for getting older versions of Android apps. Generally known for providing safe and secure APKs for side-loading them to your Android phone, the site provides a number of previous version APKs of popular apps.

Downloading them is easy too, you have to search for your desired app and you will find older versions of it listed below the download button. The website provides a lot of details around the version of the apps and you are given a choice of additional mirror links to download your preferred version of the app. 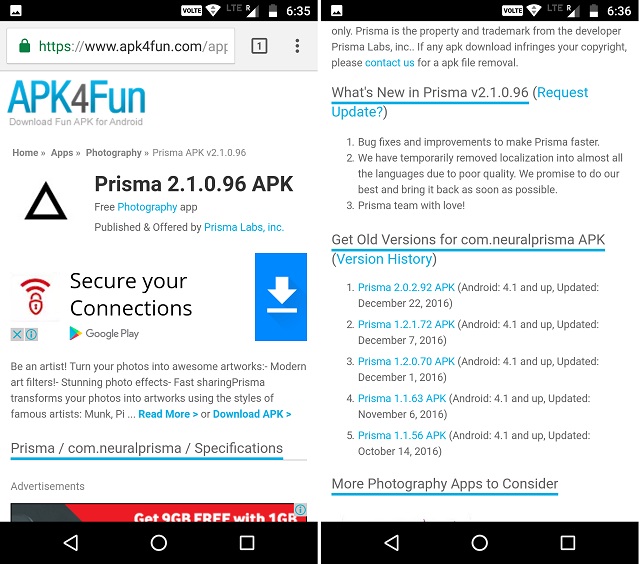 Note: These online app repositories let you download APK files of the older version of an app. To install APK files, you’ll have to enable the “Unknown Sources” option in Android Settings->Security.

Also, you’ll have to disable “Auto updates” from Play Store to make sure the apps don’t get updated to the latest version automatically. You can do so by going to Play Store Settings->Auto-update apps and tap on “Do not auto-update apps”.

SEE ALSO: How to Install Third Party Apps as System Apps in Android

Get Older Versions of Apps easily on Android

The online repositories of the apps we have mentioned above are safe and secure. There are many other sites that host old APK files but not all of them are safe. Some sites offer APK files with malware, so make sure you download APKs from the aforementioned websites online.

So, if an app update has removed your favorite feature or it’s just not working well enough on your device, just install the older version and you should be good. If you know of any other websites that are equally good as the ones mentioned here, do write it down in the comments section below.