While stereophonic audio sounds infinitely better than monophonic audio, there are occasions when you might actually be better off with a single audio channel. While both Android and iOS offer you the option to switch between mono and stereo output, it’s designed mostly as an accessibility feature meant for people who are hard of hearing in one ear. However, it also comes in handy when you’re looking to share the audio with somebody without turning on the speakers. It’s also a must-have feature if you’re the type that prefers listening to music with a single earbud, in which case you’ll miss a lot of the audio with stereo playback. There are even legal reasons for using only one earphone: under many jurisdictions, it’s illegal to drive with both ears covered, so mono playback helps you listen to your favorite music or podcast while driving without breaking the law. So in case you’re interested, here’s how you can switch between stereo and mono audio outputs on your iPhone:

Note: We tried this on our iPhone 8 Plus and well as our iPhone X (both on iOS 11.1) and everything worked as expected. 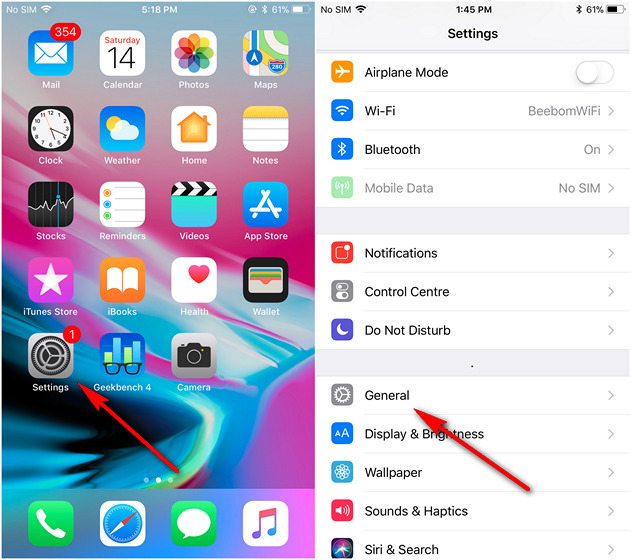 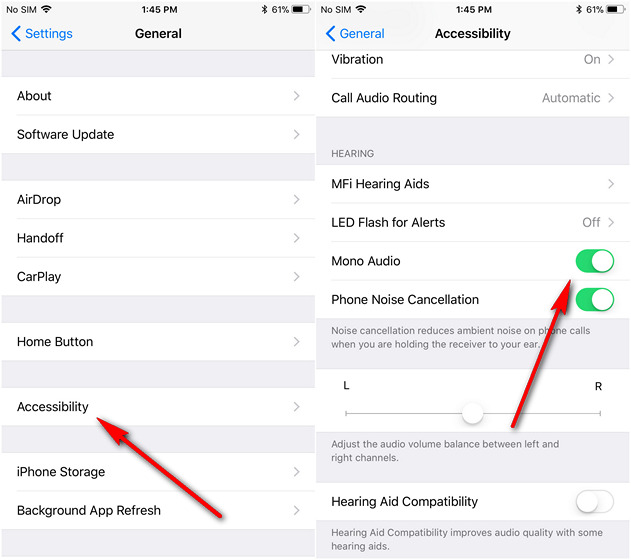 That’s it, folks. You’ve now enabled mono audio on your iPhone. Once you want to go back to stereo, just toggle off the option, and you’ll get back dual-channel playback as usual. You can also increase the volume in either ear by using the slider just below.

SEE ALSO: How to Turn Off iPhone Without Using Power Button in iOS 11

Tweak Your iPhone Settings to Switch Between Stereo and Mono Audio

Tweaking settings on iOS is usually a fairly straightforward affair, and it isn’t much different in this particular case. So if you ever wanted to switch from stereo to mono output on your iPhone, you now know how to do it. Give it a go, and let us know your reason for the switch.