We have already talked at length about the amazing features of Android N and the changes it brings from Marshmallow but since it’s the very first alpha release, there are some bugs as well. The Android N is pretty solid but there are some crashes as well as some prompts simply not showing up. So, it’s understandable if you are not wanting to use Android N developer Preview as your daily driver. Well, the good news is Google lets you rollback to Android 6.0.1 Marshmallow pretty easily. So, here’s how you can roll back to Android 6.0 after having installed Android N Preview:

1. Go to the Android Beta Program webpage and it will show you the devices that you have enrolled in the program. Click on “Unenroll“. 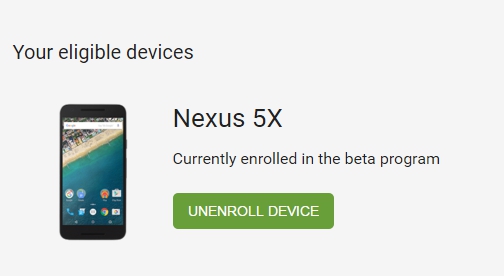 2. Then, you should get a prompt asking you to confirm if you really want to leave the Android Beta Program. Click on “Leave Beta” and then, “Ok“. 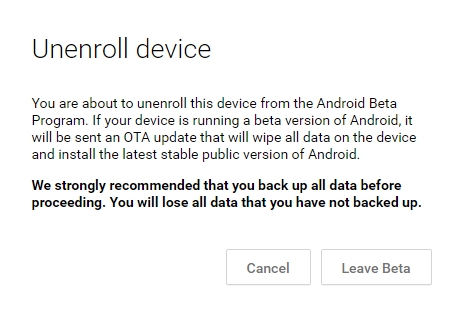 3. You should then get a notification on your Nexus device about a system update, which will take you back to Android 6.0 Marshmallow. If you don’t get the notification, you can manually check in Settings->About phone->System Updates.

4. Then, you will be presented with all the details regarding the update. Just tap “Download” to start downloading the Marshmallow build. 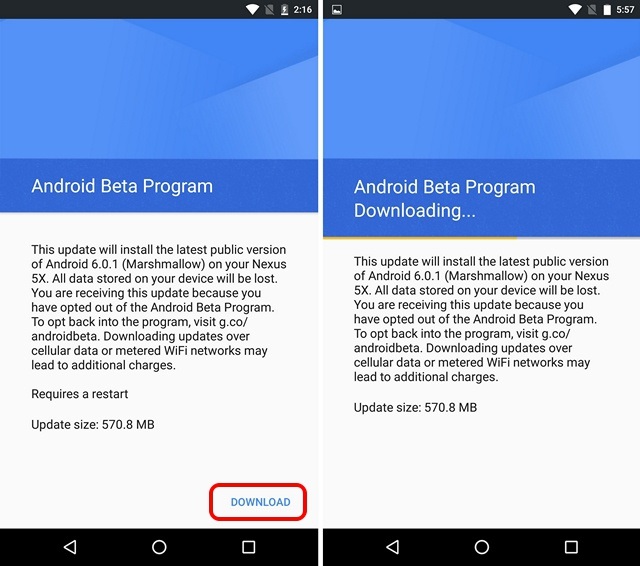 Note: The rollback from Android N Preview to Android 6.0 will wipe all of your data, so make sure that you backup all your data. Also, the update is around 570 MB on the Nexus 5X and it should be similar for other Nexus devices as well, so we’d recommend WiFi connection to download the update, if you want to save on your mobile data usage.

5. Once the update is downloaded, your device will restart and Android 6.0.1 Marshmallow will be installed.

Note: If you have flashed Android N Developer Preview manually without enrolling your device in the Android Beta Program, you will have to again manually flash a compatible Marshmallow build to go back to Android 6.0.1.

After Android 6.0.1 is installed, you will be taken through the various steps of setting up your device like set up WiFi, Google account, payment, fingerprint, app & data backup etc. Once you set up the device, you will see the familiar and more stable Android 6.0.1 installed on your Nexus device. 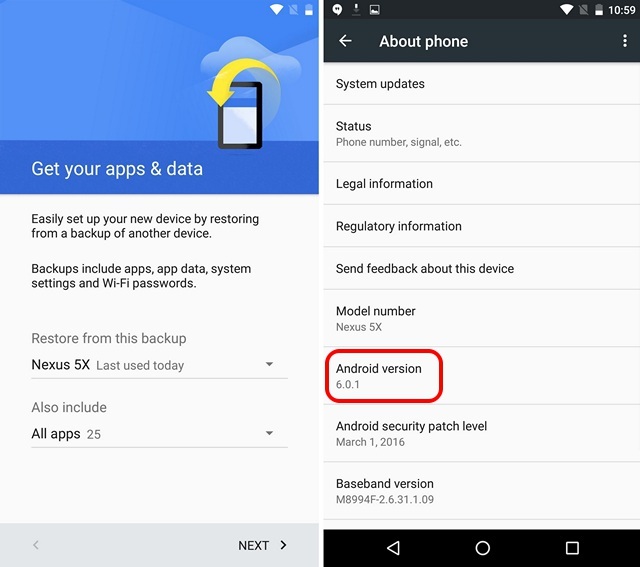 Moving back to Android 6.0 from Android N Preview?

The arrival of Android Beta Program has made sure that you can easily install new Android preview builds and it has also made the process to rollback hassle-free. So, if you are facing bugs on Android N Preview that really bother you, you should indeed go back to the very stable Android 6.0.1 build. Before you do that tough, don’t forget to let us know the bugs and issues you have faced on Android N Preview. Sound off in the comments section below.

How To Run Android M on Windows?