We have seen a number of great implementations of animated photos on both Android and iOS. Be it Apple’s Live Photos, Instagram’s Boomerang feature, Google’s Motion Stills, VSCO’s DSCO app and more. Well, there’s a new kid on the block dubbed Polaroid Swing. The app created by Polaroid in partnership with a tech startup, backed by Twitter co-founder Biz Stone, is a fun new photo capturing & sharing app that takes animated or moving photos. The app is available for iPhone (promised to be coming on Android soon) looks pretty sleek and has been gaining a lot of attention, so let’s check out the app, shall we?

Polaroid Swing offers moving photos but how does it differ from other such apps that we’ve mentioned above. Well, let’s talk about what exactly does Polaroid Swing bring to the table:

What does Polaroid Swing offer?

Polaroid Swing is a lot like iPhone’s live photos or Instagram’s Boomerang feature or any third party app that lets you capture animated photos. However, the photos captured via Swing, feature a one-second video, which can be seen when you tilt your device or when you drag your finger across the display horizontally. Dragging your finger to the right or tilting the device to the right shows you the animation as it is, while dragging your finger to the left or tilting on the left shows you the movements in reverse.

Here’s how a Polaroid Swing photo looks like (move your cursor over the image).

Also, the photos are of great quality, as the app captures 60 frames per second and adds some more frames to add depth to the picture. So, if you haven’t used the app, here’s how to set things up and start capturing moving photos.

1. First, install the app (free) on your iPhone. After it’s installed, the first time you open the Polaroid Swing app on your iPhone, you will see a beautiful welcome screen with a moving picture to get you interested. Here, you can sign in to the app using your Facebook or Twitter account or you can do the conventional email sign up. 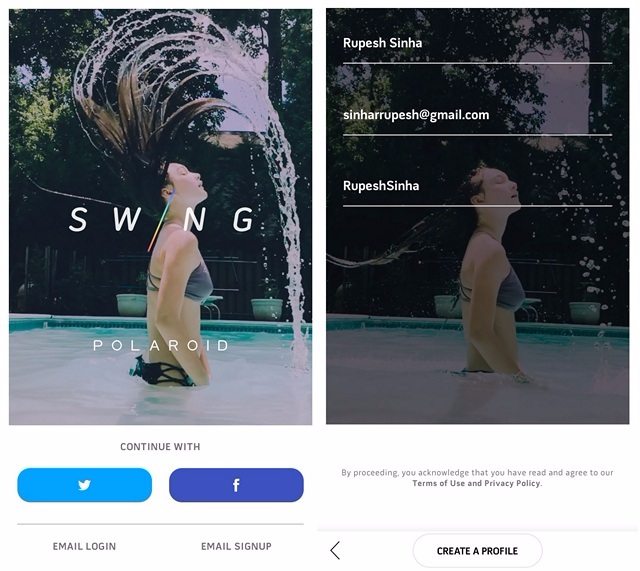 2. After you’ve signed up, the app will prompt you for a few permissions. Then, you will see the main page of the app, with its very minimal UI. The home page of the app features three tabs at the bottom: Highlights, Camera and Profile. There’s also a Search button at the top right, which lets you search for people using your social accounts and tags. 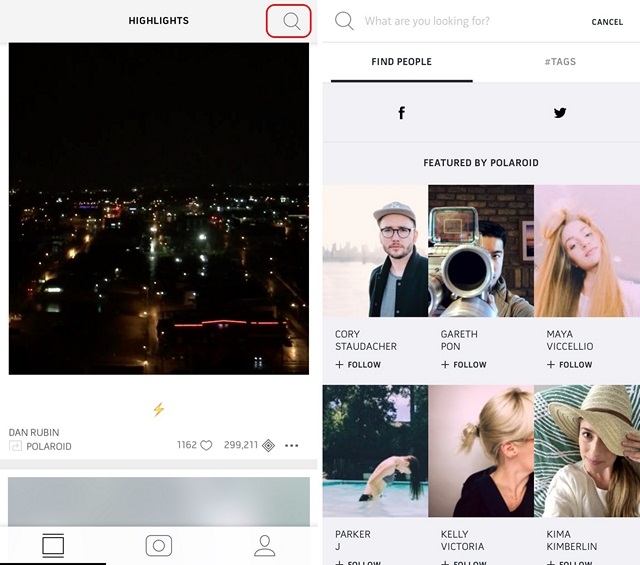 3. You can head over to the Camera tab to start capturing moving pictures. Here, you can tap on “Polavision” to check out other filters like Ansel, Land and Santa Fe. To capture a moving photo, tap the capture button while the subject is moving. Once taken, you can still change the filters and you can alter the movement. To post the picture, hit the arrow button. 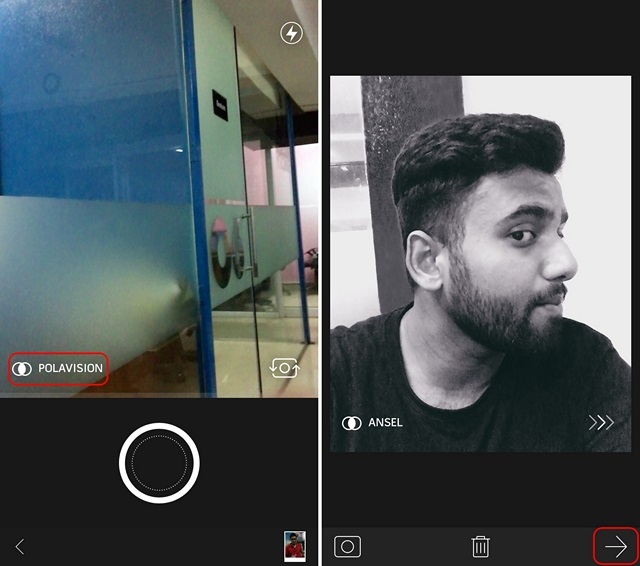 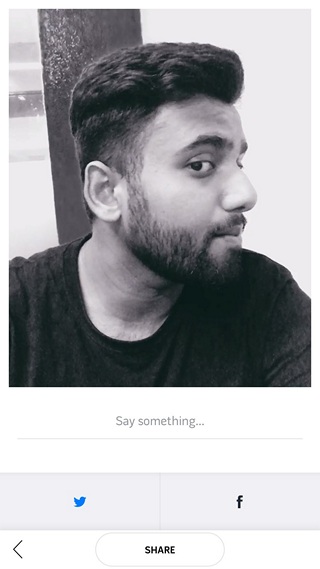 5. You can see all your shared photos in the Profile tab, where you can also check your notifications, followers and the people you are following. Here, you will also find the cog icon to head over to Settings. The Settings page of Polaroid Swing lets you edit your profile picture, add details, link Facebook or Twitter accounts, get help, log out or even delete your account. 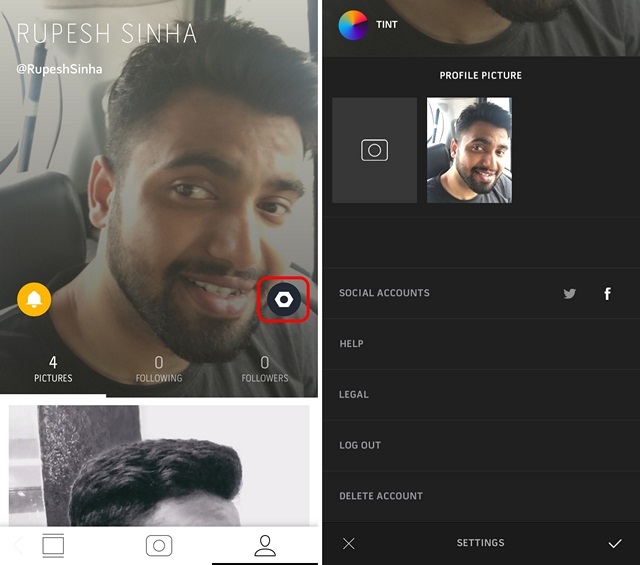 Ready to take some cool moving photos with Polaroid Swing?

Polaroid Swing certainly lets you take some cool moving pictures but the app will face a tough time getting the traction it wants, considering there are no shortage of such apps. Well, here’s hoping Polaroid Swing becomes an even better app with new updates and the Android version arrives soon enough. Till then, the app is worth a look on the iPhone. So, check it out and let us know how you like the moving pictures in the comments section below.

How to Create Your Own Emoji: 5 Emoji Maker Apps to Use

12 Best Podcast Apps for iPhone You Should Try

8 Best Reverse Image Search Apps You Can Use