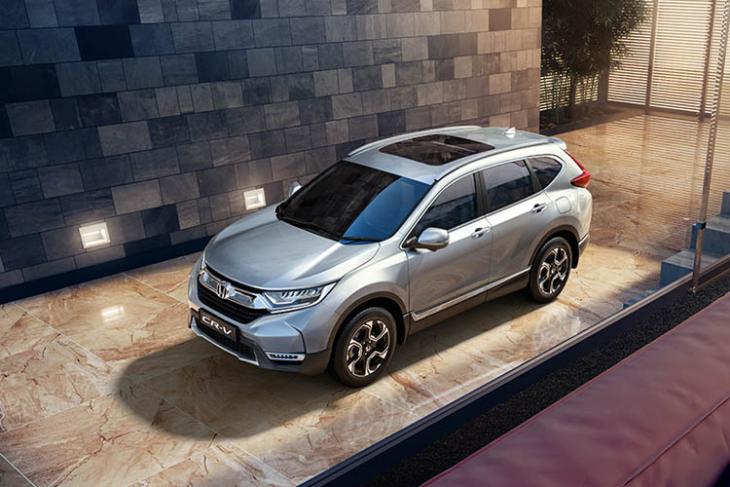 Honda has hit the spotlight with the all-new seven-seater ‘CR-V’ premium
crossover. Besides the new face-lifted design, it is also better equipped to take on
the competition, thanks to an all­ new diesel engine option that’s being offered
for the first time since it’s debut in 2001.

Besides that, the new CR-V also brings some additional features like intelligent
driver assistance, improved infotainment system, and more. 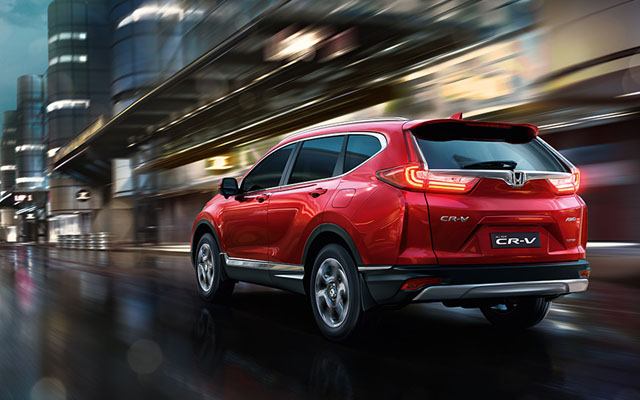 At first blush, the fifth-generation Honda CR-V may look like a minor design evolution over its predecessor, but it now longer, wider and taller than the outgoing model. It also has a longer wheelbase and stands higher for a better ground clearance.

The new Honda CR­V’s muscular body, chiseled wheel arches, large 18­ inch wheels, and stronger looking fenders give it an upmarket feel. The design is further accentuated by LED headlights, fog lamps, sophisticated interiors, and more. We’ll talk about more about the interiors and infotainment system a bit later, but overall, the Honda CR-V has an attention-grabbing design that’s sure to turn some heads on the road.

The diesel engine is connected to a nine-speed automatic transmission and comes equipped with AWD that’s more suitable for an SUV. The petrol engine carries over a six-speed CVT transmission.

Both the models, however, come loaded with a long list of features. From sophisticated interiors to a new 7-inch touchscreen infotainment system with the usual Apple/Android connectivity, the Honda CR-V ticks a lot of boxes. But my favorite feature has to be the new and intelligent driver assistant features. Honda is offering these features for the first time in India, and they certainly are a welcome addition.

Honda CR-V, with its long list of features, makes this SUV exude a sedan-like premium vibe.

Honda’s blind spot assist system called ‘LaneWatch’ also makes a debut. The system, in case you are wondering, uses a camera in the left wing mirror to provide an 80-degree view of the left to help you get a better view of the incoming vehicles before changing the lane. Additionally, other safety features like passenger side rearview mirror with a camera, multi-angle reverse camera, 6 SRS Airbags, etc. are also here.

The all-new Honda CR-V carries a price-tag of Rs. 28.15 lakh (ex-showroom) pan-India for the petrol version. The diesel-equipped version is priced at Rs. 30.65 lakh, whereas the diesel engine all-wheel-drive variant is priced at Rs. 32.75 lakh. It will be available in five different colours including Golden Brown Metallic, White Orchid Pearl, Modern Steel Metallic, Radiant Red, and Lunar Silver Metallic, across all Honda showrooms in India.

Check out the all new Honda CR-V here