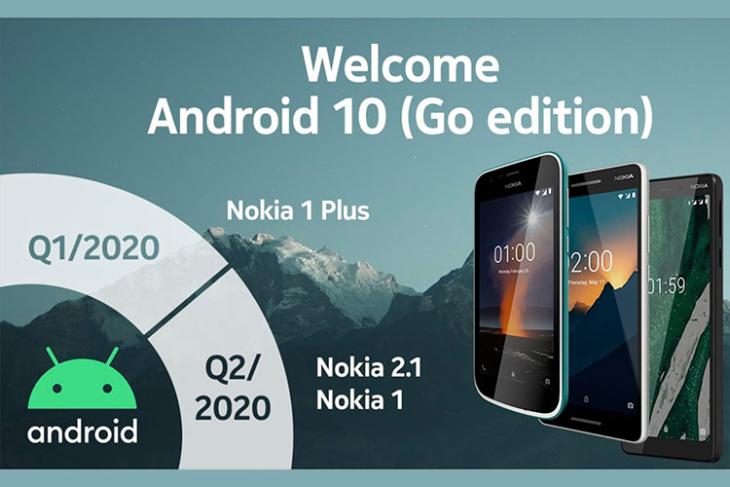 The announcement was made on Twitter by HMD Global’s Chief Product Officer, Juho Sarvikas, who in a tweet, said “Entry level smartphone experience should not be a compromise. #Google proves it with new #Android 10 Go edition offering rich experiences with even better memory mgmt, performance & security. We are working to bring them first on #Nokia smartphones”.

That might not seem like it’s close enough, but for entry-level phones, this is a pretty great update roadmap, and according to Sarvikas’ tweet, Nokia might well be the first company to roll out Android 10 Go edition updates to its phones.

With Android 10 Go edition, Google says it has improved performance and speed, while still maintaining the light-weight experience that Android’s Go edition is known for. We’ll have to wait and see whether HMD Global will be able to stick with this schedule, and if it does, it’s definitely going to be pretty great for users who are using these Nokia entry-level smartphones.

Nokia 1 Review: Is Nokia the New King of Budget Smartphones?