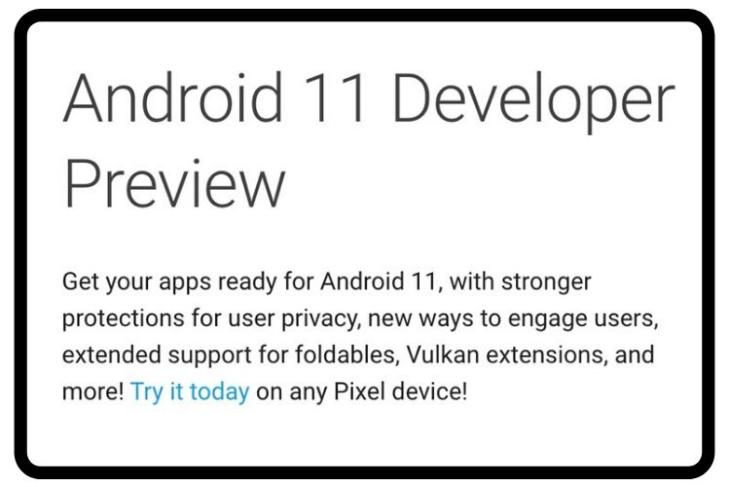 Most OEMs, including consumer electronics giants like Samsung, are struggling to roll out Android 10 in a timely fashion, but Google is already prepping the first developer preview of Android 11. In fact, if an unexpected new development is anything to go by, then the release of the first developer preview (or first beta) for the next major update of Android may be closer than ever.

First spotted by Android Police, Google on Thursday briefly published a page on its official Android blog, detailing some of the new features of its next Android update. While Google has since pulled down the said page, and is redirecting any incoming traffic on that link to an Android 10 page on the developers site, screenshots of the now-defunct webpage show that Android 11 will have “stronger protections for user privacy, new ways to engage users, extended support for foldables, Vulcan extensions and more.”

It’s not immediately clear if the listing was a genuine mistake from an overzealous Googler or a calculated, well-thought out marketing strategy from the company to generate buzz around the next major version of Android before its release.

Either way, it will be interesting to see when Google releases the first Developer Preview (or Beta) of Android 11, but given that the first release of Android 10 Beta was in mid-March, it won’t be a massive stretch to believe that the company might advance the date by a few weeks this year. Meanwhile, Google is yet to issue a formal statement on the confusion, so let’s see if the company officially comments anything on the subject any time soon.