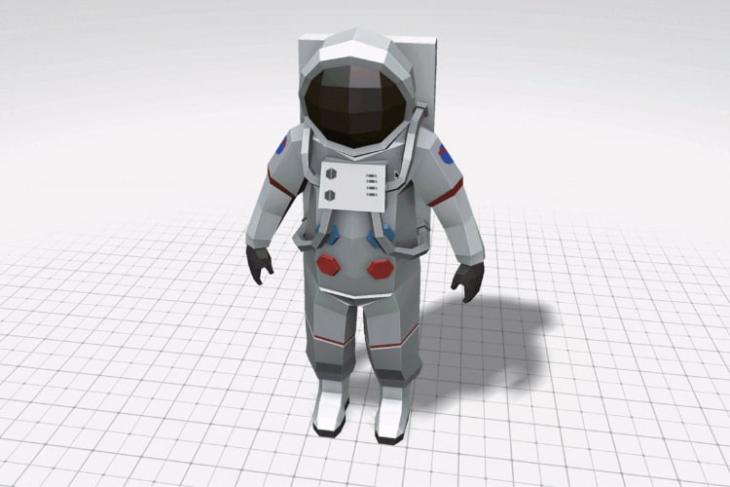 However, Project Tango required special hardware features to be included in smartphones and hence it didn’t do as well as Google hoped it would. That said, it did pay for the future AR technologies like Google’s AR Core and Apple’s ARKit.

With Augmented Reality becoming one of the staple features of flagship devices, now Google is looking to bring this feature to the masses. In a blog post published by Google, the company explained its vision to bring augmented reality to web platform so that it’s easily accessible to everyone,

“To help bring this to as many users as possible, we’ve been exploring how to bring augmented reality to the web platform, so someday anyone with a browser can access this new technology. In this post, we’ll take a look at a recent prototype we built to explore how AR content could work across the web, from today’s mobile and desktop browsers to future AR-enabled browsers.”

How the Prototype Works

According to the blog post, there is a product which for now is being referred as an Article. Article is a 3D model viewer that works for all browsers. Users can interact with 3D models on the web by dragging and scrolling. For example, in the demo below, you can see that a spacesuit Article is placed on a website, which can be interacted with.

Not only will Articles work in a desktop environment, but users can even use mobile browsers to interact with the 3D models.

It’s easy to see how useful the application of this technology can be. According to Google,

“With augmented reality, the model comes alive. The unique power of AR is to blend digital content with the real world. So we can, for example, surf the web, find a model, place it in our room to see just how large it truly is, and physically walk around it.”

You can also place these 3D models around you – like on a desk – just as they can do using the ARCore and ARKit.

“When Article is loaded on an AR-capable device and browser, an AR button appears in the bottom right. Tapping on it activates the device camera, and renders a reticle on the ground in front of the user.”

Once an article is placed on the ground, a user can walk around and see a complete 3D tour of the object, something which will not be possible by just seeing the article in the web browser.

Well, that is basically the premise of what Google wants to do with augmented reality in the near future. Google has also provided a lot of technical details as to how this technology works and how they created the prototype. If you want to dive deep into it, you should certainly visit and read the entire blog post.