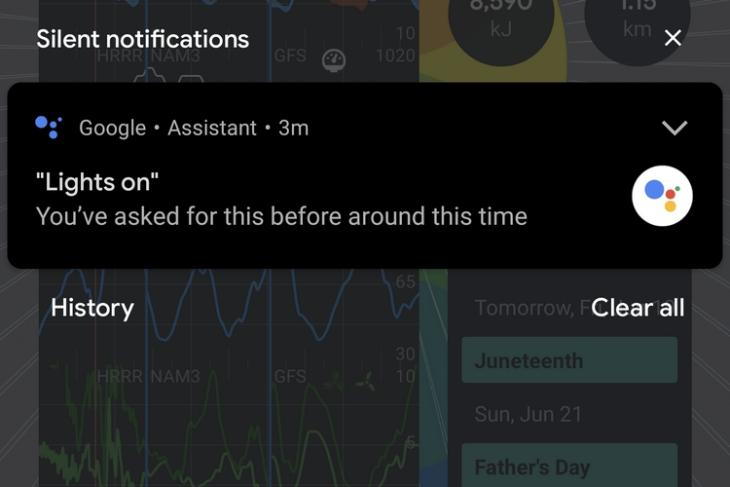 In an attempt to ensure a seamless experience, Google Assistant may soon introduce action suggestions based on your usage patterns. With this feature, the company will send notifications reminding you to perform specific tasks – that you may have performed in the past – based on the time of the day.

For instance, Google Assistant recently reminded a user to turn the lights on because the person had asked the Assistant to complete this task around the same time in the past. The notification reads  – “Lights on – You’ve asked for this before around this time,” as you can see in the screenshot below.

According to Android Police‘s report, tapping the notification will directly perform the command, without you having to jump through any hoops. An ideal use-case for these notifications would be for smart home controls or tasks you undertake frequently.

From what it looks like, this is not meant for advanced Google Assistant users since they would be using custom routines. Instead, it will help users who have not automated such tasks and use Assistant for manually performing such tasks on a regular basis.

For now, there’s no information regarding the list of supported commands for this feature. Also, it appears like the feature is part of a limited test and hence, you might not be getting such notifications anytime soon.

The reliability of the feature is something we’ll have to test and find out when the company manages to roll it out widely, hopefully in the near future. So, have you received any such notifications from Google Assistant yet? Do not forget to let us know in the comments.