Skip to content
Home News Yes, a Gaming Shower Pod Now Exists; And We Are Not Kidding! 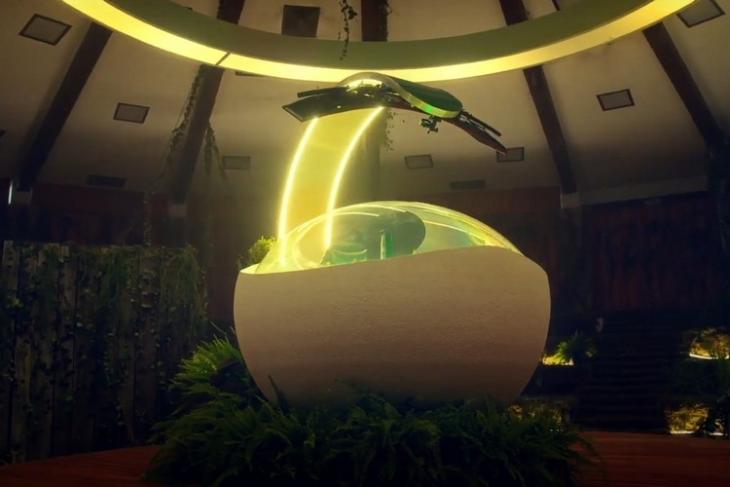 With an aim to deliver a peaceful and relaxing gaming experience for gamers, Irish Spring, a Colgate-Palmolive subsidiary, has unveiled a one-of-its-kind gaming shower. Yeah, you read that right! Dubbed the “Irish Spring Nice-Smelling Gaming Shower”, it is the world’s first product that aims to radically wash away the gaming sector’s dirt. Check out the details right below.

Irish Spring is primarily a soap and body wash manufacturing subsidiary of the Colgate-Palmolive brand. The company says that “when gamers are in the thick of battle, taking down the big boss, or competing in an all-out battle royale, the last thing they want to do is put down the controller.” As a result, many gamers admitted that they skip showering on most days to keep up with their grind. As per Irish Spring, one out of five gamers admitted that they skip showers for their gaming needs. Thus, the need for a gaming shower pod.

“Irish Spring is building off the momentum from its Big Game debut of the magical, nice-smelling world of Irish Spring by creating the first-of-its-kind Irish Spring Nice-Smelling Gaming Shower,” Emily Fong Mitchell, the General Manager of Personal Care for the North American region at Colgate-Palmolive, said in a statement.

So, to help gamers take a fresh and relaxing bath without needing to halt their gaming grind, Irish Sping has developed the Nice-Smelling Gaming Shower. It is a majestic gaming setup that comes with a transparent, dome-shaped plexiglass exterior.

There is a classic gaming chair integrated within a dome-shaped structure. Underneath the chair, there is a pool of water that submerges half of the gaming chair. Above the dome, there is a wide, three-monitor setup hanging from a scorpion-tail-like structure (a-la Acer Predator Thronos Air). So, players can simply sit, relax, and enjoy a nice bath in the Nice-Smelling Gaming Shower while gaming with their controllers.

Irish Spring has partnered with the popular professional gamer and streamer FaZe Santana to unveil the gaming shower. The company will reveal the gaming experience in its innovative gaming shower in an official in-depth video on April 29, which is the National Sense of Smell Day.

So, what do you think about the world’s first gaming shower? Would like to take a dip in it while playing your favorite game? Let us know in the comments below, and stay tuned for more such interesting stories.