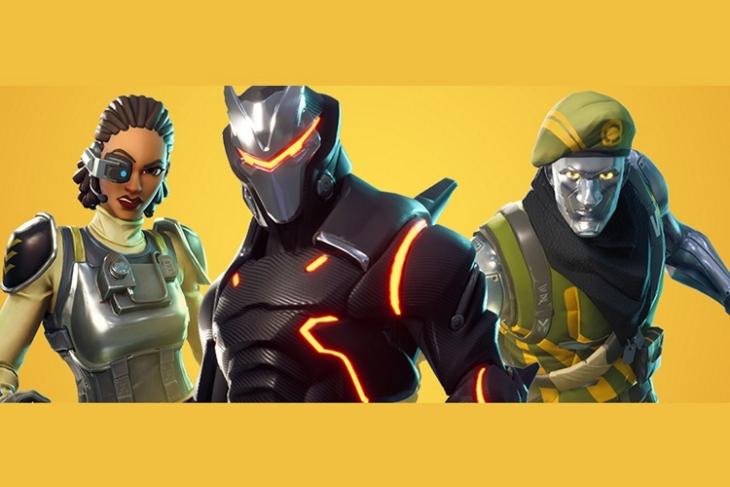 Ending all the constant speculation, Nintendo’s E3 2018 showcase confirmed that Fortnite and its uber-popular battle royale mode is coming to the Nintendo Switch – the company’s hand-held hybrid console. And what’s even better, it is already available to download and play from the Nintendo eShop.

Everyone’s favorite battle royale title is finally available on the fastest selling gaming console. The download size of Fortnite on Nintendo Switch is about 2GB and the gameplay appears to be smooth and intuitive, as several reports suggest.

A much-welcome change is native voice chat. It means you won’t need an additional voice chat app on your phone to talk to your friends during a game.

Fortnite has garnered a cult following with its funky graphics and constant updates, and now that the game is now available on all major gaming platforms, it’s popularity (even Drake’s playing it) is bound to skyrocket.

Get Fortnite on Nintendo eShop (Free)

While you may be running to the eShop to get the game (there’s a link above after all) many Fortnite fans have already downloaded the game and a lot of them are not happy. In fact, some fans are brimming with anger thanks to Sony’s cunning and some would say unethical antics.

Sony is seemingly blocking cross-login and cross-play for Fortnite on the Nintendo Switch. Reddit and Twitter are already swamped with a hoard of complaints from unhappy users.

You are currently keeping people who have spent money on your platform for Fortnite from playing their game on the switch.

You are punishing PAYING customers.

The days of your resistance to cross platform needs to end today.

Fortnite for Nintendo Switch has cross-play with all versions of the game… except for PS4.

In fact, you cannot use your Fortnite account on the Switch if it's attached to your PS4.

If you have logged into Fortnite on your PS4 and are now trying to use the same Epic account on Switch then you’ll see an error message, which reads: “This Fortnite account is associated with a platform which does not allow it to operate on Switch. Neither the Fortnite website nor Epic customer service are able to change this. To play Fortnite on Switch, please create a new account.”

This means you cannot carry over your existing progress, perks and skins to the Switch version. One possible and the most obvious explanation is that Sony is blocking players from moving to Switch, which has naturally made fans angry. It could have a cascading effect on PlayStation 4 games, as is known to have happened in the past.

Epic Games and Nintendo have not responded to the player outrage, but will soon need to fix it or justify the decision somehow to keep Fortnite players on Nintendo Switch. Sony is concerned that user activity on PS4 will drop significantly if players have the option to continue their games on the Nintendo Switch.

If you are as infuriated at Sony as many are, let us know your thoughts this PS4 problem in the comments below.