Skip to content
Home News FIFA 19 Demo to Go Live Tomorrow, Here’s What It Will Include 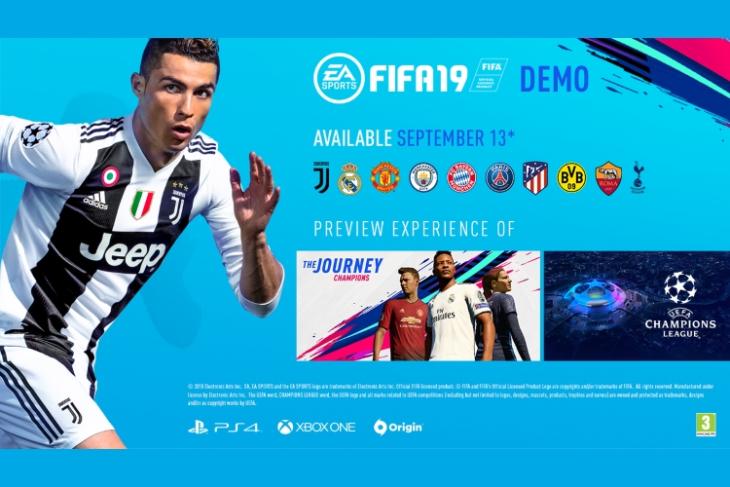 It’s that time of the year where video games will be launched in abundance. EA Sports’ FIFA 19 is one of the most anticipated sports games of the year, presumably because of how big it is going to be this year. While the release date for FIFA 19 is still a couple of weeks away, the company has announced that the demo for the game will be going live tomorrow.

Here. We. Go. Start your season and download the #FIFA19 Demo on September 13th! pic.twitter.com/PXLXu82mOa

As announced in an official tweet, EA Sports has stated that the FIFA 19 Demo will be available to download on September 13. The downloadable demo should be available across PlayStation 4, Xbox One, and EA Origin for PC.

The demo will also include a preview experience of the third season of The Journey, where users will able to live out another chapter of Alex Hunter’s life as he gets along with Bale and Benzema in the Real Madrid jersey. Lastly, FIFA 19 is the first game in the franchise to feature the UEFA Champions League competition as well, and a preview of it would be available in the demo too.