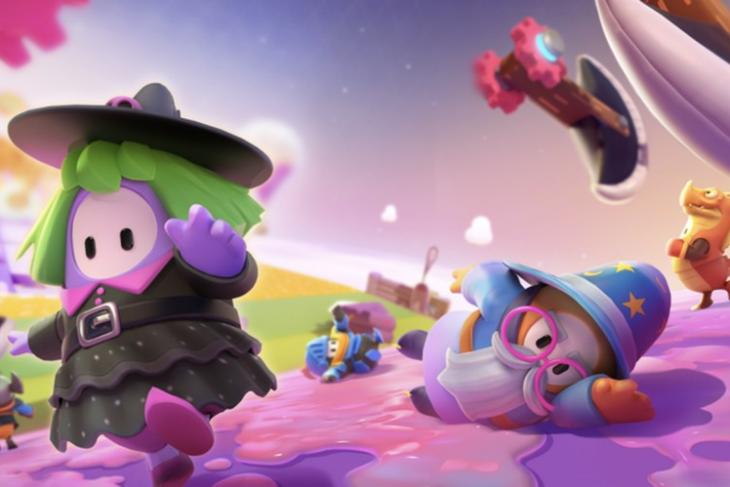 Mediatonic’s unusual take on battle royale, Fall Guys: Ultimate Knockout has become massively popular in the gaming scene. The game’s first season was surely a hit, mainly because of the challenging (and fun) levels and those cute jelly bean characters. If you don’t know what I am talking about then you have been living under a rock, my friend. Now, the developers are gearing up to roll out Fall Guys Season 2 and we have all the deets, along with an official launch date for you.

The game is all over the internet and the developers are all set to launch their second season, which kicks off October 8th. We got a sneak peek at Fall Guys season 2 during the Gamescom live stream last month. So, what should you expect from this season? Well, it will bring a new theme, new customization options, and more that we have talked about in detail below.

Announcing dates always feels like you're cursing things, but it's Halloween month, so let's get cursed!

Season 1 will now end as Season 2 begins and we're going to DOUBLE fame points during this time! 👀 pic.twitter.com/J9TFIZ1BDd

Fall Guys Season 2: Everything We Know

So, here is everything you need to know. For starters, they have got a new medieval theme which will include knights, princesses, and dragons, with a new wardrobe of medieval outfits and emotes.

This season they have taken it a notch higher by including movable elements in which players can drag into positions for completing their objective. The game’s lead designer Joe Walsh says that “players will be able to traverse giant drawbridges, dodge swinging axes, and scale moveable siege ramps in the quest for ultimate game show glory”.

There are new customization options as well. For instance, you will be now able to add a banner to match your name and icon, and finally, choose a nickname. Players might also get 40 new items to unlock by making one’s way through the episodes.

Walsh further added that “Fall Guys Season 2 will bring the dragon fire with feudal fortresses, knockout knights and pugilistic paladins among new additions coming this October. A full season of new costumes emotes and more will reward players as they lay siege to the Middle Ages.”

So, if you have not already jumped aboard the Fall Guys hype wagon, then the second season can be a good time to join the fun. Get some friends together to jump into this jellybean-rules medieval obstacle land.

7 Best Games Like Fall Guys for Android and iOS