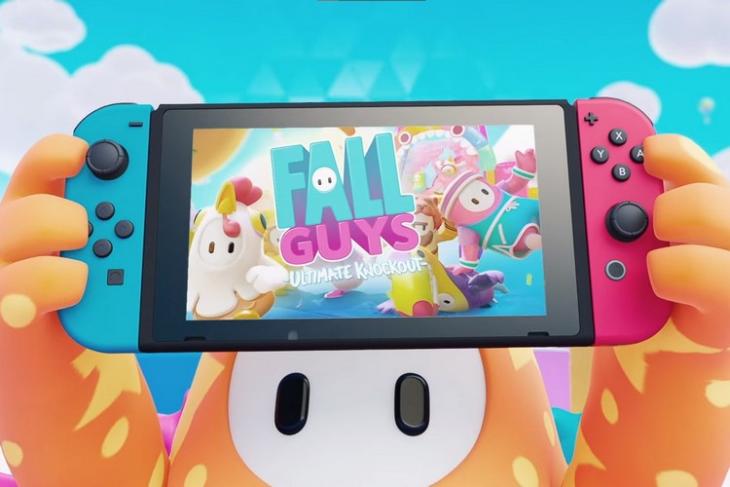 Following EA’s confirmation to release its popular Battle Royale title on the Nintendo Switch, Mediatonic has announced that Fall Guys: Ultimate Knockout is also coming to the handheld console. The game will make its way to Nintendo Switch this summer.

For the uninitiated, Fall Guys: Ultimate Knockout is a unique take on the Battle Royale genre. The title became massively popular amongst online gamers and streamers last year. This was mainly due to its super-fun gameplay and adorable characters. The game also bagged the award for the best multiplayer game at the Golden Joystick Awards for video games. Moreover, with the developers adding new content with each passing season, players remain hooked to the game.

Along with the announcement, the developers even released an adorable video. In the video (attached below), we can see the cute jelly-bean characters take two Joycon controllers and attach them to a Switch console.

Now, it is not yet known whether the developers will provide any extra benefits for Switch players getting the game. We saw EA announce that Apex Legends players on Switch will get to earn extra XP (in-game achievement points) during the first two months of the launch. They will also get 30 free levels for their Battle Pass upon purchase. However, neither Mediatonic nor Nintendo announced any similar benefits for the game on Switch.

The title is currently available on PC and Sony’s PlayStation 4 consoles. Now, with the release of Fall Guys: Ultimate Knockout on Nintendo Switch, the developers are aiming to garner more players for the game.

Moreover, Mediatonic is also rumored to be working on a mobile version of the title. The said version, however, will only launch in China, as per earlier reports.

7 Best Games Like Fall Guys for Android and iOS