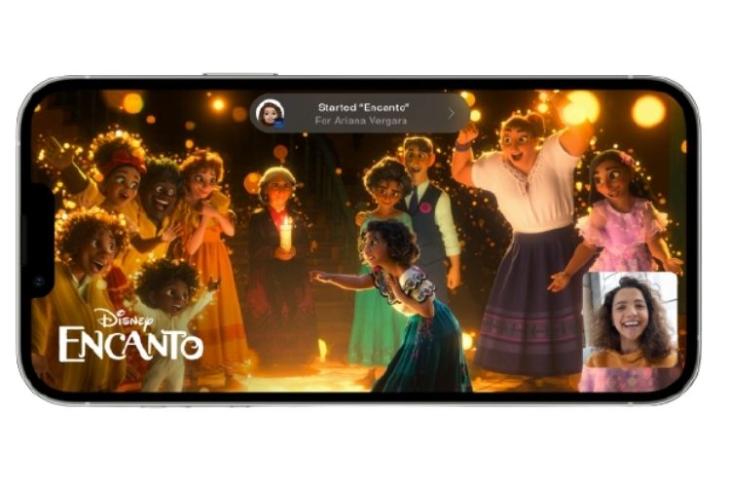 Starting from today, Apple users will be able to stream thousands of movies and TV shows on Disney+ while on a group FaceTime video call on iPhones, iPads, and other supported Apple devices using SharePlay. The digital streaming giant says that the feature will be available for all users across the world and will be compatible with every movie and TV show on its library.

This includes content from Disney, Marvel, Star Wars, Pixar, and National Geographic. Furthermore, the company added that users will be able to use SharePlay for its latest content like Marvel’s Hawkeye and Welcome to Earth as well as upcoming movies like Encanto and The Book of Boba Fett.

Although Disney offers its own co-watching feature dubbed GroupWatch on the Disney+ platform, introduced last year, the support for SharePlay comes as a welcome addition for Apple users who want to watch movies and TV shows over FaceTime with their friends and family.

“We’re very excited to launch SharePlay on Disney+ for Apple users in time for the holidays and ahead of several highly anticipated premieres. With thousands of movies and shows and a growing content catalog of new titles and originals, SharePlay provides another opportunity for personal friends and family around the world to come together and create new memories with their favorite stories on Disney+,” said the EVP of Product and Design at Disney Streaming, Jerrel Jimerson, in a statement.

Now, it is worth mentioning that Apple users need to update their devices to at least iOS 15.1, iPadOS 15.1, tvOS 15.1, and macOS Monterey 12.1 to get the support for SharePlay on Disney+ or any other streaming platform. Plus, they will also need to update the Disney+ app to the latest version to get the feature. Furthermore, every participant of a SharePlay party on FaceTime will need an active Disney+ subscription to watch movies and TV shows on the platform together.

Once the feature is live, you can check out our story on how to use SharePlay on FaceTime to try it out on Disney+. And if you face any issue regarding the SharePlay feature while streaming content on Disney+, check out how to fix some common SharePlay problems on FaceTime. Also, do not forget to let us know about your SharePlay experience on Disney+ in the comments below.