Skip to content
Home News You Now Get Free Wi-Fi Facility Inside Delhi Metro Trains; Here’s How to Access It 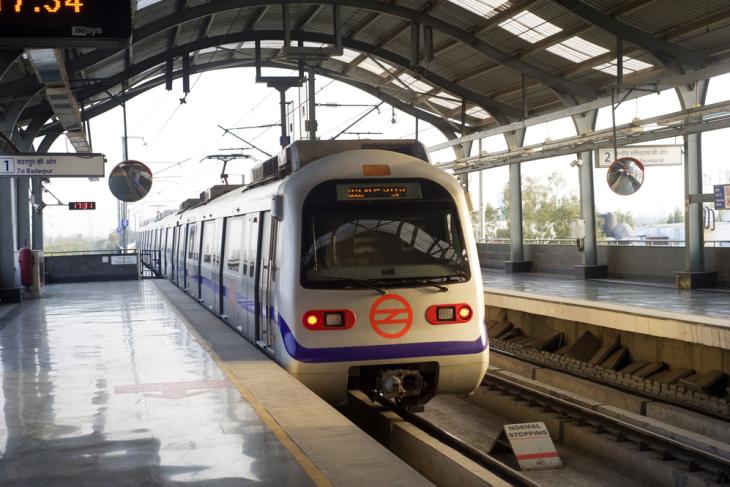 In what can only be seen as another milestone in Delhi Metro’s journey, you will now be able to access free high-speed Wi-Fi services while traveling on the Airport Express Line. Delhi Metro Rail Corporation (DMRC) has provided free Wi-Fi service on numerous metro stations since 2016 but this is the first time it’s offering Wi-Fi services on a moving train.

As you can see in the official tweet below, DMRC Managing Director Dr. Mangu Singh was the one to launch the “Free High-Speed Wi-Fi” facility for passengers traveling on Airport Express Line. It stretches across 22.7 kilometers and has six metro stations, which were also the first to get free Wi-Fi services.

Travelling on board a train from New Delhi to Dwarka Sec-21 and back, DMRC’s Managing Director, Dr. Mangu Singh launched the ‘Free High Speed Wi-Fi’ facility for passengers travelling on the Airport Express Line. pic.twitter.com/qBzNaMUMmJ

As per DMRC officials, the Wi-Fi service will be provided completely for free. The target speed would reach up to 300Mbps per metro train and there will be no limitation on download speeds or traffic volumes per user, which sounds amazing. India’s Delhi Metro now joins Russia, South Korea, and China to offer free Wi-Fi facility on an underground metro train.

If you are wondering about the technology behind the service, DMRC has employed a 2-level network to enable Wi-Fi access aboard moving metro trains. It’s using a train-to-tunnel (T2T) radio network, which passes the signal from base stations inside all the tunnel to a portable station aboard head cars. This is the first level. The next level sees DMRC use an inner-train network transmit signal from the Wireless Access Point in each metro car to users onboard.

How to Access Free Wi-Fi Service on Delhi Metro

If you’re traveling by the Airport Express Line (orange line) then today onwards, you will notice the new “METROWIFI_FREE” network available within the metro train. Just tap on this Wi-Fi network in the settings. You won’t be asked for a password or anything, but a browser page will open requesting your phone number.

Here, you have to enter the phone number and OTP sent to you to be logged in and gain access to the free Wi-Fi connection. You can then browse the Internet, watch videos, and enjoy your almost 24-minute ride from the Airport to the New Delhi metro station.

The free Wi-Fi service on metro trains is currently available only on the orange line but is expected to expand to other corridors (possibly starting with the Blue and Yellow corridor) later in 2020. So, if you want us to check out the free Wi-Fi service on the Airport Express Line and share our opinions in a video, drop a comment down below.

Delhi Metro Yellow Line Gets Free Wi-Fi Facility; Here’s How to Access It