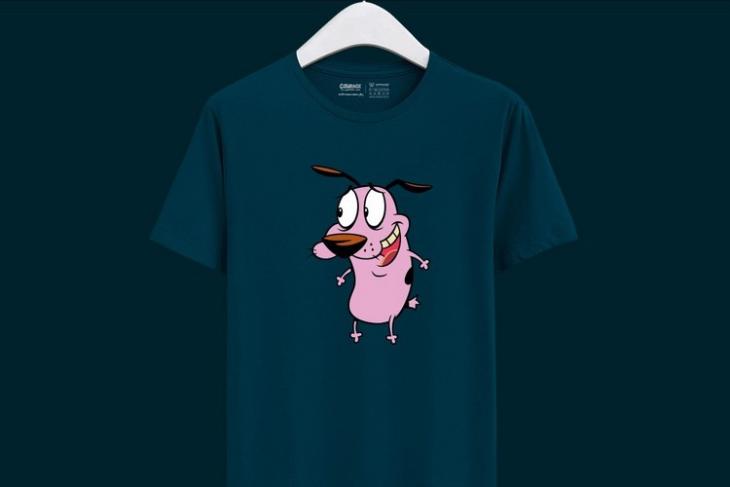 Since online textile startups such as The Souled Store and the Bewakoof.com started becoming popular among the consumers, we have seen some cool attires with unique designs pop up in the market. However, amongst all of these companies, not a single one makes t-shirts that come with a pair of animated eyes.

While scrolling through my Instagram feed, I came across an advert from this new online t-shirt sellers called Appsurd. Now, these kinds of ads do not usually intrigue me. However, as soon as I saw the cool designs of the t-shirts and more importantly, the pair of animated eyes in the middle of each of them, I immediately went to the website to check them out.

However, the highlighting feature of each of these tees is that the wearers can use their smartphones to animate the eyes of each of the characters featured in the collection.

Confused? Well, I was too, until I discovered how it all works.

How It All Works?

So, the catch is that there is a secret pocket in the middle of each of the t-shirts in which users can put their smartphones. However, before putting the device inside this secret pocket, wearers need to download Appsurd’s official app from the Play Store or the App Store and load up the eye-animation made for their t-shirt.

For instance, if you have the Dexter t-shirt, you need to find that in the app, play the animation there, and then put the device inside the pocket. However, make sure to place your smartphone correctly in the pocket so as to align the animated eyes in the app with the eye-holes of the character in your t-shirt.

You can check out the official video on how-to to give your t-shirt a pair of googly eyes right here:

Now, I get it that continuously playing an eye-animation video on your smartphone could drain the battery of the device quite rapidly. However, you don’t have to put your smartphone to work every time you wear the t-shirt. The t-shirts look cool, even without the animated eyes.

So, if you are looking for a unique attire this festive season, you can check out these unique t-shirts on Appsurd’s official website. They come for a price of Rs. 999 (~$13) and ships within 7 to 12 days.