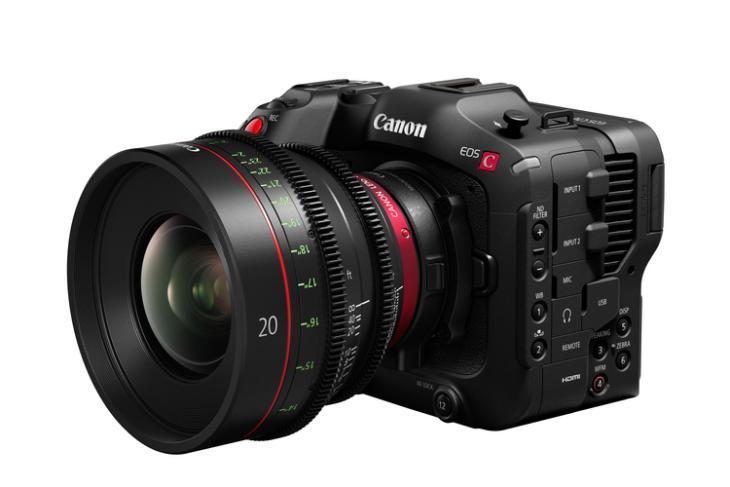 Canon on Thursday announced a slew of new products in Japan, including the EOS C70 ‘Cinema Camera’ that supports 4K/120P recordings to offer cinema performance in a relatively small form-factor of a standard DSLR camera. Alongside the camera, the company also unveiled the CJ20eX5B portable zoom lens and the EF-EOS R mount adapter.

The EOS C70 camera and the EF-EOS R mount adapter will go on sale in India starting November, but the final pricing is yet to be announced. There’s also no official word on whether the CJ20eX5B zoom lens will make its way to Indian shores any time soon.

The EOS C70 is Canon’s first EOS Cinema camera equipped with an RF mount natively, making it compatible with any of the RF lenses from Canon’s EOS R System. It can also support the company’s EF-series lenses when paired with the right mount adapter.