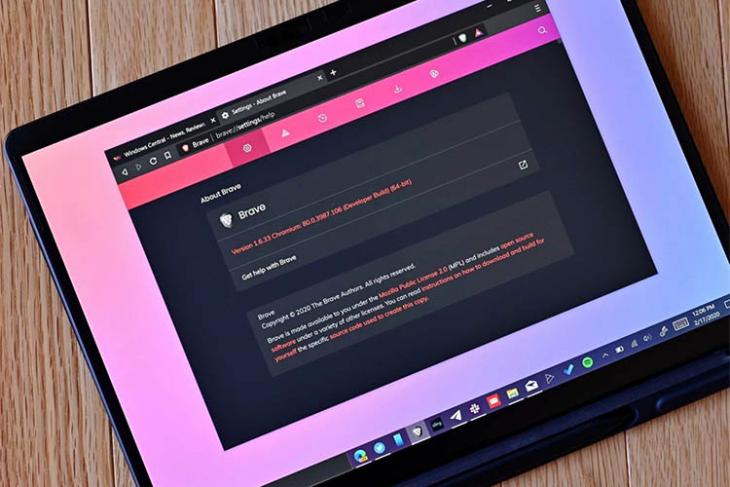 With the launch of the Surface Pro X at its annual Surface event last year, Microsoft is trying to push the envelope in ARM-based Windows laptops that claim to offer massively improved battery life alongside features such as built-in LTE connectivity. However, one of the biggest problems with the Surface Pro X is the lack of Windows apps that natively run on ARM64 libraries. Even among browsers, Edge is the only one currently publicly available with ARM support, while Firefox is testing its own browser.

However, for fans of privacy, there’s some good news — Jeremy Sinclair, a Windows MVP developers has recompiled Brave browser using ARM64 libraries, allowing it to run natively on the devices like the Surface Pro X.

I told y'all I was gonna do it. pic.twitter.com/f3szfPWTL1

This was possible because Brave is built using the open-source Chromium project, meaning anyone with the right time and resources could recompile the browser if they so wished. Sinclair hasn’t made his recompiled browser available to the public, but he did share the app with Windows Central which reports that it runs really well on the Surface Pro X — that’s nice to hear.

Sinclair has also shared his work with the Brave team, so hopefully we’ll get to see an official ARM version of the popular privacy-focused browser as well. Until then, you are unfortunately stuck using Edge natively, or running browsers like Chrome in a container — something that most reviewers have said takes a big hit on performance and battery life alike.

Privacy-Focused ‘Brave Browser’ Finally Out of Beta on Android, Windows and More

Brave Browser Will Pay You to Surf the Web