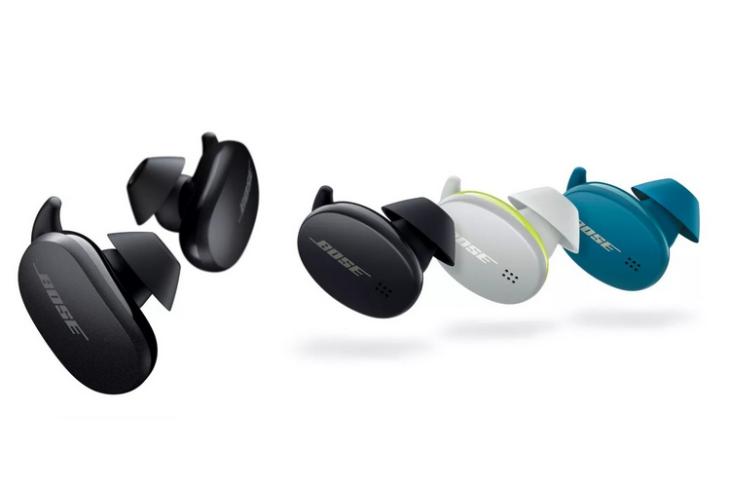 After initially announcing them at the launch of the Bose 700 Noise Cancelling Earphones last year, the US-based audio products maker has now officially launched its latest TWS earbuds. Called Bose QuietComfort Earbuds and Bose Sport Earbuds, the devices come with a similar TWS form-factor, but have some notable differences. The former offers active noise cancellation (ANC), while the latter comes with a more rugged build meant to withstand heavy physical activity.

The Bose Quitecomfort Earbuds feature an in-ear true wireless design. They come in a compact form factor, with each bud measuring a little over an inch. As evident from the name, the buds ship with Bose’s proprietary noise cancellation technology to reduce ambient noise. It does so by using multiple microphones, tiny transducers and a new algorithm. Bose also claims a battery life of up to six hours for the buds themselves and an additional twelve hours with the case.

Aimed at folks who like to tune in to music while working out, the Bose Sports earbuds have an “almost-magical defiance to shift or fall out”, and features an “entirely new acoustic system”. The Bose Sport earbuds also comes with an IPX4 rating that denotes water and sweat resistance. The device ships with a high-efficiency driver, new port design and a volume-optimized equalizer. In terms of battery life, Bose claims they can work for up to five hours on a single charge and an additional ten hours with the case.

While the QuietComfort Earbuds has an asking price of $280, the Bose Sport is exactly a $100 cheaper with $180 price-tag. They are both up for pre-order in the US on Bose’s own official webstore, as well as on Amazon and Best Buy. They will be available for purchase from September 29.