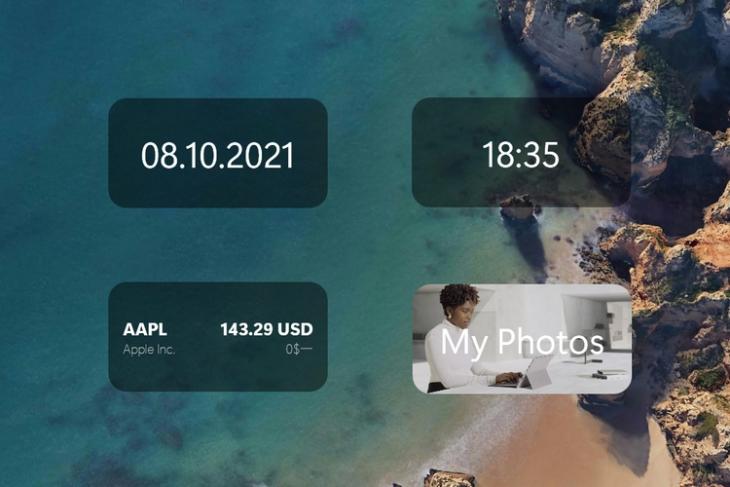 One of the first Windows 11 Settings I changed when Microsoft released the first Windows 11 Insider build earlier this year in June was disabling the new widgets panel. That’s not because I hate widgets. As someone who used to customize the desktop with Rainmeter and experiment with a variety of Rainmeter skins back in the day, I was genuinely excited to try widgets in Windows 11. Well, that was until I got to know Windows 11 widgets are essentially a repackaged version of the Windows 10 news and interests widget.

While we are still waiting for third-party support in Windows 11 widgets, there exists a new widgets app called BeWidgets (via WalkingCat) that offers customizable modern widgets for your Windows 11 PC.

At the moment, BeWidget lets you create time, date, photos, app shortcut, finance, and weather widgets (was greyed out when I tried it, though) and place them on your Windows 11 desktop. You can customize these widgets to set your preferred width, height, background color, font style and color, and more. You also have the option to save your current layout to switch to them later.

Comparing BeWidgets to Windows 11 widgets, there are some common functionalities like the weather, finance, and photos widgets. While the finance widget is way better on Windows 11’s native implementation, the photos widget here is more useful on BeWidgets since it lets you choose local files. What I didn’t like about the photos widget is that it doesn’t let me remove the persistent ‘My Photos’ wording even when I left the textbox blank. That will hopefully get fixed in future updates.

According to the Microsoft Store listing of BeWidgets, the app will work on Windows 10 version 14393.0 or higher too. At first glance, BeWidgets seems like a neat addition and a worthy replacement for the Widgets panel until Microsoft eventually adds third-party widgets support for Windows 11. Until then, you can try out BeWidgets from the link below.