XCOM 2 is a very popular turn-based tactical game and chances are, you are here because you have already played it. While the game is intense and fun, what with you playing as a commander training soldiers for battle, dropping them into battle zones, and coordinating all your soldiers for an attack. The game is played on a huge map with isometric battlefields and the goal is to defeat the aliens which have conquered our world. While it is definitely fun, it can be made better. Thankfully, there are some great mods for XCOM 2. The following mods benefit the gameplay in XCOM 2 one way or the other, with some being an exception because we all like having simple fun once in awhile. Before we get to the mods, you should know how to apply these mods. It is a simple process:

How to Install Mods in XCOM 2

First, you have to create a folder dubbed “Mods” and this should be created under \Steam\steamapps\common\XCOM 2\XComGame. Then, place the mods in that folder after you’ve downloaded them. Then the mods will be available in the game’s launcher. It’s that simple!

So, now that you know how to apply XCOM 2 mods, here are the 20 best XCOM 2 mods you should try to enhance the gameplay: 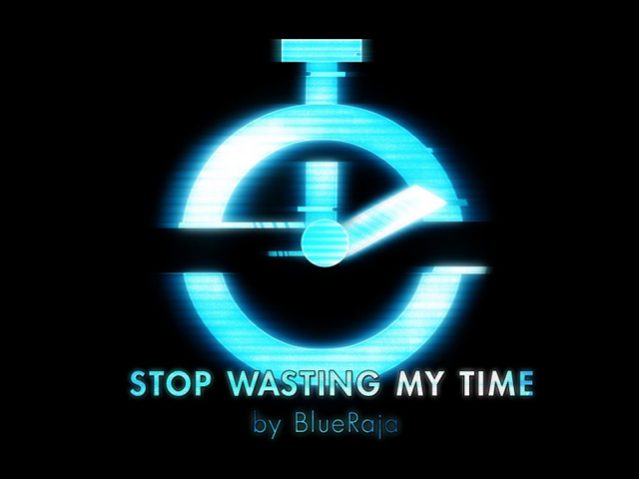 In fast paced games, some irregular breaks really ruin the rhythm of the game. XCOM 2 has some of these breaks in the game. These Breaks occur between shots, after killing someone or running for cover. This results in a choppy experience for some people. Stop Wasting My Time is the solution to these breaks and makes the game more fluid. This mod does not speed up the game to an extent that it seems rushed, rather, improves the overall experience. 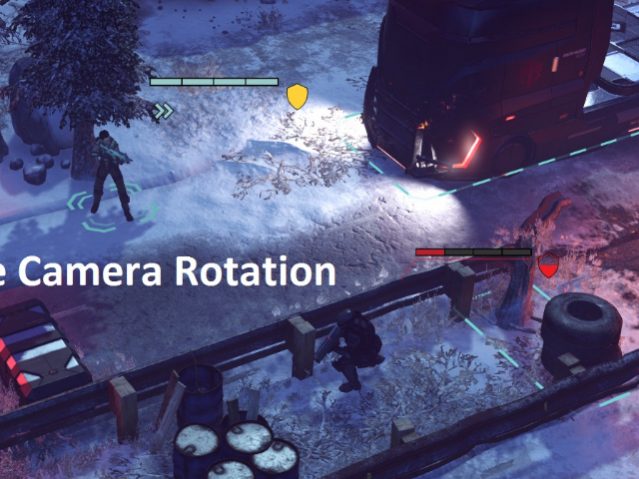 In a strategy based game like XCOM 2, a view of your surroundings is required for optimal planning. XCOM 2 traditionally does not include the feature to move the camera in a 3-Dimensional plane. This mod was created to have a proper overview of your surrounding, so that you can plan and move accordingly. The mod includes zooming in and out, 45-degree rotations and even the traditional fixed angles. 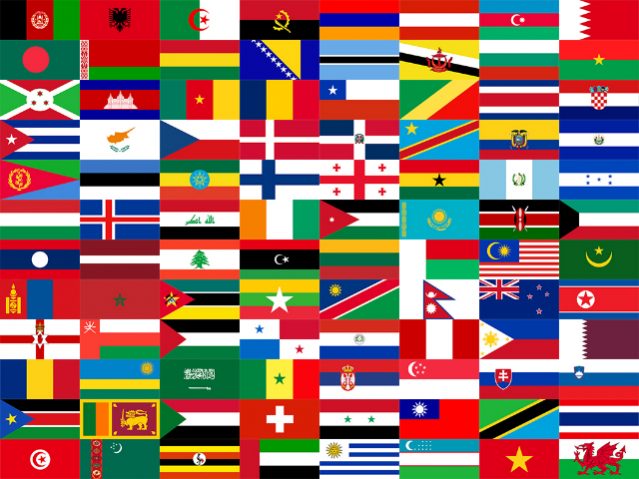 This mod, as you guessed it, adds more countries to XCOM 2. XCOM 2 already has a wide variety of nations, but once you have finished the game there isn’t much more you can do. So, for all those who want more action and gameplay, the New Countries mod will be ideal. It adds 21 new soldier nationalities; from Slovakia to the UAE. This mod does not only add gameplay but also makes the game more diverse and full of more experiences. 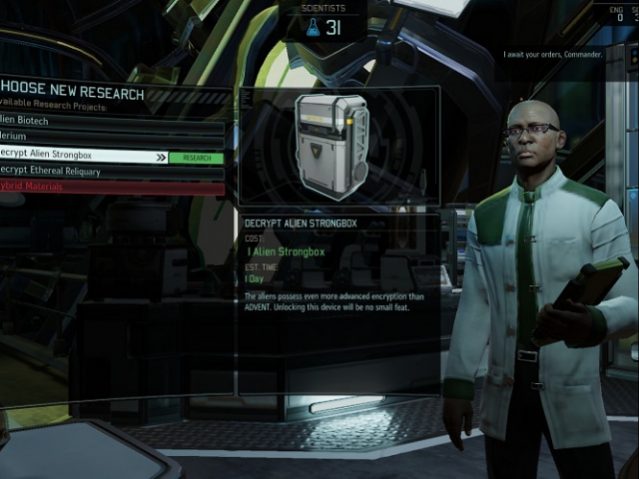 This mod is for the players who would like some fun once in a while. You’ve got the control. The Cheat Mod opens up a world of amazing tricks and features which would otherwise be impossible to use in XCOM 2. For example, you can stop the Advent Clock and roam around at your own pace, or even have unlimited inventory storage. The Cheat Mod can do much more than this and should be checked out. 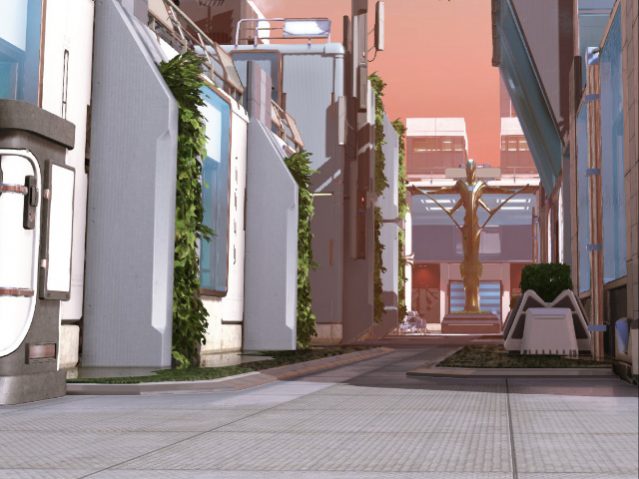 XCOM 2 is loaded with different areas and maps. This is done by having small packets or parcels of information about a particular place and randomizing these parcels to create unique areas, that is why every time you play you get a different battleship each time. This mod brings more than what already is present. The mod introduces more parcels created from the game itself, blending it perfectly in the game. The parcels aim to bring more unique content to the same maps, rather than completely new levels. 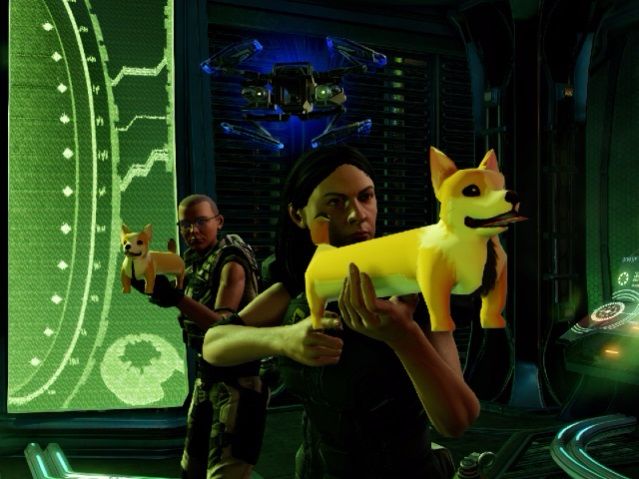 This mod makes it to the list for its sentiment value, as well as uniqueness. It was the first ever mod to be released for this game, making it of great value to the players who want to see where the community started at. ACORG-47 replaces all the guns in the game with corgis. That’s right, cute little dogs who stick their tongues out when ‘fired’. The mod is really fun to see in action, and really brightens your day. 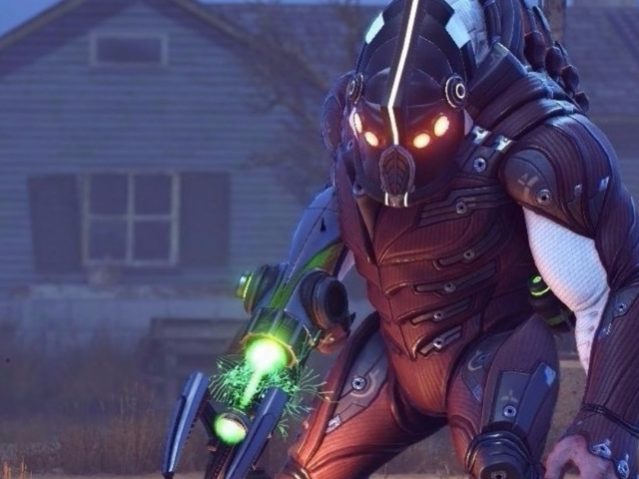 This mod is from the creators of XCOM: Long War themselves, and is perhaps one of the best mods for XCOM 2. The mod introduces a new muton to the aliens, and this muton is not like the others. It is a much larger, much stronger, and a much more brutal foe than your average alien already present in the game. This is for those players who want more difficulty out of this game, as going head to head with one of these Centurions is no easy task. These creatures also have the ability to make other aliens stronger by their War Cry. 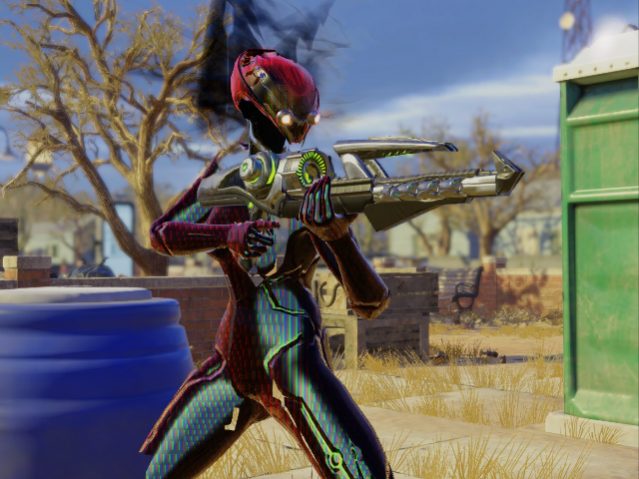 A Better Advent 2 is an AI overhaul for XCOM 2. This mod makes the game more difficult, and much more enjoyable to play. This mod is perfect for those players who really want a challenge, and more creatures to destroy. A Better Advent also introduces new creatures; around 60 new enemies come with this mod. All these creatures are diverse and powerful, with different ways to kill. The mod does a great job in improving the gameplay, and every one should check this out. 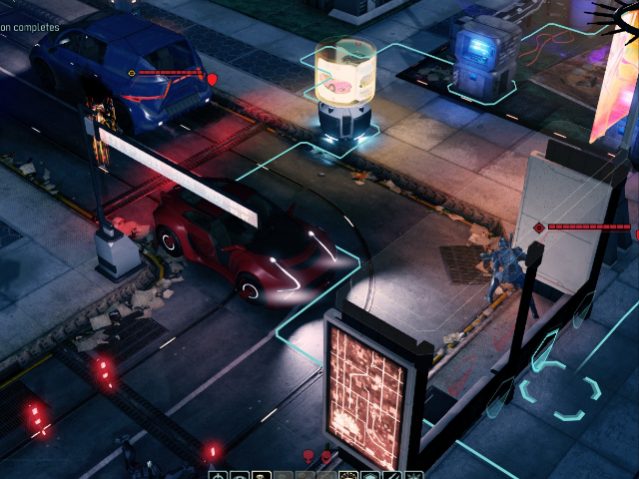 This is a mod which adds a minor feature (in comparison with these other mods) but the feature it adds is of great use, and has a nice effect on the gameplay. Stabilize Me! is a medical mod. It allows you to use a medical kit to help your fallen trooper from bleeding out and dying. The mods adds a feature that many would appreciate, especially if their only medic goes down on the battlefield. 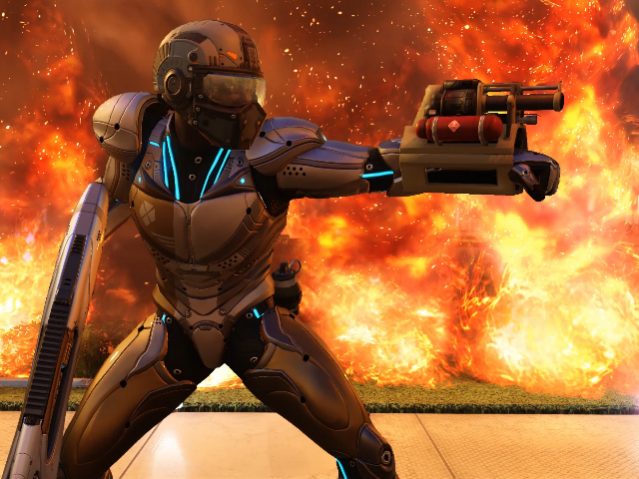 This mod is another mod which improves the overall gameplay, while only adding a minute feature. Panic Mod adds a bit of sense into the soldiers. In XCOM 2 when you start shooting at enemies, they start to run to the line of fire, rather than away to a ground on the spot. This is, no doubt, fun to look at because cowardly fighters running while being confused is seriously hilarious, but it can be a pain when you want some realistic action. Panic mod remedies this by making sure that the soldiers run away from the line of fire. 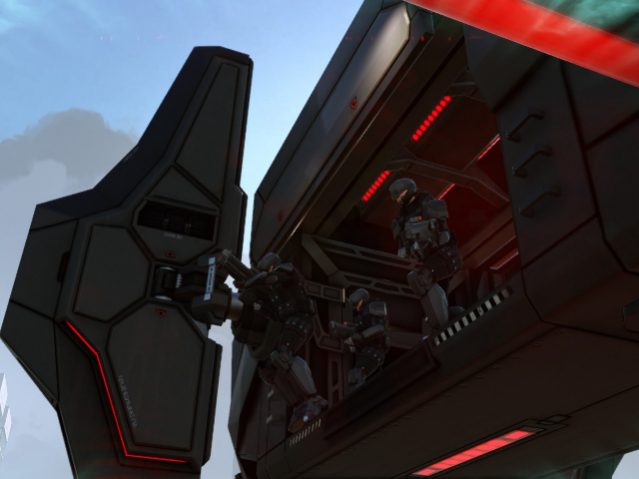 This is an unorthodox mod, as this does not work in your favor, instead, it favors your enemies – The Advents. How does it favor advents? Well, this mod allows the Advent Officer to call more advents to the battle when the initial ones have been wiped out. This can only be done once though, and you can set how strong the backup will be. This mod enhances the difficulty and brings more of a challenge to XCOM 2. 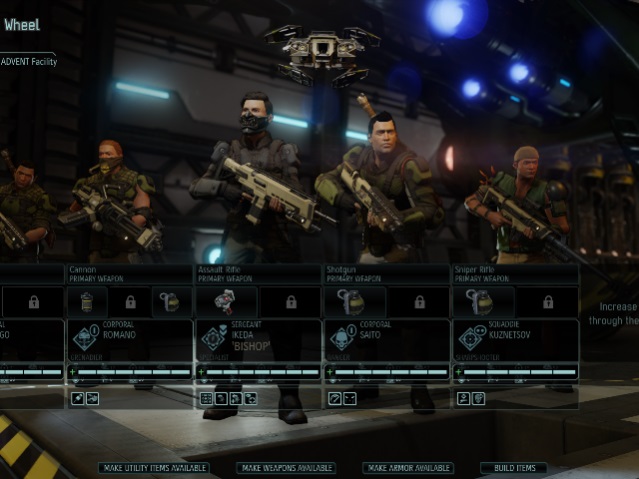 Show Me The Skills is an XCOM 2 mod which aims to make your life easier. One problem with XCOM 2 is that there is no at a glance information available about things. So, looking for things such as a particular grunt with the skill you require is difficult and time-consuming. Show Me The Skills puts all the information in an easy to access place: the squad selection menu. The mod also allows you to set what can be seen here, including perks, stats, and more. 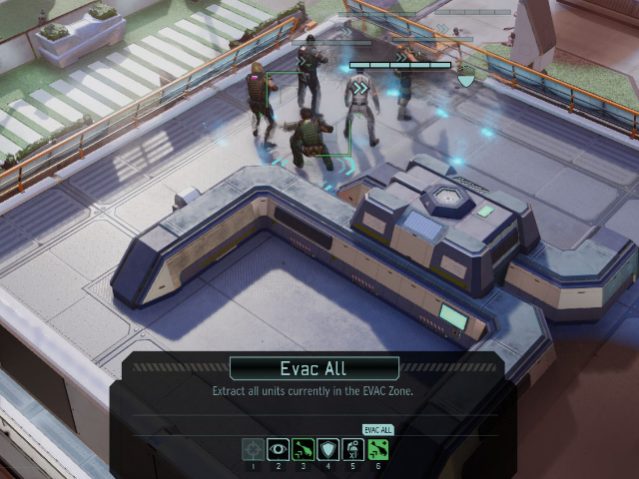 Evac All is another mod which sets out to make your life in XCOM 2 easier. This is a simple mod, which should have been already present in the game. What this mod does is that it evacuates all your troops in a single click. This is achieved by a button which the mod overlays in the game. Now, instead of clicking individual soldiers to evacuate them, a single click will do the job. With the saved time, you can get to beating more aliens. 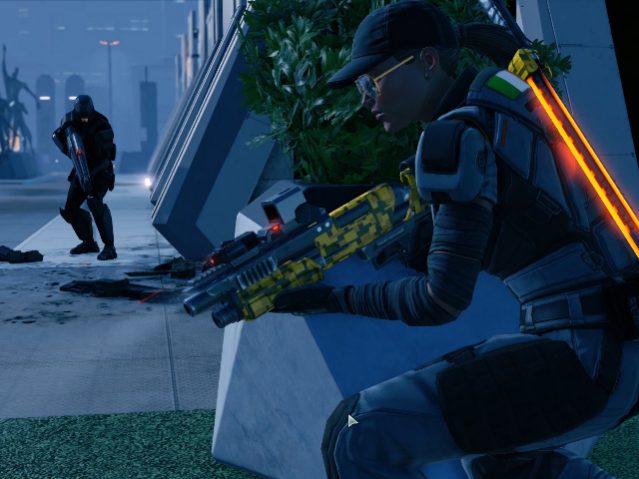 XCOM 2 has battle timers which add a little bit of difficulty to the game. There are many mods which tamper with this timer, some making the timer stop completely, while others decreasing the timer for more grueling and difficult battles. True Concealment, however, does not tamper with the timer, but rather makes it fair. In vanilla XCOM 2, the battle timer starts even when you are just hiding and have not been spotted. This mod only starts the timer when your first soldier is spotted. This is a nice mod which makes the timer system fairer. 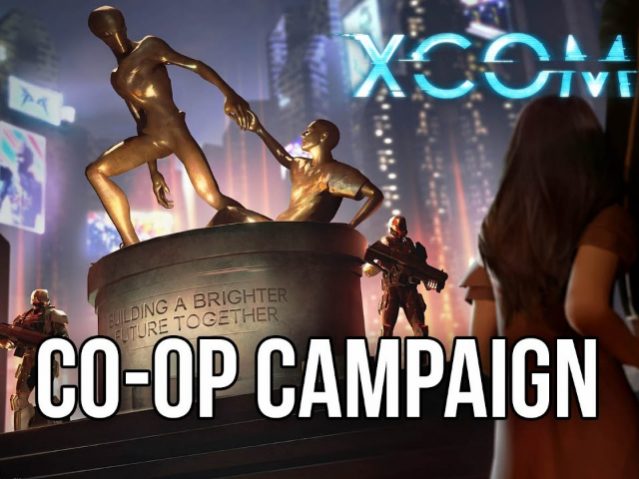 This mod is from the creators of XCOM, and it’s an amazing mod which works perfectly with the game, as the official developers worked on this mod. Tactical Co-op brings proper 2-player multiplayer to XCOM 2. The team is working on this mod to expand it to a 12-player multiplayer mod as well. The mod allows you to suffer the dice roll with a friend, which makes the game more fun.

For the mod, instructions are required to get it working. You can find them in the download link below. 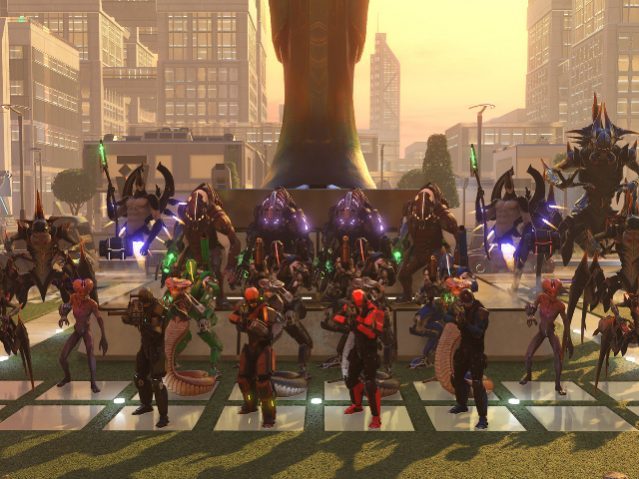 This is another mod from the creators of XCOM. The mod blends in perfectly and is perfect for players looking for more things to kill. The Long War Alien Pack adds a lot of new aliens and monsters. These aliens differ in their abilities, with some having shooting abilities, while others just being plain old strong. The Mod even contains the Muton Centurion from the other mods stated above. The mod is well designed and the creatures in this pack even consist of Advent Troops for those who’d still like some original aliens to kill. 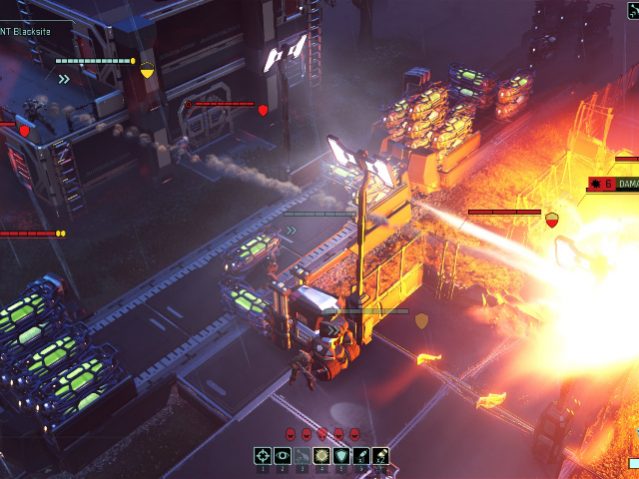 In vanilla XCOM, you can solve any problem by blowing stuff up. And as much as we love blowing stuff up, it takes away the precision and strategy from the game. You may be surrounded by enemies, and all it would take is a grenade to blow all of them into tiny little pieces. The grenade damage falloff mod does a great job in minimizing this. With this mod, your grenades are less powerful, and barely affect the enemies on the edges of the explosion; only the center of the explosion is where the damage is. This brings back the frustration and thrill of being surrounded by enemies and makes the game more difficult and real. 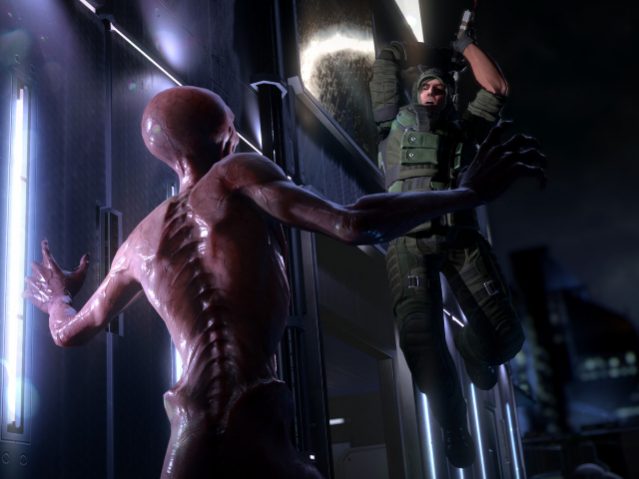 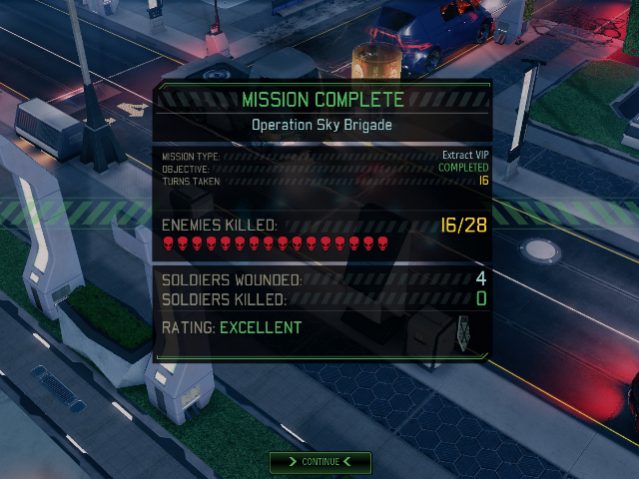 The Additional Mission mod is a great mod which increases the content of XCOM 2. The mod introduces many new unique missions. These new missions provide a different experience than Vanilla XCOM. You can play a defensive mission by defending cities, neutralizing missions, and much more. This is one of the best mods to make XCOM 2 even better. 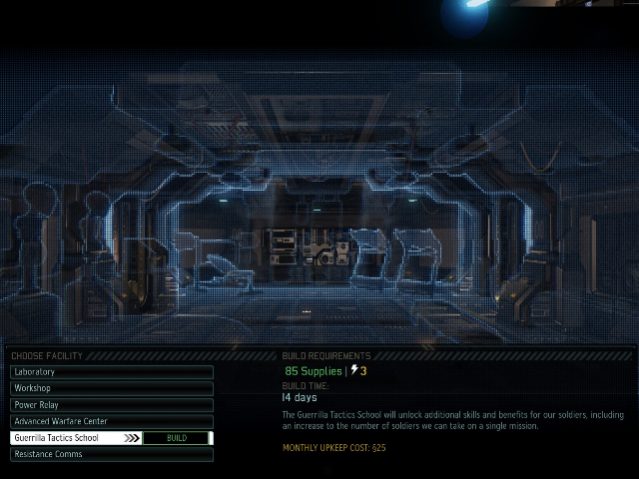 This is one of the biggest mods for XCOM 2. It is a complete overhaul of the game. It changes the gameplay from wiping out all enemies in sight to completing the mission objectives and extracting. Extracting is necessary because, after the alert, the advents will call in reinforcements. Initially, it won’t be a large reinforcement, but after more time, it turns into a full blown squad. The mod requires you to think more than the original XCOM 2. In supply raids, you need to be more careful and less greedy. Overall, the Guerilla War mod is one of the most exhilarating, especially combined with the additional mission mod.

Some of The Best XCOM 2 Mods

These are some of the best XCOM 2 mods out there that will completely enhance your gameplay experience and give you a lot of new stuff to explore in the game. So, try them out and let us know your favorite mods. Also, if you have any other favorite mods for XCOM 2 that we might have missed out on, do let us know in the comment section below.