If there’s any game in the Play Store that embraces Material Design’s theme and philosophy, wholeheartedly, it has to be Alto’s Adventure. With a package size of around 45 MB, it works well on almost all devices. The game is based on a tried and tested concept of a side-scrolling endless runner. You have to help “Alto” outrun and capture his free Llamas down a ski slope, with various obstacles en-route in the form of rocks, cliffs, enemies on horses and more, in a dynamic weather and time-based environment. Voted as the Editors’ Choice game and grabbing more than a million downloads, this certainly is a must-have for every Android gamer. 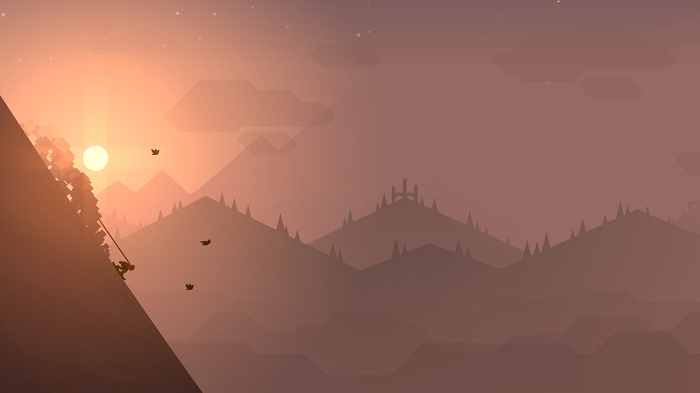 The developers of this game claim that Prune is “a love letter to trees”. And they are absolutely speaking the truth. Prune makes you fall in love with a very simple and addictive gameplay. You have to chop a tree’s branches to help it grow and flower in the presence of sunlight. Thanks to its very limited color palette, the gameplay is very relaxing. The concept is unique, thanks to the way it is implemented. This is a paid game, which means there are no advertisements to distract you from the soothing gameplay experience. 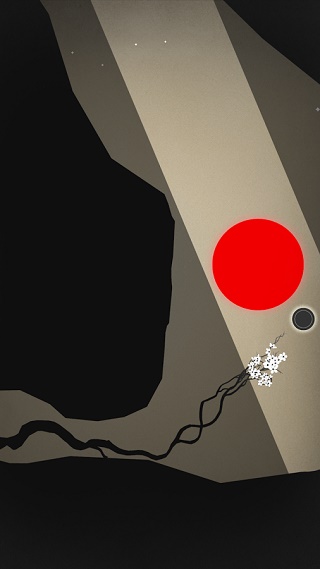 No, this is not a gyroscope app. Gyro is an arcade based retro-style game, where you need to catch certain colored balls with similar colored parts of a rotating wheel, which is controlled by your thumb. This is a major test of your hand-mind coordination skills, which you have to improve to collect power-ups and massive scores. It’s simple yet challenging at the same time. With tastefully designed levels, you will surely end up dragging your thumb on your phone’s screen most of the time. 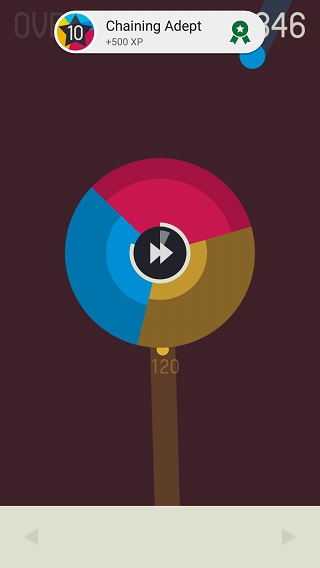 Taking inspiration from slingshot-based aiming games like Angry Birds, Big Hunter takes simplicity and fun to a completely different level. The bad things first – you cannot upgrade your character to win levels easily and the environment is made up of only 3 color shades. With that aside, we have to say that it is a highly entertaining and addictive game that will make you scratch your head to make some progress. You have to shoot down an angry mammoth with spears in varying levels of difficulties. And since it’s moving, it requires a lot of planning to bring the Mammoth down. 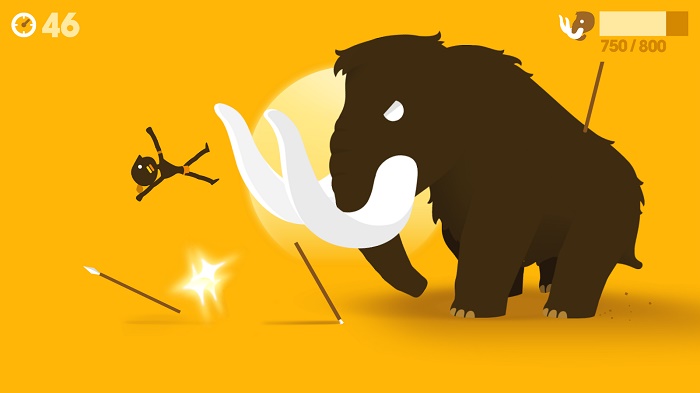 The game’s concept might make animal activists a bit cross, but who cares when killing time by killing a virtual mammoth makes you do some thumb exercises. Hunt for it on the Play Store and let yourself have some mammoth fun.

Mars Mars is a game that uses Material Design to the hilt. You control a Martian explorer and help him/her land on landing stations placed parallel to each other. With limited jet-pack fuel and tricky two-finger controls, it makes for a challenging gameplay. Plus, the beautiful Material Design themed environment with gorgeous colors only adds to the experience of your space exploration saga. You do get to choose between various characters like aliens and machines that are tastefully designed. With a package size of around 49 MB, we assure that it would be tremendous fun exploring a Material Designed Mars on your own. 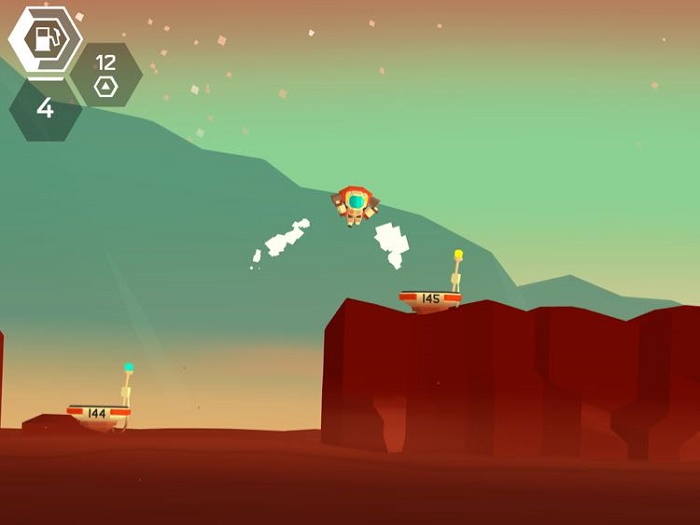 Missiles! is a game that’s simple, challenging and cute. You fly a Material Design aircraft or space shuttle (depending on what you choose) in the sky, avoiding random rockets to collect power-ups and points (which you need to unlock new aircraft). Its touch controls require an immense amount of precision and concentration while you are at it. Couple that with cool sound effects of the aircraft and you have something that proves to be a great time-killer. There’s a paid version available that removes the advertisements, but the free version is enough to let you take on the skies. 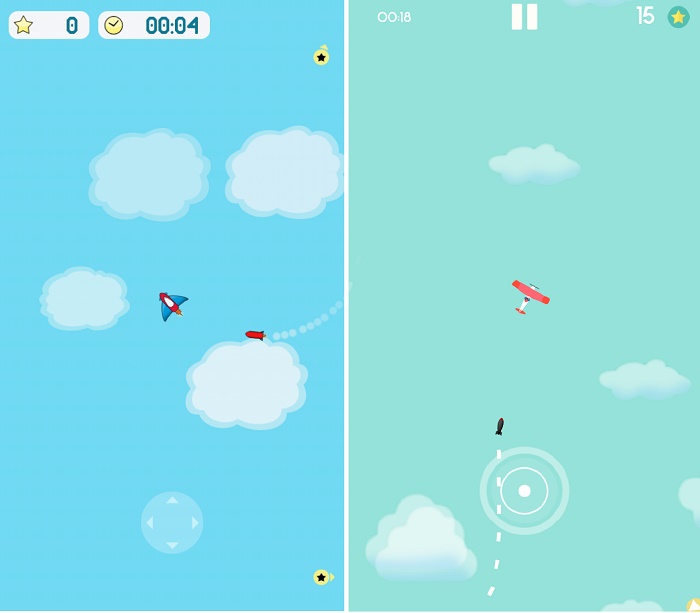 Limbo proves that colors are not always a necessity to make a game appealing to people. It is a beautiful, gloomy Black & White take on the Material Design based games. You play as a little boy, looking for his lost sister in a hostile and dark world, filled with obstacles. Coming from the console world, the on-screen controls are excellent and so is the background music. We were astonished by the physics of the game and the detailing that went into it. Being awarded by major tech magazines, this has to be on the list of “must have games for Android”. There’s a demo available for you to try it out before you pay for the full unlocked version. 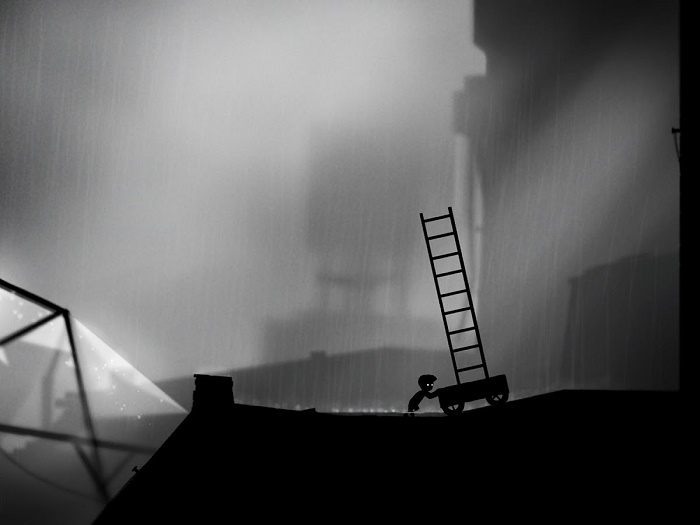 Remember Pacman? If you do, then you will feel that Tap Tap Dash is a modern and “inspired” take on the original, draped in Material Design. You control various animals running on a path and collect points in the form of dots. The more points you collect, the more characters you will be able to unlock. Over time, the speed of your character increases incrementally, requiring you to put in full concentration. The sound effects are quirky and fun for every character, making this an engaging play for hours. Overall, the game is very colorful, immensely challenging and engaging for every age group. 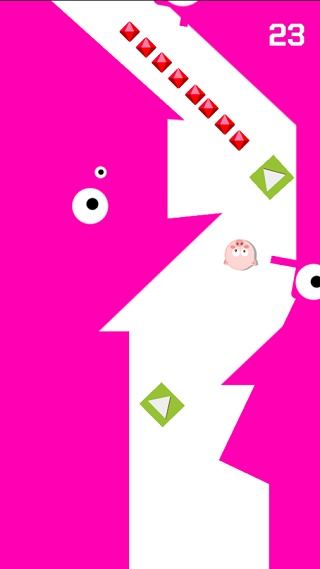 No, this is not the one from your old Nokia phone. Bounce is one highly challenging game that only looks simple and easy. Dressed in Material Design, it puts you in a world that has weird obstacles through which you have to take your ball and score points. You can slow down or speed up time occasionally to pass the challenging stages along with power-ups to keep yourself engaged. Our opinion – it is one of those few games which are easy to grasp but hard to put down. 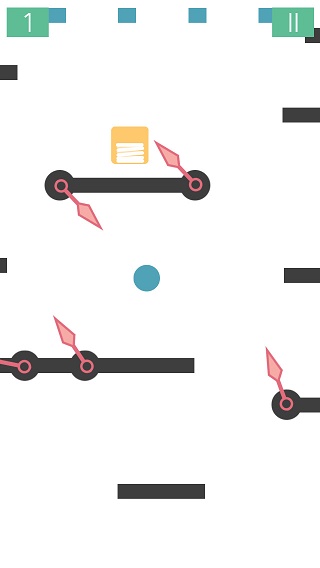 Being another Material Design wonder from its developer Ketchapp, Swing takes you on a rope-jumping adventure, in a world that seems to be nicked from the Mario games (which is not necessarily a bad thing). You need to draw the rope up to an extent that will help you swing across parallel platforms. You might find the physics of the game not much intimidating and the levels to be monotonous, to which even we would nod. But, as a time-killing game, it has the capability to keep you engaged for hours. Swing over to the Play Store and try it out yourself. 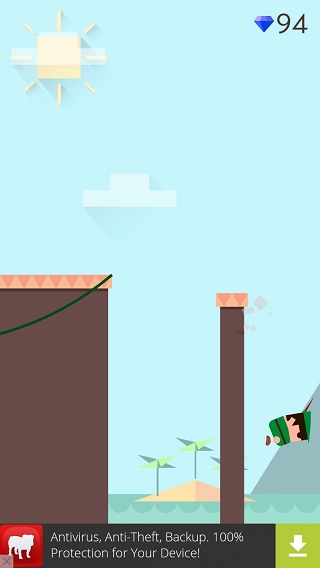 Who thought that a simple and minimalistic design language can make simple concepts into amazing games! However, there is one important fact to consider that these games run decently on low-end devices without compromising on the experience. Plus, they never fail to amaze with Material Design’s eye-catching visual qualities.

If you think that you can suggest us another such game, do write about it in the comments section below.