The concept of smart wearables isn’t something entirely new. For a long time, fitness trackers and smartwatches like the old Sony Ericsson LiveView have existed, and have enjoyed a niche market share with gadget aficionados who just have to have the latest and greatest, no matter how weird (at least in looks) the product is. With Android Wear, for the first time, smartwatches became a proper product category of their own, with standardization in features and interface and appearances that made the devices look more watch and less science fiction gadgetry. The platform is consistently gaining more traction with Android users, and with that, the Google Play Store also keeps piling up with newer apps that will run on your Android Wear smartwatch.

I personally find my ASUS Zenwatch highly useful, not just for the notifications that it constantly provides, but also because Android Wear is really powerful when it comes to providing quick responses to text messages, emails, or even playing music when driving. However, how about playing games on your wrist? While it doesn’t fit the serious gaming category, Android Wear has some pretty decent games on offer in the Google Play Store that you can waste hours on without breaking sweat. On that casual gaming note, here’s our collection of the 15 must have games for Android Wear. 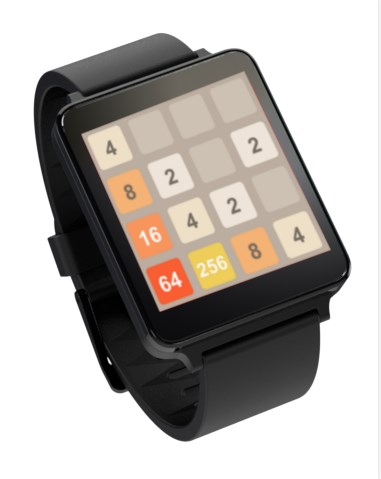 2048 took the world by storm as soon as it was released, and the game enjoyed massive success across every platform that it was released. The premise is pretty straightforward – you get a set of numbered tiles that you keep merging to get consistently higher numbers, and the objective is to merge similar tiles to achieve the (almost unattainable) 2048 tile. While the concept is simple, this puzzler can keep you occupied for hours on end, and with the Android Wear variant of the game, you can waste those hours away on your wrist in a neat 4×4 grid with swipe gestures. No more boredom at work or school! 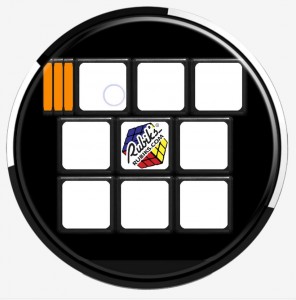 Rubik’s cube has been widely acclaimed as one of the most challenging mathematical/logical puzzles out there, and there are a number of games that emulate the experience across iPhone and Android alike. With this app, you get a Rubik’s cube to play with on your Android Wear smart watch. Naturally, the small screen here poses a challenge, which Rubik’s cube for Android Wear addresses by providing pinch to zoom and swiping gestures. On the plus side, this app installs the same version of the game on your connected Android smartphone as well, providing the best of both worlds if you’re into puzzles like this. 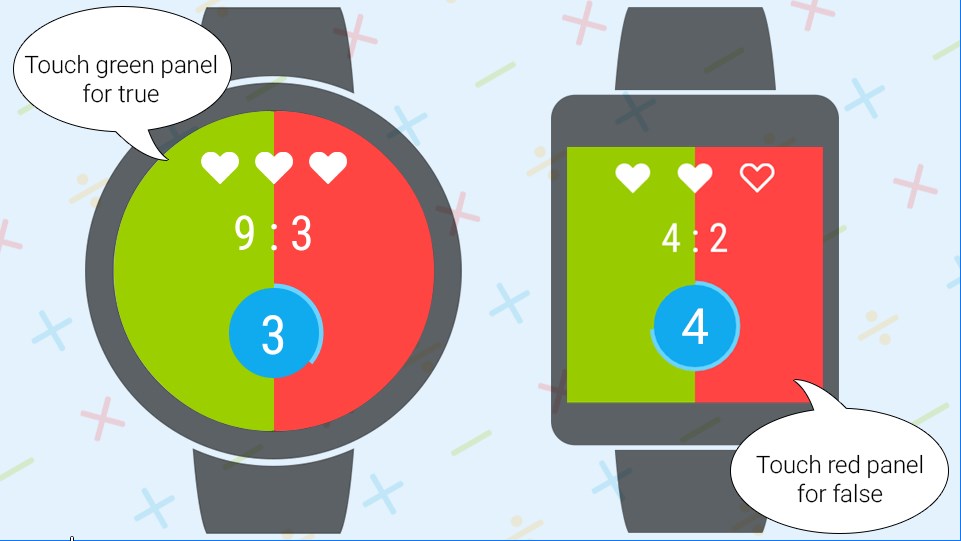 It makes sense that most of the games playable on a wrist-wearable should be of the puzzle genre, and that is why you’ll find most of the titles in Google Play Store of that nature. Math it! is a title that will come in handy if you want to pump your brain for action with some quick fire mathematical questions. The game displays a number of mathematical equations on your wrist along side a possible answer, and you need to indicate whether it’s correct or not. As you progress, not only does your score keep accumulating but the equations get harder, too. This app, too, installs a full game on your phone as well. 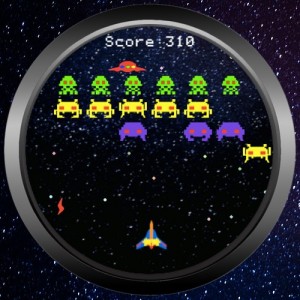 This arcade title is like a marriage between Space Invaders and Galaxian, right on your Android Wear smart watch. Galaxia offers wrist control for a space ship that will fight against hordes of aliens and asteroids alike. Graphics are neat, and there is even a retro mode for those who enjoy this sort of thing. The title costs merely a dollar, so it’s worth the investment if retro games are your thing for your Android Wear smart watch. 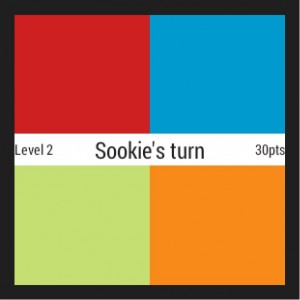 Sookie says is a memory game that you’ll play on your smart watch. The concept of the game is really simple, with challenging game play. You have four colored boxes on the screen that will blink in a pattern, and you have to remember and replicate that sequence by tapping on the same boxes. As you progress, the sequences become longer and longer, and the challenge harder. Good fun if you want to sharpen your memory.

Compatibility: Android 4.2 and up 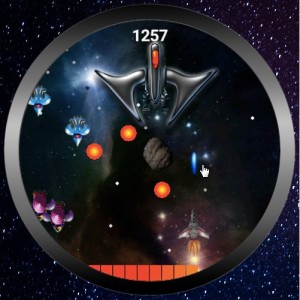 Space Wars is your classing vertical-scrolling shoot-em-up game for Android Wear. The game features stellar graphics (for Android Wear of course) and puts you in control of a space ship that you can control to hit and destroy incoming enemies, either through wrist movement or tap control. Decent title if you want more than casual gaming on your smart watch. 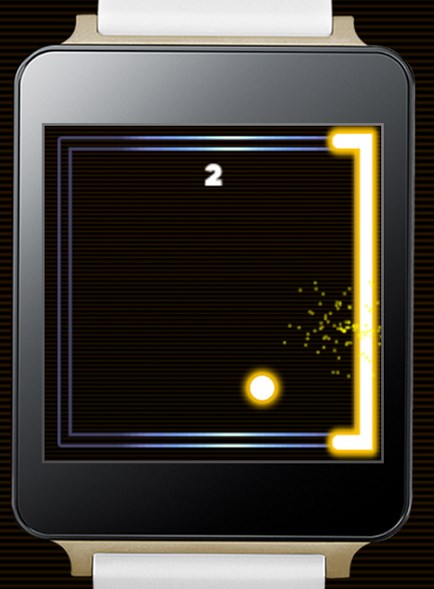 A simple game with a simple objective – prevent the ball from escaping the screen. You start off with a randomly moving ball in the center of the screen, just like gas molecules, and it would try to go off one of the screen edges. Tap the edge before the ball strikes to create a barrier, pushing it in the opposite direction. The game gets frantically faster as you progress, and you’d love this title through and through no matter what kind of games you like. 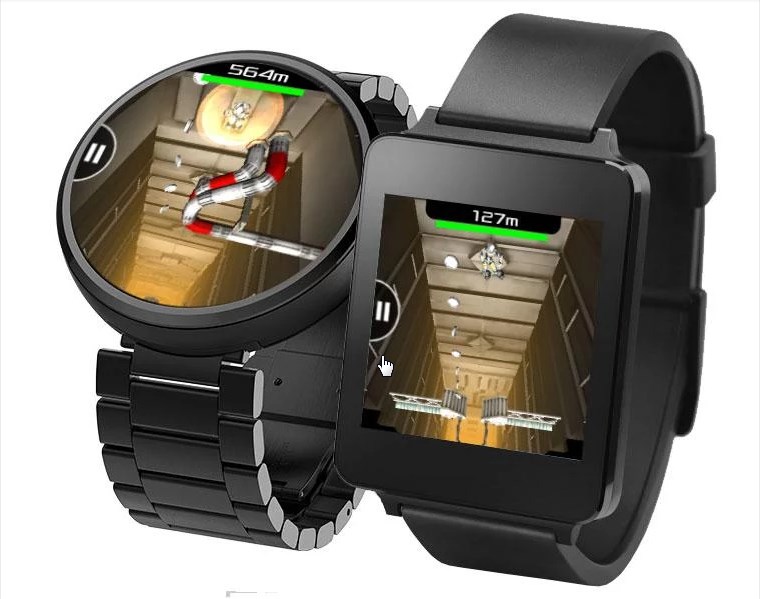 The first Android Wear game in this list that features 3D graphics. Wear Droid tells the story of a professor who creates droids and leaves them for you test for durability. This obstacle course title features progressive gameplay where you can unlock different kinds of robots as you move forward. This is one of those titles that you will want to have on your smart watch just so you can show off. 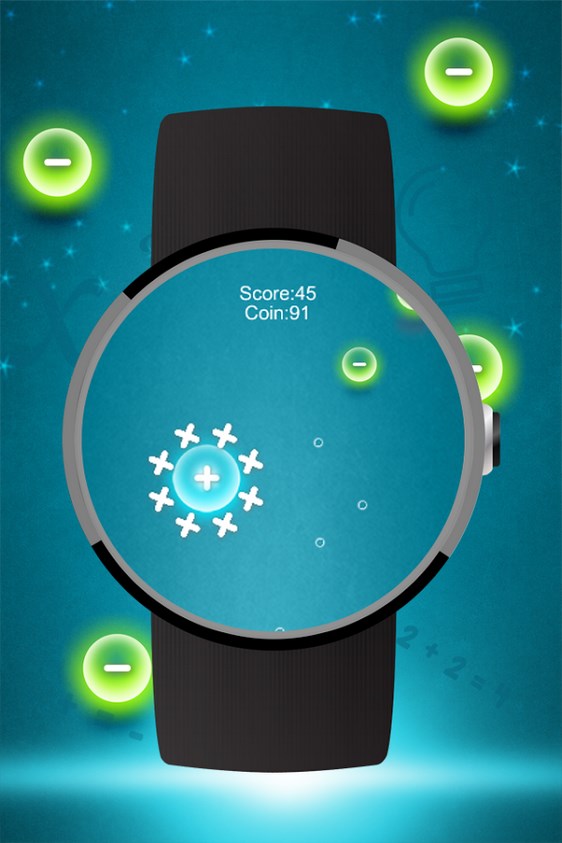 Repulsion is an addictive finger-runner for Android Wear that can be truly frustrating in its gameplay. The objective is to pick the object with either the plus or minus sign, and navigate it through a twisting and turning path whilst avoiding the opposite sign. If you think it sounds easy, think again; the small screen of your smart watch will make you go nuts with this title.

Compatibility: Android 4.4 and up 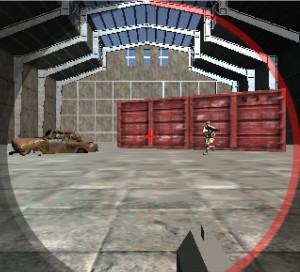 Don’t judge this game by its title, literally. While it says it’s for the Moto 360, it works fine on just about any Android Wear device, although it gets a weird landscape rotation on square devices. This title is a first person shooter for smart watches which, in my personal opinion, is a must-have title for showing off what these smart devices are capable of. The gameplay is simple and straightforward, and you move around by rotating your wrist, making control all the more challenging. Since it’s a free title, I strongly urge you to give it a shot. 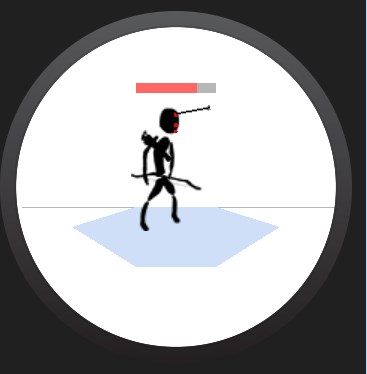 A simple archery game for Android Wear which pits you against a computer opponent that you need to defeat to move to the next levels. The graphics are simple, and there’s nothing to write home about there. The gameplay is engaging, though, and will keep you playing as long as your smart watch’s battery lasts. 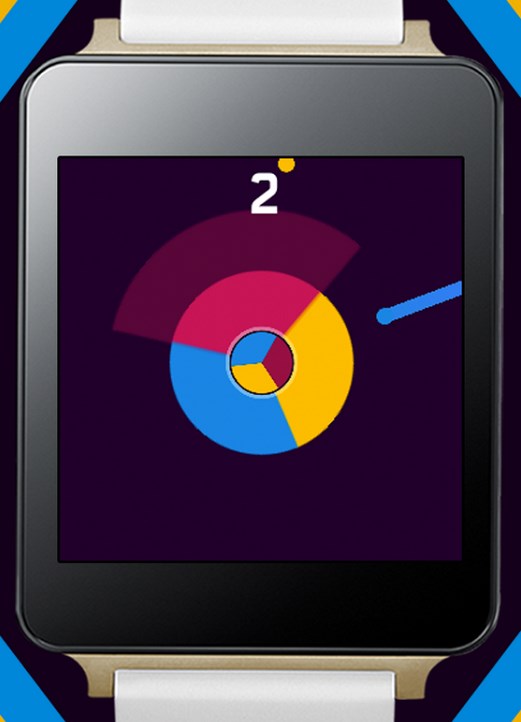 Remember those old arcade games that required catching stuff falling from the sky? Swirl Attack mimics that experience on your Android Wear smart watch, with touch based control of a 360-rotating circle that attracts balls of different colors, and you need to catch them at the right angle of the circle. If the description sounds confusing, the gameplay will puzzle you even further, because like similar games of the puzzle genre, this title, too, becomes progressively more difficult. 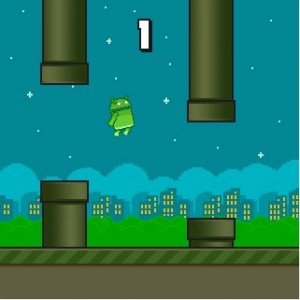 OK, so who isn’t familiar with the frustrating, agonizing, and virally-popular Flappy Bird? This game is a knock off of the addictive title on your Android Wear, where you need to navigate a Google Droid through pipes. What makes Flopsy Droid even more frustrating than the actual Flappy Bird is the small screen that you have to play with, which makes judging the upcoming pipes more difficult. Take it for a spin, and be careful not to smash your smart watch’s screen in annoyance.

14. Save the Troops – Android Wear 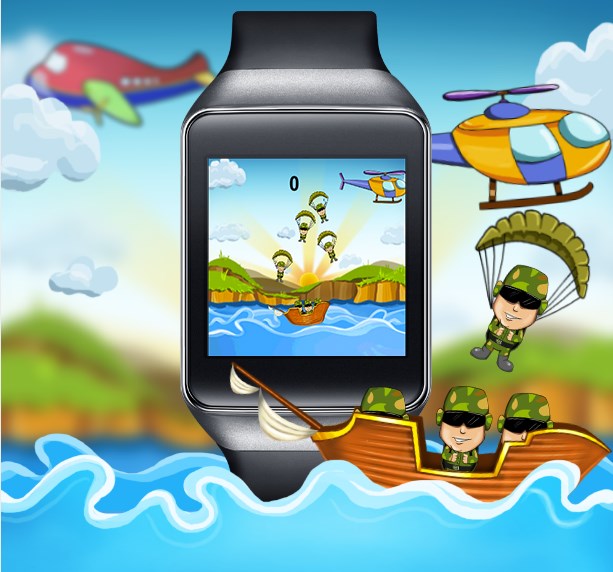 Another “catch-em-all” genre game, where paratroopers are falling from the sky and you get to catch them in your boat before they fell in the river and meet their demise. Controls are both tap and orientation based, and if you like you use your smart watch for more futuristic outlook when gaming, motion-based control is a better choice for this title. This game also features in-app purchases to unlock content, and has pleasing graphics that are neither stellar nor really cartoonish. Since the title is free, it’s probably worth checking out for yourself. 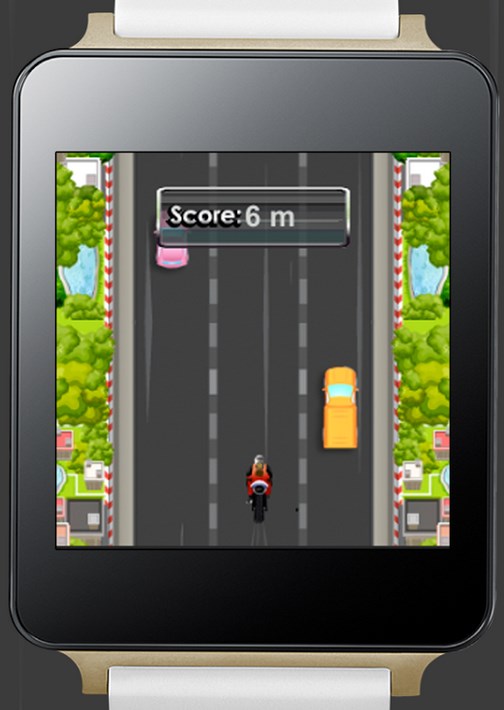 Wear Rider will satiate the speed buff inside you with its high-speed traffic-dodging gameplay. This game is basically an endless runner where you navigate a bike through traffic while avoiding collisions. Different stunts give you more score, and, as you’d have come to expect by now, the gameplay will become more and more difficult as you move forth. This free title works well on any Android Wear smart watch, and is worth trying out.

Compatibility: Android 4.4 and up

That concludes our top picks for Android Wear games. Do you have recommendations? Sound off in comments below.