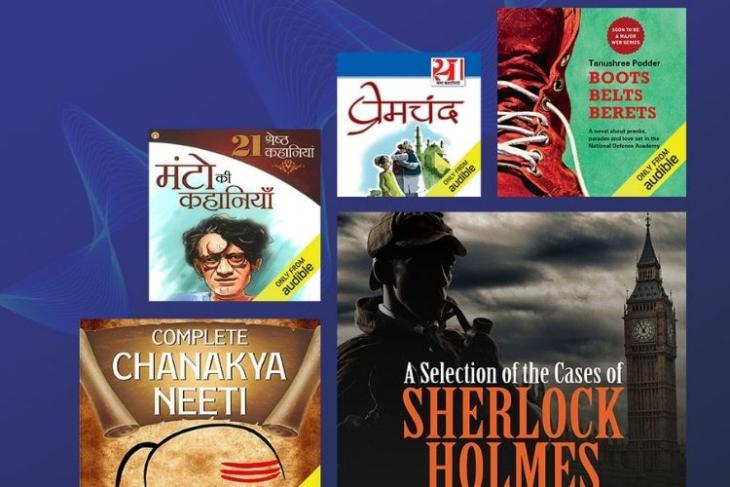 Audible has announced over 100 free audiobook titles for users in India. People can access both the English and Hindi audiobooks for free via Alexa on various devices such as Amazon Echo, Fire TV range, and more devices that support Amazon’s voice assistant. Here’s a look at the free titles.

English titles such as A Selection of the Cases of Sherlock Holmes written by Arthur Conan Doyle, A Tale of Two Cities written by Charles Dickens, The Complete Chanakya Neeti (English) written by R.P. Jain, The Mystic Sinners written by Proyashi Barua, and On the Double written by Tanushree Podder are a part of the list.

All these new titles can be accessed hands-free and work seamlessly, especially when a user changes the device. Users can pick from where an audiobook was paused on a previous device on a new one.

To get started with an audiobook for free, users are simply required to summon Alexa by saying “Alexa, what’s free from Audible?” — be it in English or Hindi. Following this, they will get access to all the free books and can choose to play the title of their choice. Users can also get Alexa to play individual titles by saying “Alexa, Read [name of audiobook]” either in Hindi or English.

This announcement comes after Audibles recently introduces its Audible Plus subscription, which allows subscribers to get access to over 15,000 Audiobooks for free. The plan also includes access to podcasts and can be bought for Rs 199/ month. There’s also a 30-day free trial. The new titles dismiss the need for users to subscribe to Audible. The company is expected to introduce more free Audiobooks in the coming months.

15 Best Audible Alternatives You Should Try

Amazon is Much Bigger Than You Think; Here’s How Vast Its Empire Is

With Chetan Bhagat On Board, Amazon May Finally Launch Audible in India