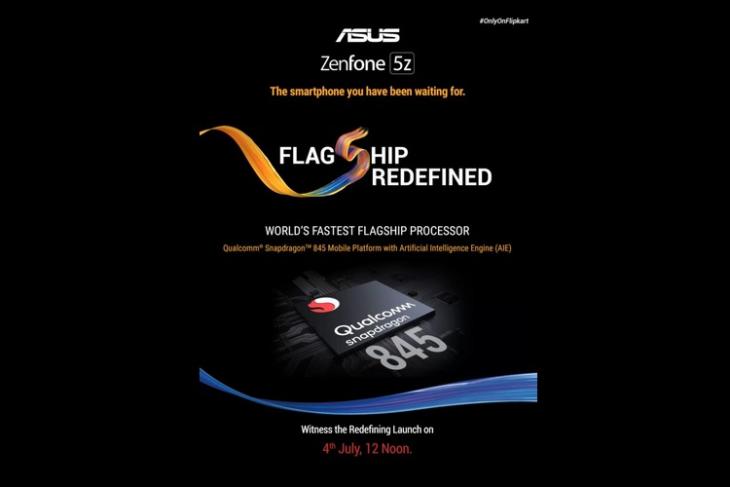 Flipkart has been teasing the launch of a new flagship smartphone for the past few days. It has now been officially confirmed that the device in question is the Asus Zenfone 5z, the Taiwanese company’s flagship smartphone which was launched at MWC 2018 back in February.

An official teaser poster from Asus has revealed that the Zenfone 5z will be launched as a Flipkart exclusive smartphone on July 4, 2018. The e-commerce giant is expected to make official announcement later today.

The Zenfone 5z’s design received considerable flak for ripping off the iPhone X, however, seeing as it’s not the only phone maker to add a notch this year, Asus is sticking to a trend in the market. But there is no doubt that the device does pack a punch, thanks to its impressive specs which include Qualcomm’s top-of-the-line SoC.

Here are its key specs:

As expected, there is no word on the pricing of the Zenfone 5z in India, but going by the smartphone’s price tag in other markets, it might be priced around Rs. 32,000, making it one of the most affordable smartphones to pack the Snapdragon 845 SoC. At that price point, the Zenfone 5z can emerge as a strong rival for the OnePlus 6, the current success story in the affordable flagship segment.