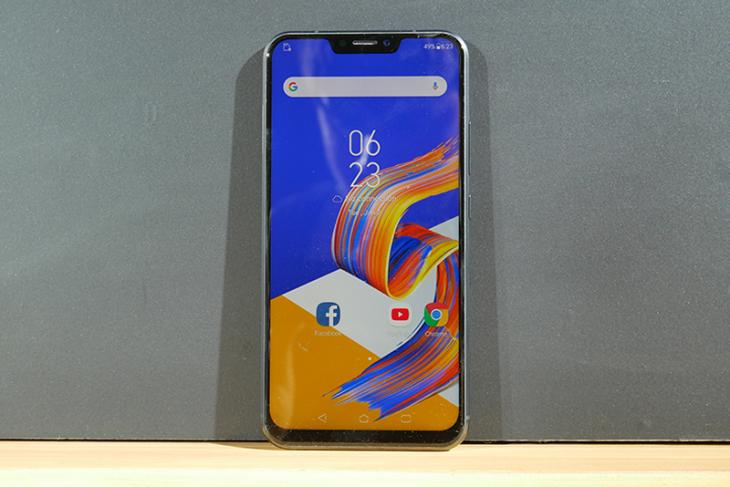 Asus is yet again striving to enter the premium smartphone segment in India and has unveiled the Asus Zenfone 5Z, which starts at Rs. 29,999. The Zenfone 5Z is a powerful device, running on Snapdragon 845, and sports up to 8GB of RAM. Asus also claims that the 5Z uses AI to make the user experience more delightful and even pump more life into the battery.

In terms of its appearance, the Zenfone 5Z comes with a glass-clad body that is marvelous to look at. The cameras on this device are promised to be virtuosos and Asus didn’t check itself while openly bashing the only the competitor which currently reigns the segment – OnePlus 6. Asus also contends that the Zenfone 5Z is the “smartest phone ever [available] in India“. 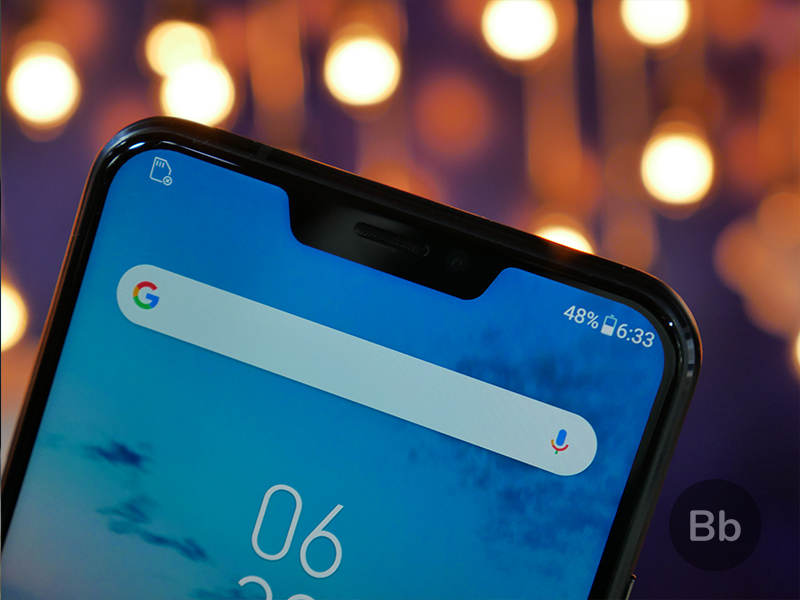 Ever since the smartphone first took the stage at MWC 2018, it has been highly anticipated. And now that it’s finally here, we put Asus’ claims about the stunning performance to test, briefly at the launch event.

These are our initial opinions about the Asus Zenfone 5Z:

The Asus Zenfone 5Z has nearly all the design elements as any other smartphone in the segment, such as a notch, dual cameras, skinny bezels, dual speakers, and the list goes on. Despite this, Asus has managed to scoop out space unoccupied by any other smartphone-maker and the Zenfone 5Z looks unique, unlike any other competitors. 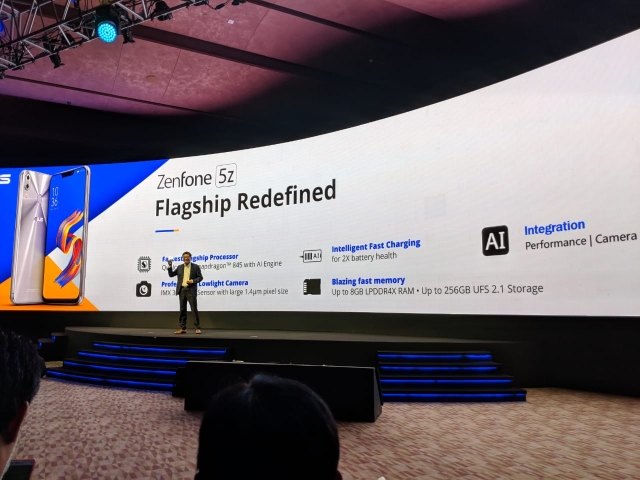 I found myself really attracted by the boxy, yet minimal, design until I really looked at the back for the first time. After laying my eyes on the shimmery back, I found the reflective patterns really enticing. But the use of glass on both the front and the back allowed fingerprints to follow in pretty quickly. 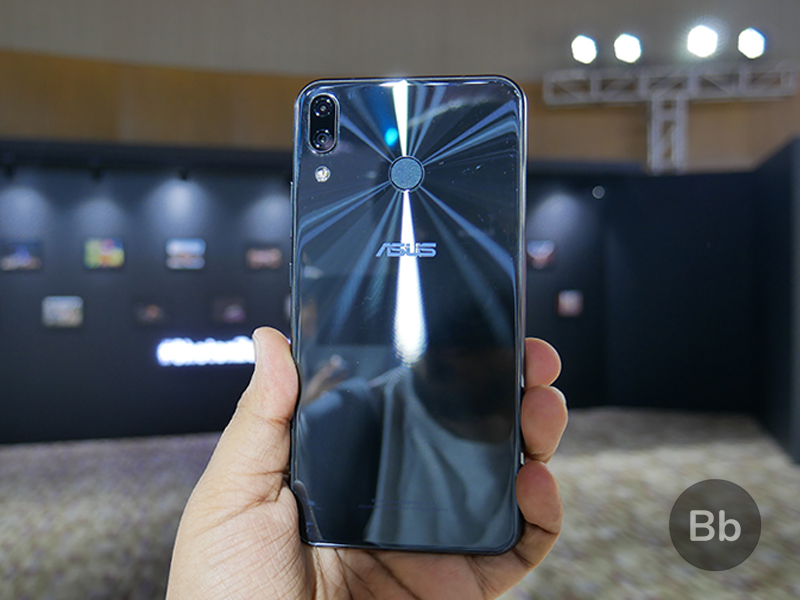 We had to wipe the device multiple times and rubbing the glass surfaces to clean them also attracted dust (due to static electricity). Asus supplies an almost-transparent TPU case in the packaging, so you can still choose to flaunt the sparkly back without worrying too much about shattering the glass back or even leaving unwanted fingerprints.

Overall, the smartphone’s design is pretty attractive, the buttons and the fingerprint scanner are conveniently placed, and the camera bump is minimal and can be easily overlooked. The Zenfone 5Z also sports three microphones to cancel noise more effectively.

The 6.2-inch display Full HD+ display is another attractive feature of the Zenfone 5Z. It comes with a notch which allowed Asus to stretch the display to attain an aspect ratio of 19:9. Like most other phones with a notch, the notch can be hidden to make this an 18:9 display. 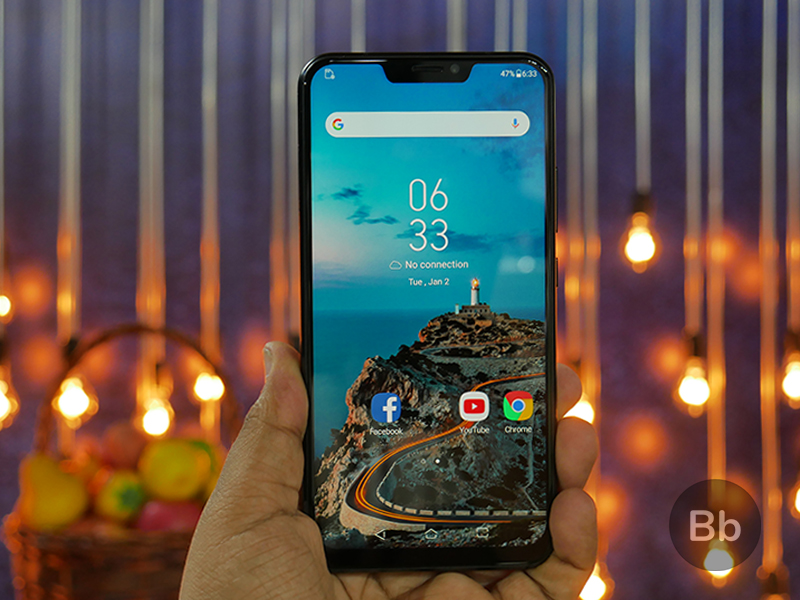 Asus claims that the display is super bright at 550 nits and covers 100% of the DCI-P3 color gamut. While I could not verify the numbers, I found the display to be very pleasant. Despite being an LCD, the colors are warm and very rich and keeping it side-by-side with my current fav – the OnePlus 6, I was moved to see the similarity in colors and sharpness despite different technologies.

The display gets really bright indoors but we did not have a chance to test its performance under sunlight. We expect to judge better after thorough testing.

The camera on the Asus Zenfone 5Z is very appealing. The company spent a major portion of the launch presentation boasting about the camera and also roped in a pro photographer, Joseph Radhik, to talk about the smartphone’s remarkable camera skills. 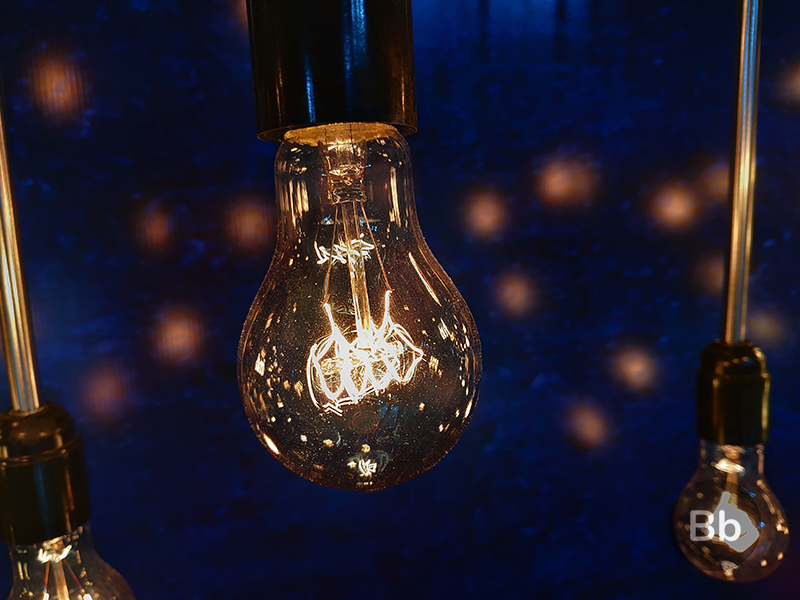 Indeed, the dual cameras on the Zenfone 5Z do complete justice to the claims made by the company. In spite of being indoors, I found the photographs to be very clear and bang-on-target in terms of color accuracy. Asus employs the secondary sensor of the rear camera for portrait shots and frames of a wider sweep.

The device also has a super-resolution mode which clicks 48-megapixel images by stitching four shots together. In different lighting conditions, the smartphone’s rear camera performed fairly well and we can’t wait to put it to rigorous testing. 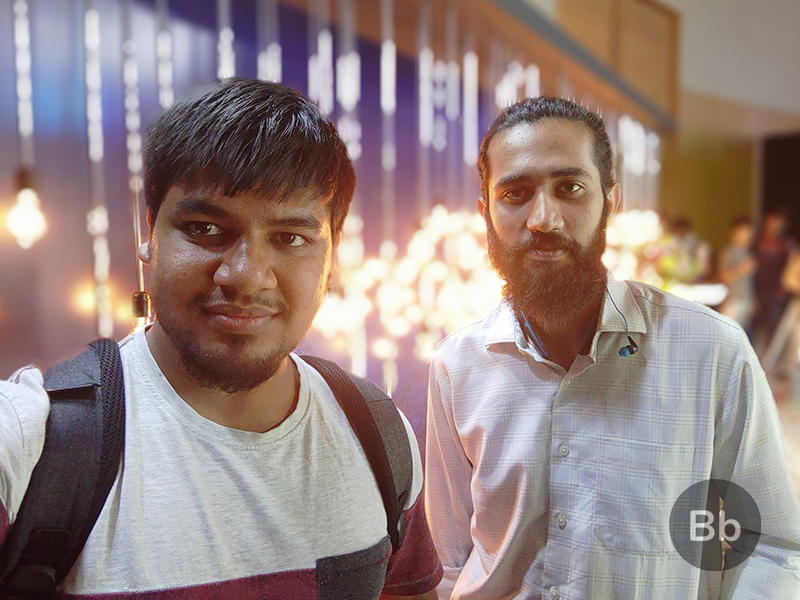 On the other hand, the selfie camera – although skillful – fails to impress the same way as the rear setup. While we have no complaints in terms of the camera’s ability to manage exposure, the shots that we captured were not highly detailed. Secondly, while Asus uses AI to measure the amount of beautification the subject’s face needs, I found its effects to be overblown and the amount of flattening in the images was peeving.

At times, the front camera missed edges while taking portrait shots but that is an issue which plagues almost every device with a single selfie camera. Overall, the smartphone seems really dependable in terms of the quality of photographs and we hope to delve more into it in our review of the Zenfone 5Z.

The Asus Zenfone 5Z has top-of-the-line Snapdragon 845 firing it up while the company also offers options between 6GB and 8GB of RAM. Asus, which is also the maker of some of the best gaming laptops as well as the stunning ROG phone, claims that the smartphone performs better than competitors and did not shy away from openly comparing performance with the OnePlus 6. 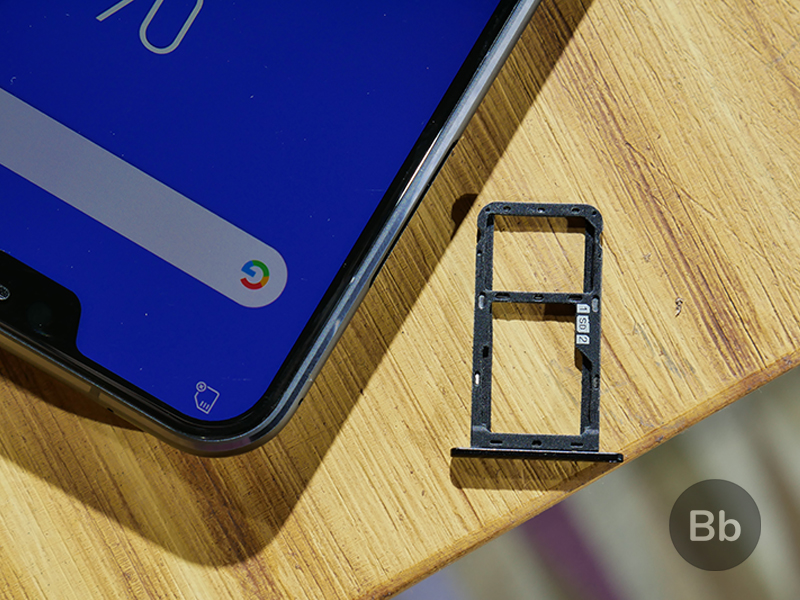 In terms of storage, there are options between 64GB, 128GB, and 256GB. If that’s not sufficient, the smartphone also offers a hybrid SIM slot which supports MicroSD cards up to 2TB. The smartphone retains the headphone jack as well as supports Hi-Res audio playback through USB-C headsets. Overall, the smartphone is well equipped and feels sturdy.

The smartphone sports Asus’ custom skin – ZenUI – and the Android version running on this device is Oreo 8.0.0. Asus did not talk about a prospective timeline for the Android P update but the smartphone should get it soon after the final build is released by Google. Sadly, there is no Android beta program for the smartphone. 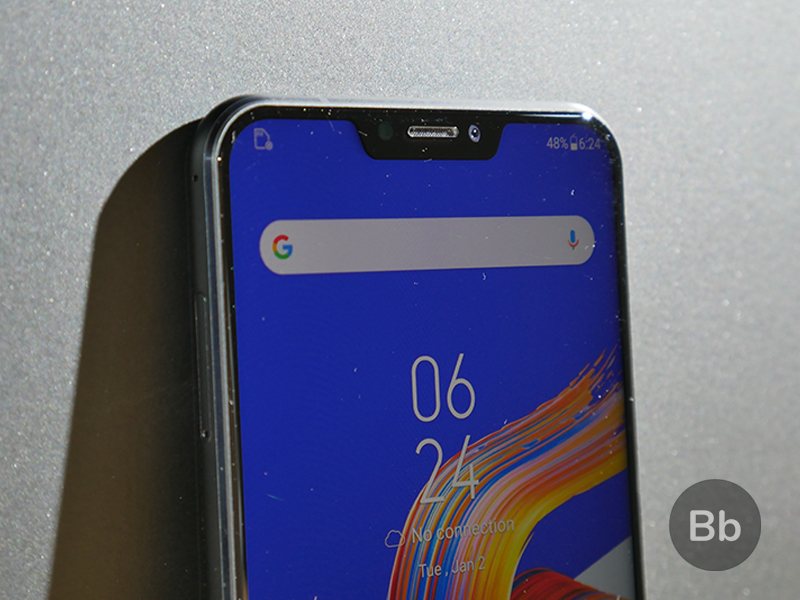 With the latest update, Asus has polished ZenUI to make it subtle and serene. The animations are relatively slower, compared to the OnePlus 6, but we did not observe any lag in performance. The only pain point is the smartphone still being stuck on Android 8.0.0 and we hope Asus updates that soon.

The Asus Zenfone 5Z is a compelling contender for the crown in the affordable-flagship segment, which is currently lopsided towards OnePlus. The company has priced the smartphone very strategically and Asus has announced special offers to make the deal sweeter. 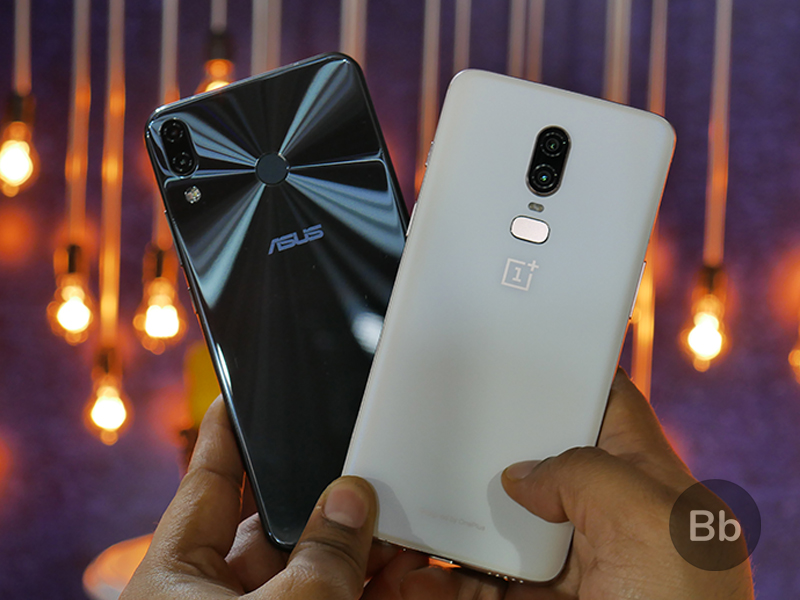 The smartphone goes on sale starting July 9 for the price of Rs. 29,999 and will be exclusively available via Flipkart. We hope to bring you the full review of the Asus Zenfone 5Z well within time to help you make a good decision about its performance.