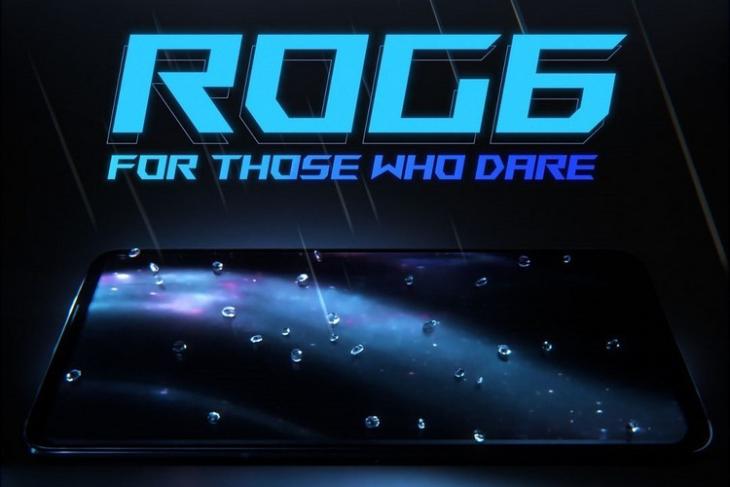 After confirming the launch of its next-gen gaming flagship device, the ROG Phone 6, earlier this month, Asus has been teasing some of the key features of its upcoming smartphone. And now, we have details on its water resistance and heat dissipation capabilities. Check out the details below.

It is also revealed that the phone will sport an advanced cooling system to reduce throttling. Asus recently took to Twitter to confirm both the above features of the upcoming ROG Phone 6. You can check out both the tweets attached right below.

Now, other than the above features, Asus has not yet revealed any other specs and features of the ROG Phone 6. However, rumors suggest that the device will sport a 6.78-inch Full HD+ OLED display with support for a 165Hz refresh rate. It is also expected to come with 64MP triple cameras, up to 16GB of RAM, and up to 1TB of internal storage. And much like its predecessor, the device is slated to be fueled by a 6,000mAh battery with support for 65W fast charging.

As for the design, although Asus is yet to fully reveal the look of the ROG Phone 6, the device was recently spotted on the Chinese certification website TENAA. As per the listed images, the ROG Phone 6 will come in a similar design that we saw in Asus’ patents earlier this year. You can check out the possible design of the ROG Phone 6 in the image attached right below.

So, if you are a mobile gamer looking to upgrade your pocket-gaming machine, catch the ROG Phone 6 launch live on July 5 on the company’s official website and our website too for all the updates. Also, let us know your thoughts on the upcoming ROG device in the comments below.