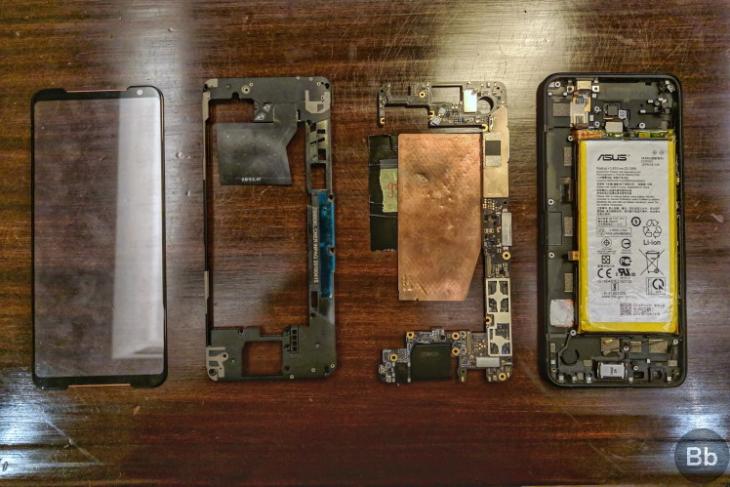 After a multitude of leaks over the past week, Asus ROG Phone 2 has finally gone official with a number of world-first features in tow. This gaming phone offers you a 120Hz/1ms AMOLED display, flagship dual-cameras, a humongous battery, and a triple-layer cooling system. Well, we all know the hardware that makes the ROG Phone 2 but we have got a closer look at the internals of this gaming phone for you.

When we went hands-on with the ROG Phone 2 earlier last week, Asus disassembled a ROG Phone 2 in front of us and showed us the internals of the device. So, here’s a first look at what makes the ROG Phone 2.

Starting off from the front, you can see the glass panel for the ROG Phone 2 with thinner bezels and the front camera cutout sitting in the middle in the image attached below. On either side of the front panel sit the antenna and NFC panels that are placed into the ROG Phone 2 once all the other internal components have been set in place. 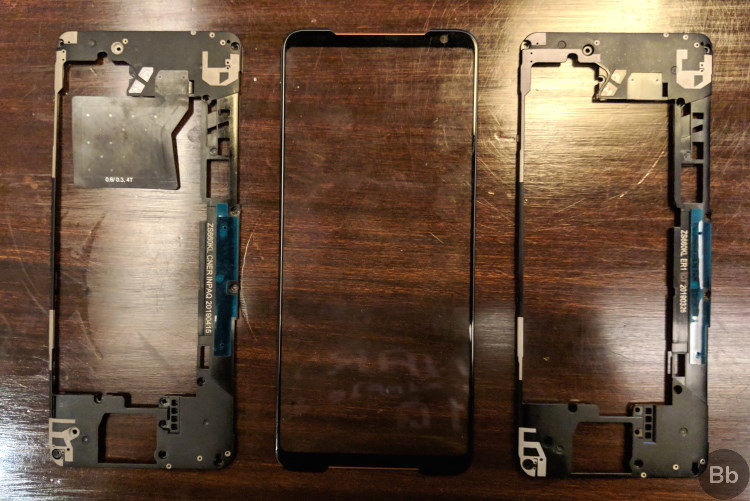 Since this is a gaming phone, the thermals and performance are of utmost importance to users as they don’t want a disrupted gameplay experience. Asus ROG Phone 2 has taken this into account and included a massive vapor chamber and graphite pads for quick heat dissipation. This is the same thermal structure that we have already seen on the original ROG Phone, but it’s cool to have first-hand experience with the internals yourself. 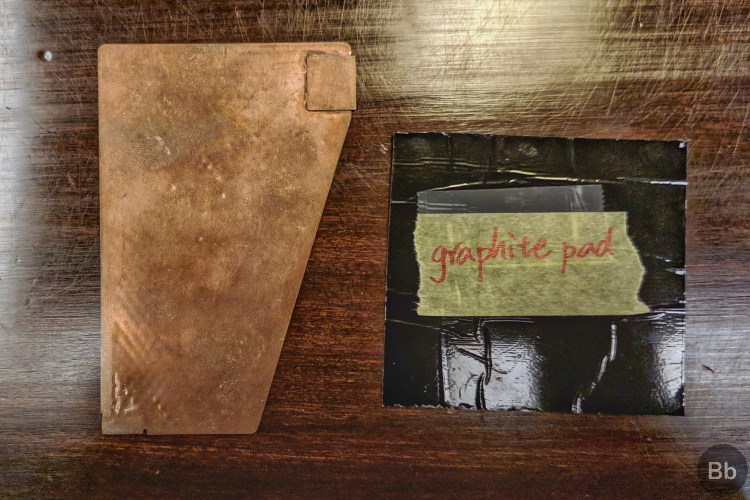 If you’re a tinkerer or someone who’s interested in circuitry, well, then you’ll find the PCB design of the ROG Phone 2 to be rather fascinating. Asus has gone with an L-shaped PCB design (not counting the second PCB with the charging port) because of the space constraints in the body.

Now, we all know Asus has included a humongous 6,000mAh battery pack into the ROG Phone 2 and that left little to no space for a standard layout. I quite liked this layout, so check it out below. You can also notice cutouts for the vibration motor, the earpiece and selfie camera. The copper heat spreader is also visible in the image here. 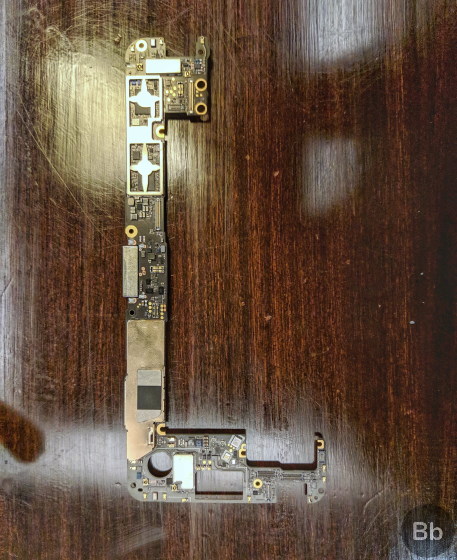 Finally, let’s take a look at the piece of hardware that will enable you to play PUBG Mobile for hours-on-end. Yeah, we’re talking about the massive piece which fits into this intricate puzzle and completes this gaming beast. The image shown below is upside-down to keep the Asus branding straight-up, but you can notice that the battery connects to the USB-C port at the bottom. You can also see the opening for selfie lens at the bottom right and a speaker next to it. 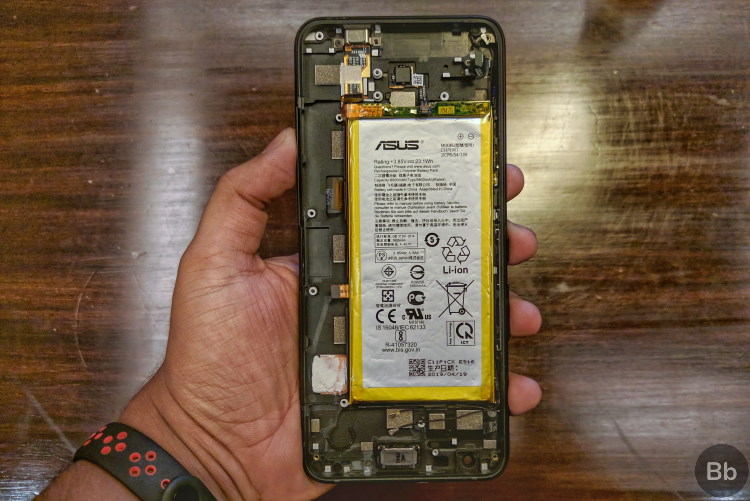 Well, that was a quick look at the internals guts of the Asus ROG Phone 2. This is a power-packed smartphone that caters to not just pro mobile gamers, which are plenty in India but also strives to tackle the premium flagship segment with the hardware specs to boast. What are your thoughts on ROG Phone 2? Let us know in the comments below.