Today, Apple has published its Transparency report for the second half of 2017. And like every year, it features requests for customer and device data received from government agencies during the 1st July – 31st December period. But, the Cupertino giant today said that it will soon start reporting app takedown requests as well.

With this change, you will be able to learn about the number of times a government agency has tried to take down an app (maybe, Telegram was one of them!?) in trying to block its access in the country. Apple will not only mention the number of requests received but also the total number of requests they approved to pull down an app from the App Store. In the second biannual Transparency Report, Apple has stated that,

Starting with the Transparency Report period July 1 – December 31 2018, Apple will report on Government requests to take down Apps from the App Store in instances related to alleged violations of legal and/or policy provisions.

As you can see, Apple will start reporting data on app takedown from the second half of this year but it does not say whether it will name the apps or not. 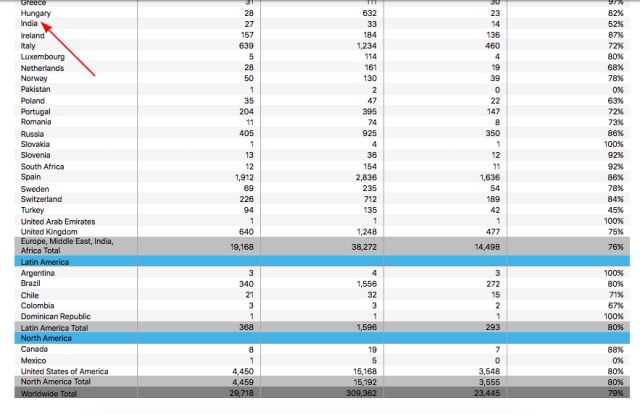 The company also received 3,358 requests for data access to 10,786 accounts, including iCloud content, stored photos, email, contacts, and device backups. But, Apple provided legal and law enforcement agencies access in 82 percent of the cases, which was topped off the huge number (around 16,000) of national security orders.