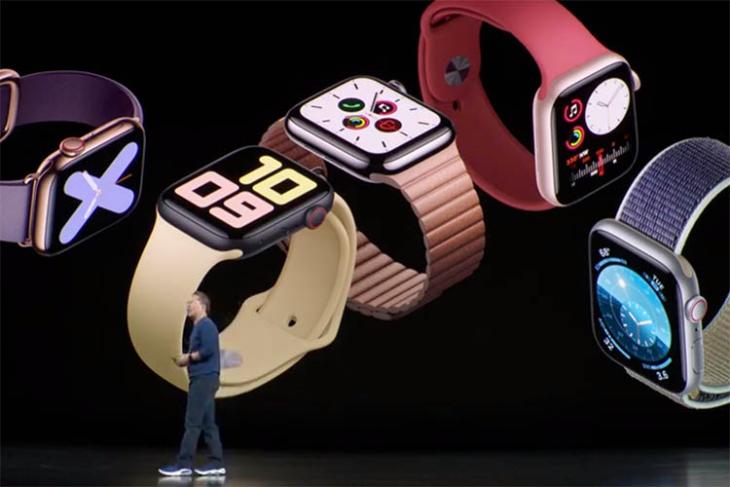 One of the biggest changes in the Series 5 is the addition of a new Always on Display which is finally now available on the Apple Watch. For this, the company is using a new low power display driver, a new ambient light sensor, and what the company claims is the only LTPO display out there in a watch which can set dynamic refresh rates for the display from up to 60Hz all the way down to 1Hz, for extra battery saving.

The Apple Watch Series 5 will also come with compass, which users can add to their home screen as well. The company has also improved emergency calling in its LTE models, which will now allow users to call emergency services in over 100 countries even without an iPhone.

The Apple Watch Series 5 starts at $399 for the GPS model, and $499 for the LTE model. The watch can be pre-ordered starting today itself, and will go on sale starting September 20.