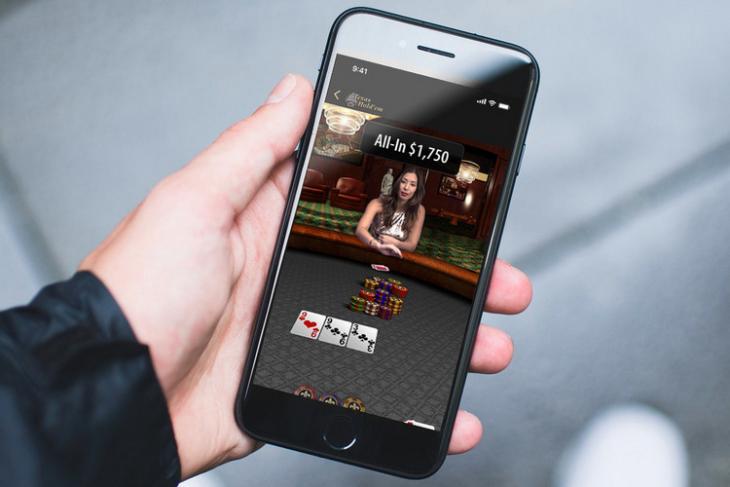 To celebrate the 10-year anniversary of its App Store, Apple has revived the classic iOS card game, ‘Texas Hold’em’, thirteen years after it was originally launched on the iPod. Texas Hold’em v2.0 brings new characters, more challenging gameplay, enhanced graphics and, unlike the original version, is also free-to-play. According to the game’s official App Store listing, it has been “re-designed, re-rendered and re-built to use high-resolution graphics” for better visuals.

Texas Hold’em lets gamers play against up to twenty-four realistic opponents, but it also has a multiplayer mode that allows players to pit their skills against up to eight of their friends over Wi-Fi. “Use all of the hints, tips, tells, and your mastery to gain access to more challenging locations with higher stakes and even bigger rewards!”, said Apple. It also offers a choice of ten distinctive locations, including Las Vegas, Paris, Macau and more.

In case you don’t know it already, Apple’s Texas Hold’em was originally launched on the iPod in 2006 before making its way to the App Store in 2008. Yes, this is technically the 11th anniversary of the App Store, which launched in 2008, a year after Steve Jobs unveiled the iconic first-gen iPhone, but don’t tell that to Apple.

According to its App Store listing page, the new version of Texas Hold’em comes with a download size of 1.5GB, and is compatible with iPhones, iPads and iPod touch devices running iOS 12.0 or later. As mentioned already, the game is entirely free-to-play with no in-app purchases, and works both online and off.