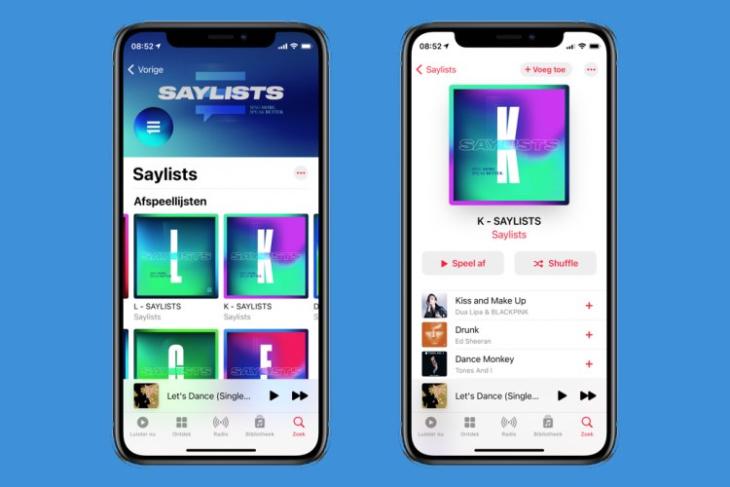 As per a report by BBC, one in every twelve children in the United Kingdom is said to suffer from some sort of speech-sound disability/disorder (SSD). As a result, Apple worked with Warner Music to develop the said Apple Music feature that will use algorithms to find songs with challenging lyrics and sounds.

Now, the purpose of “Saylists” would be to offer users songs that would have repeating sounds such as “ch…”, “g…”, “k…”, “z…”, and others. This is because getting people with SSD to repeat hard and challenging sounds is one of the most successful therapeutic strategies to treat the disorder.

So in this case, the algorithm developed by Apple in collaboration with Warner Music will scour 70 million songs on Apple Music to find songs that would be helpful for users with SSD. As of now, the algorithm has selected 173 such songs which include Lizzo’s Good as Hell and Right There, Dua Lipa’s Don’t Start Now, and Fatboy Slim’s Right Now.

On Apple Music, if you search for “Saylists,” then you will get dedicated playlists for the aforementioned sounds. For instance, there are Saylists for Z-sound songs, T-sound songs, S-sound songs, and many other similar ones. The featured artists of these Saylists include Dj Tiesto, Tones And I, Rihanna, Michael Jackson, Jack Black, and many more. 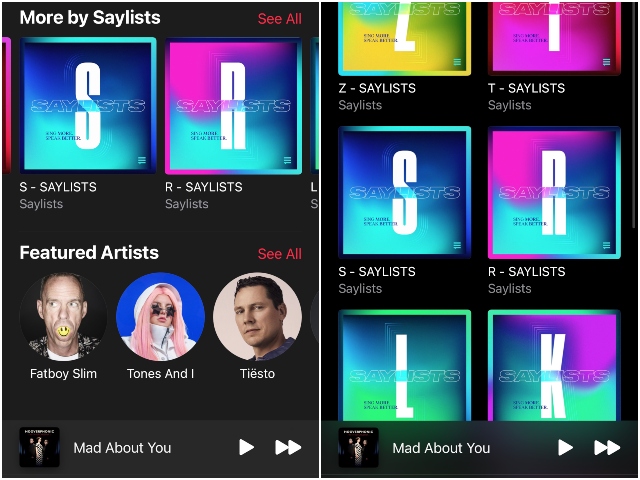 Saylists are available on Apple Music on compatible devices. So, you can search for them on any of your devices that use for the streaming service. If you suffer from any kind of speech-sound disorder, then I’d suggest you give these a listen once in a while.

“We’re always pleased to hear about innovative approaches that support speech-and-language therapists in their work. As with all new techniques and tools, we recommend effective evaluation and monitoring of outcomes,” Kamini Gadhok, the Chief Executive at the Royal College of Speech and Language Therapist told BBC.