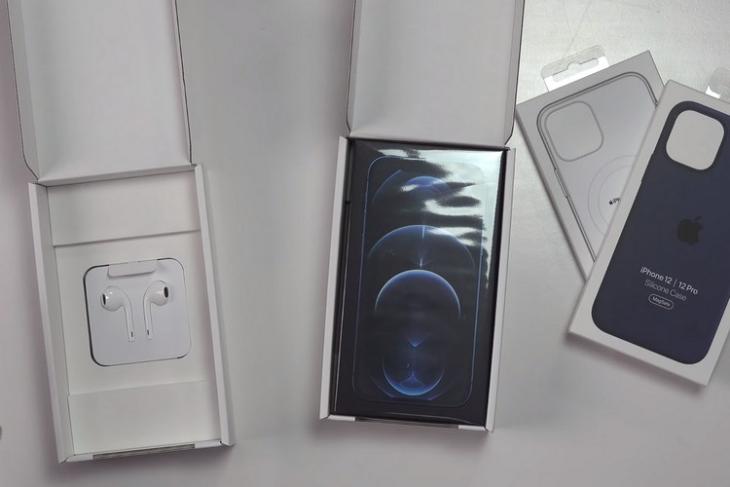 Following the removal of the power adapter from the Apple Watch box, Apple created yet another controversy by removing the EarPods and power adapter from the iPhone 12 boxes. However, one country, in which the Cupertino giant still needs to include the EarPods with its mobile devices, is France. So, the company made a separate box just for its earphones for the French customers.

France, if you didn’t know, is the only country in the world where smartphone makers are obligated to include a “hands-free kit” for the customers, as per government laws. This, according to the government, is to protect children under 14 from the potential risk of electromagnetic waves from smartphones.

Now, as Apple removed the additional accessories from the iPhone boxes, they made a new, much smaller retail box for its mobile devices. We already saw these slim boxes which only contain the device, a USB-C charging cable, and a single Apple sticker. So, clearly, there is no space for Apple to pack the mandatory “hands-free kit” in these boxes.

Moreover, these new boxes are consistent worldwide, and France is not an exception in this. However, the obligation to include the EarPods in France led Apple to produce an additional box, just for the earphones.

This outer box, according to the reports, is much larger than the new boxes and comes with no branding. In fact, the new, slim box of the iPhone comes packed inside this big white box. And the EarPods sit right at the bottom of it.

Now, I don’t really understand this. Apple removed the accessories and made the boxes smaller to reduce waste and carbon emissions in the environment. So, what is the point of the massive box for the tiny EarPods? Won’t this be an environmental issue as well?

However, these questions do not matter as this is Apple we are talking about. They will always have those sweet marketing terms to convince people that they are right, right?