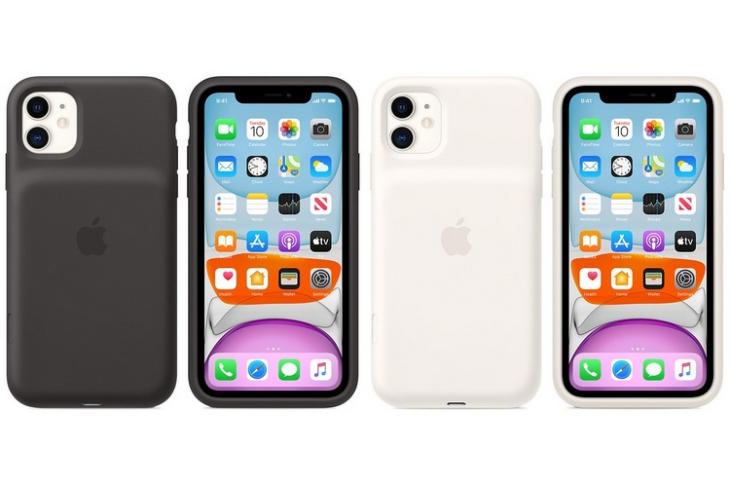 Apple on Wednesday launched an array of ‘smart’ battery cases for the iPhone 11, 11 Pro and 11 Pro Max that look fairly similar to the iPhone XS-series cases from last year, except for the square cutouts at the back. However, they also come with a hardware button that can be used to activate the phone’s camera app even when it’s locked. A quick press of the button takes a photo, while holding it down will record videos using the new QuickTake feature. The button works for selfies as well, said the company.

As with all things Apple, the cases don’t come cheap, and have $129 price-tags irrespective of the model. They are made from silicone and have what Apple describes as a ‘silky, soft-touch finish’ on the exterior. Inside, they have a soft microfiber lining to protect the phone from scrapes and bruises. The devices also have a soft elastomer hinge design that makes it easy to put it on and take it off.

As for the battery packs in these cases, there’s no official specification listed on the Apple web-store, but the company claims they will provide up to 50 percent additional battery life. The Smart Battery Case is also compatible with Qi-certified chargers and can be charged simultaneously with the phone, said the company. They also support Lightning accessories, such as the EarPods with Lightning Connector.

Apple is offering the cases in Black, White and Pink Sand for the iPhone 11 Pro and Pro Max, but the iPhone 11 version comes only in black and white. As mentioned already, they cost $129 a pop, and you can buy them from the official Apple web-store.