Skip to content
Home News Latest 9.7-inch iPad Up For Pre-order on Flipkart From Rs 28,000, with Exchange and EMI Offers 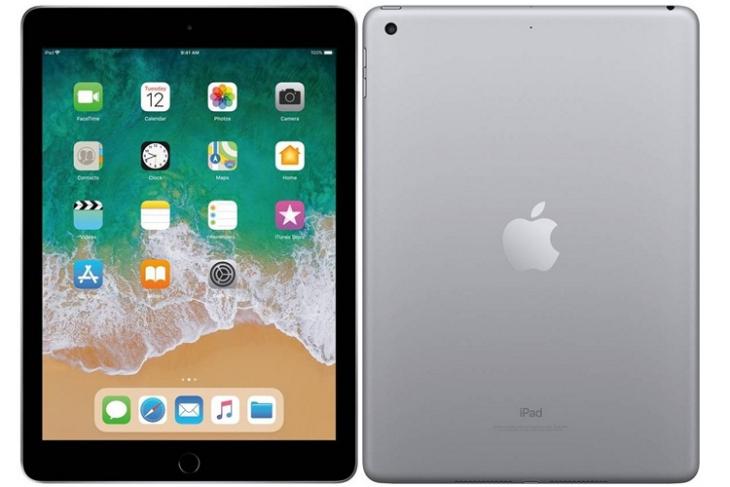 Apple’s latest 9.7-inch iPad model is now up for pre-order on Flipkart, just a couple of short weeks after it was announced at the company’s Education event in the US. Pricing for the brand new device starts from Rs 28,000 in the country, and it comes in four different variants including Wi-Fi and Cellular (4G LTE) models. The devices are being offered in Silver, Gold and Space Gray color options, and while the high-end models will start shipping from April 20, the more affordable ones will apparently only be available from April 25 onwards. 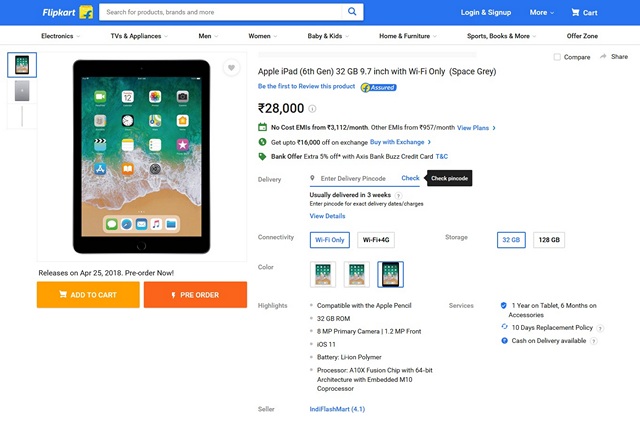 Right now, there are not a whole lot of offers and discounts available for early birds, although, Axis Bank Buzz credit card holders are entitled to get a 5 percent discount. Buyers looking to exchange their old tablets can also look forward to getting up to Rs. 16,000 off. There are also zero-interest EMI options available from Rs. 3,112 month.

It is worth noting here that even though these devices are supposed to be ‘affordable’ ones, Apple continues to price them at a significant premium in India as compared to the US, where they are priced between $329 (around Rs. 21,500) and $559 (around Rs. 36,500). It’s also worth mentioning that all four of these models also supports the Apple Pencil, although, that has to be purchased separately for Rs. 8,000.