Skip to content
Home News Apple to Bring Back iMac Pro with a Big Display, Improved Chip, and More 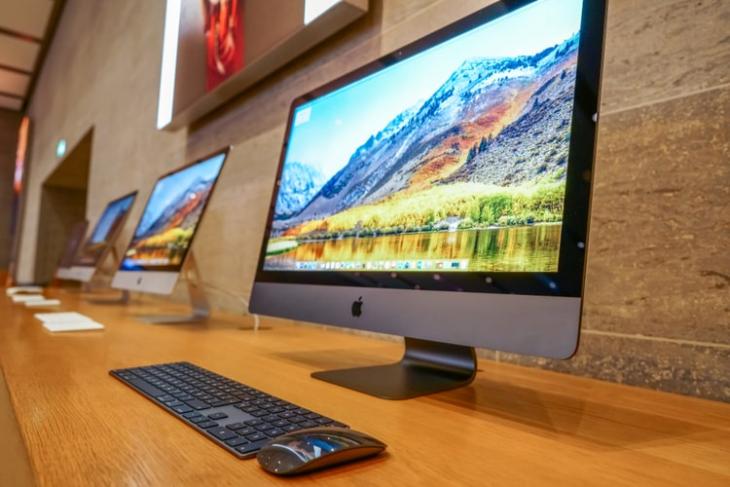 Before launching the new colorful M1-based iMacs last year, Apple updated its iMac Pro line with SSDs and nano texture displays back in 2020. Now, it seems like the company will refresh the iMac Pro, first launched back in 2017, with improved chips, a display bigger than the current iMac, and more for a professional-grade touch.

Apple to Release a Rebranded iMac Pro in 2022

Bloomberg’s Mark Gurman, in his latest Power On newsletter, suggests that Apple will release a rebranded iMac Pro that will be “bigger than the current 24-inch” iMac model. But, he adds that it will come with a similar design as the latest M1 iMac models. Hence, the upcoming iMac Pro will not come with the black side-bezels, which is a huge relief.

“My expectation is that we’ll get a new model this year that is bigger than the current 24-inch design and branded as an iMac Pro. That would mean it has similar chips to the M1 Pro and M1 Max processors inside of the MacBook Pro,” Gurman wrote in the newsletter. “I’d also expect the new iMac Pro to have a similar design to the current M1 iMac,” he further added.

While Gurman says that the upcoming iMac Pro will have a similar design as the current 24-inch iMac, it also hints at Apple’s preference for a more professional look for its “Pro” products. So, Apple might go for the Space Gray option, much like its first iMac Pro model, rather than going with the colorful design.

Under the hood, the new iMac Pro could feature the new M1 Pro or the M1 Max chips, seen on the latest MacBook Pro. The rumored M2 chip was also expected to power the iMac Pro but it might be reserved for the MacBook Air model (and even the future MacBook Pro models) slated to launch this year.

Moreover, as per a recent report by the Display Supply Chain Consultants (DSCC), Apple could release a 27-inch iMac with a miniLED display and support for its 120Hz ProMotion technology this year. So, this could be the iMac Pro model that Gurman is talking about.

The new iMac Pro is expected to be announced in the first quarter of 2022, along with the highly anticipated next-gen iPhone SE and an upgraded iPad Air. It remains to be seen what Apple really plans to do, so stay tuned for more information.