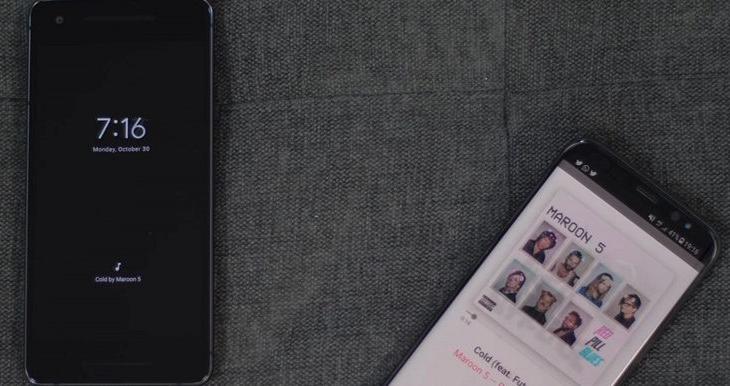 A new app on the Google Play Store promises to help users keep a log of all the songs from the Pixel 2 and Pixel 2 XL’s ‘Now Playing’ feature. Called “Now Playing Log”, the app comes with a $10 price-tag, but doesn’t need root access, which is good news if you’re using an un-rooted Pixel 2 or Pixel 2 XL. While there are already multiple apps that extend this functionality to Google’s latest smartphones, this one comes with an added feature that makes it stand apart from the crowd.

Through Google Map integration, this app not only logs the songs identified by Now Playing, but also tells you where you heard them. The developer, who goes by ‘call_me-miguel’ on Reddit, also uploaded the below screenshots to illustrate his point. 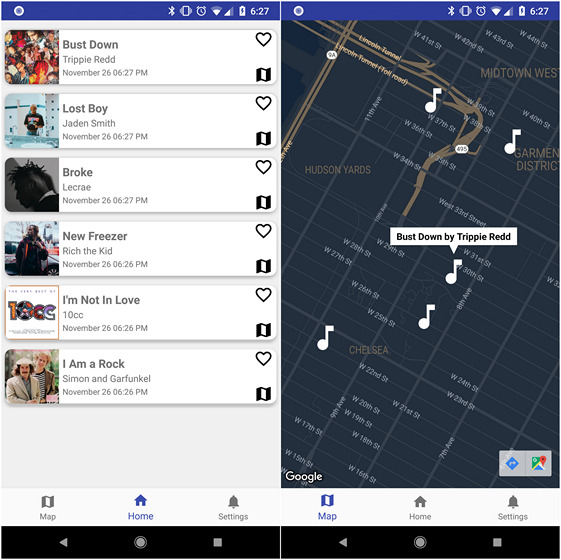 As can be seen from the screenshot on the left, the songs in the list are automatically sorted in chronological order, with the latest song at the very top and the earliest one at the bottom of the list. You can tap a song to play it on your phone, while long-pressing on the slide will give you options to share and see where you heard the song (screenshot on the right). Do note, however, that you will need to enable ‘Location’ access to the app for this functionality. Another cool thing is that the app will automatically download the album art for each song and display it in high resolution next to the track. In case you don’t want the song to be displayed, just swipe it away like standard notifications.

For the uninitiated, ‘Now Playing’ was one of the headline features of the Pixel 2 and Pixel 2 XL smartphones that were launched by Google earlier this year. It helps you detect songs that are playing nearby. It’s disabled by default, but you can turn it on by going over to Settings > Sound > Advanced Settings > Now Playing and flipping on the toggle switch.