Google has made the first Android Q beta available for all Pixel devices earlier this week and it brings numerous cool features in tow, including easy Wi-Fi sharing, native screen recording, and a sneaky system-wide dark mode.

You must’ve already read about the new material themed file manager in Android Q. The new app looks cleaner and reliable, but also includes a nifty feature which you might not have heard of. We’ve stumbled on the same while still toying around with the beta build. 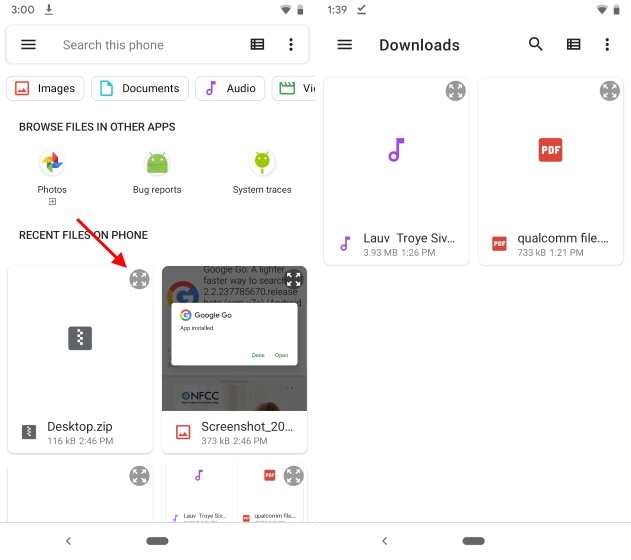 The native File Manager in Android Q is the default app for sharing or uploading files and now introduces an option to preview files before you attach them to an email, forward to WhatsApp contacts, or upload to Google Drive. As seen in the image below, you can now tap the ‘expand’ icon next to file names to preview them and double-check the file before sending them over to someone.

The preview feature in the file manager works not only for images and videos via the in-built viewer (can switch to third-party apps too), but you are free to see PDF files, audio files, and other file types before you share them as well. File types that are unsupported like ZIP or APK show an ‘unable to preview file’ banner. 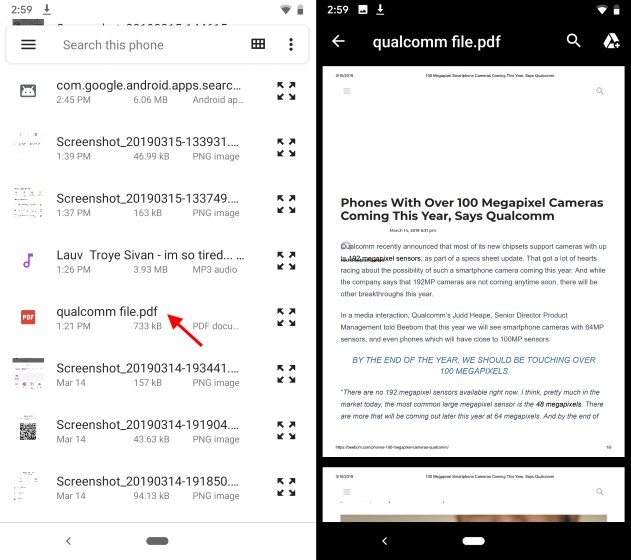 The new File Manager app on Android Q has been really improved, both in terms of looks and functionality, as compared to the files app on previous Android versions. You can now filter files on the basis of its types from the top bar itself and it has a dark mode too. So, it’s an all-around great app that’s in line with the refinements introduced with Android Q.

Have you gotten around to trying Android Q Beta 1? Let us know your thoughts in the comments below.